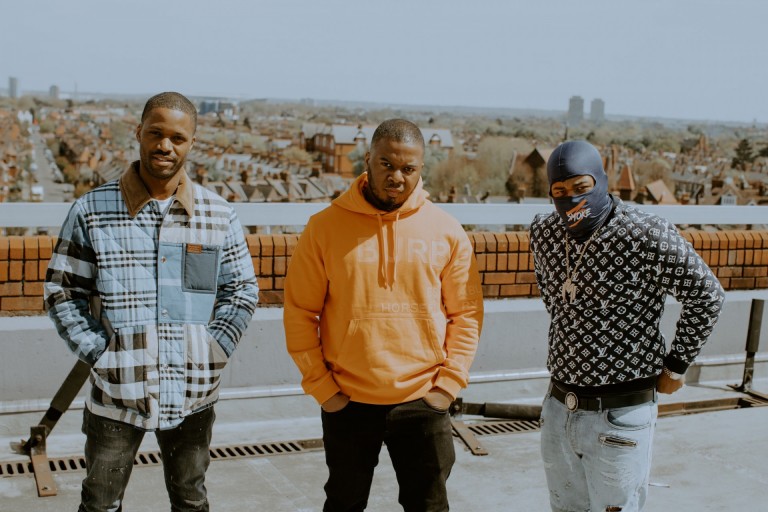 3SMOKE Are Reviving The Rap Group

In recent years, UK rap has seen a renaissance of crew culture, grime groups and MC alliances as the industry has evolved to crave unsuspecting collaborations and crossovers. Groups like YGG, Harlem Spartans, NSG & OFB  have redefined the redundant reputation of rap groups as an unprecedented opportunity to see the anarchistic assemblage of already individually successful artists under a new umbrella. Similarly, collaborative projects between hip-hop heavyweights like Headie One and RV & A1 + J1 have demonstrated that scene unification can form a far more lucrative landscape for British musicians than rivalries and fragmentation.

3Smoke are the latest talented triumvirate of lyrically lethal MCs uniting to sharpen their skills in the fire of the booth and push each other to new levels of artistic expression. Comprised of Paper Pabs, Bossman Birdie & Milli Major, 3Smoke ground their sound in the grit and grime of their darkest realities, blending each artist’s distinct style without degrading the originality of the individual. Although each MC comes from a reputable lineage in Grime, the 3Smoke sonic aesthetic sees each MC elevate out of their comfort zone and delve into more abstract experimentation with contemporary lo-fi drill beats.

From the 808 soaked basslines of their boasty standout single ‘Hoes & Trust’ to the balanced bounce that underpins the whole tape’s pocket-riddled percussion, 3Smoke deliver a masterclass in mastering and production. The quick-witted back and forth between the boys brings boundless energy to the project, adding an allure of age and experience to the dynamic of the group – reflective of their decades-long familiarity with each other as members of Meridian Crew & Bloodline Family. The pursuit for perfection is evident throughout the project as it’s clear each verse and quick-16 had been penned, workshopped and rewritten many times to match the authorial authority on offer from each competing MC.

The creative competition between the top-draw trio is apparent in the opening scene of the group’s accompanying documentary. 3Smoke: The Documentary is an unfiltered exploration of the group’s ever-expanding roots within British Black Music, shining a light on their individual turmoils and collective triumphs throughout their lives and on the road to recording this album. Paper Pabs, in his capacity as narrator throughout the doc, explains how the ‘too many cooks will spoil the broth’ analogy impacted the recording dynamic between the three turnt titans, adding that they nearly ‘killed each other’ while working out the kinks of their creation. However, whilst the hype and high octane hysteria in their music is evident upon first listen, it is their shared history of friendship and self-belief that becomes more transparent and endearing throughout the documentary.

3Smoke are certainly on our radar as a defining group of this new MC collective era and should be praised for their prowess as a unit, bending their singular brilliance for the betterment of the team, ultimately crafting a seamless and statement album that takes their Grime roots in Meridian Crew and adapts them for a contemporary clientele.