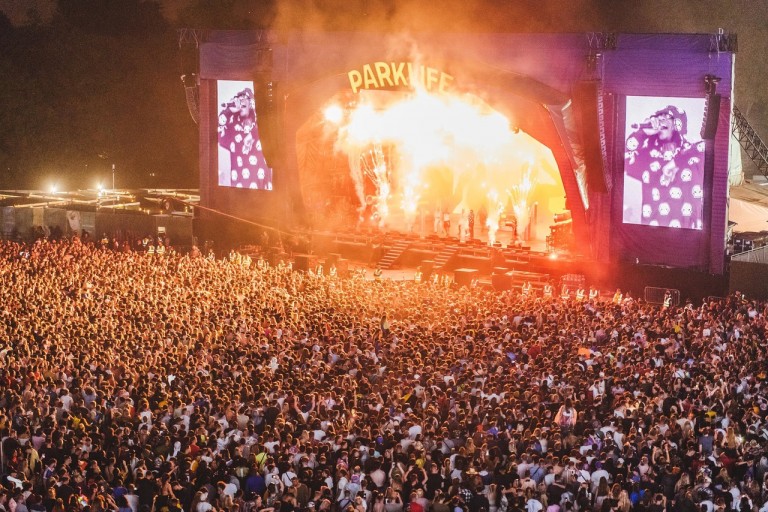 5 Acts at Parklife Not To Miss

Festival season is alive and kicking with Manchester’s most anticipated festival coming back next month. Taking place at Heaton Park on the 11th and 12th June, it is the perfect excuse to gather with a bunch of friends and enjoy the eclectic lineup whilst the sun is beaming. This is not the festival to miss! This year’s lineup has a wide variety, so whether you are a lover of rap, house or techno, there is an artist for everyone to vibe to.

To some, a festival may be seen as a mindless activity that some partake in but festivals have more depth than that. For many it is a liberating release from the pressures of life, a full weekend of enjoying familiar music and discovering new music. Not to mention the memories that will be made, will be discussed for a lifetime!

But of course we must mention this year’s headliners: 50 Cent will be headlining on Saturday Tyler, the Creator, Megan Thee Stallion and Lewis Capaldi to headline on Sunday. The electronic DJ duo Bicep will be headlining in the Valley. Which means well rounded music vibes all weekend. From rap to electronica, there is an artist for everyone to enjoy.

Economically speaking, it makes a lot of sense why people love to go to festivals, you get to see your favorites and many more for less. For some of these artists their normal tour prices are quite expensive, plus some have not even toured in the UK on their own. So Parklife is a great opportunity to see artists you may not get the opportunity to see this year. This year there are some heavy hitters that cannot be missed!

Tyler, the Creator (Sunday) – Tyler, the creator is a jack of all trades! He rose to fame as a rapper but he is also a songwriter, producer, visual artist and comedian. Known for his controversial lyrics and imagery, Tyler has made a big name for himself. At one point he was actually banned from the UK because of his vulgarity, which he referred to in his BRIT award acceptance speech for International Male Solo Artist. Over the years, his style and the content of his music has evolved, however some people only know as the “old” Tyler. 2019 was a big year for Tyler, the Creator; his most critically acclaimed album IGOR was released. This album won Tyler many awards including a Grammy for Best Rap Album.

Central Cee (Saturday) – If you have not heard of Central Cee, you must be living under a rock. He is currently one of the largest UK rappers at the moment. During 2020, he began to see commercial success with his songs Loading and Day in the Life. The following year he released his first mixtape Wild West which debuted at number 2 on the UK Album Chart. His music style blends elements of trap and drill music together creating a distinguishable sound which people are vibing with. In 2022, he was nominated for three BRIT awards and dropped a second mixtape called 23 which featured one of his biggest songs, Obsessed With You featuring Pink Pantheress. The song debuted on Tik Tok and went viral.

Pink Pantheress (Sunday) – TikTok played a part in this British singer’s exposure exploding, not just nationally but across the globe. Her first breakout single “Break it Off” debuted on the app in a 10 second clip and went viral, with the sound being used in others videos on the app only increased her popularity. On her debut mixtape many of her songs explore different themes including love, pain and betrayal. Her upbeat tempos and tone of voice keep the songs sonically light hearted however the lyrics are deeper and personal. Similar to submitting journal entries on your deepest secrets but in song form. She has a great ability of taking classic samples and making them her own. From Linkin Park to Sweet Female Attitude, her sample range includes a lot of different genres of music.

Tems (Sunday) – Tems is a star on the rise. The Nigerian singer popped onto the scene in 2018 after quitting her job to pursue music and dropped her debut single Mr Rebel. Her first EP Broken Ears was released in 2019, with one of her biggest songs Damages gathering over 2.7 million views on YouTube. 2021 was a big year for the artist as she featured on a song with Wizkid named Essence. The song literally exploded and went viral both on social media and in the charts when it was released off of Wizkid’s fourth album. It became the first Nigerian song to chart on the Billboard Hot 100 and Billboard Global 200, it even got nominated for a grammy. Everyone wants to know who Tems is and what she has to offer as an artist.

Kojey Radical (Saturday) – Kojey Radical is a multi-faceted powerhouse. Not only is he a musician but his artistry expands further in poetry, visual art and live performances. Whilst he was at university he released his debut EP, Dear Daisy in 2014. Kojey is an anomaly, there is no one truly like him as he is authentic to himself. In 2019, he released one of his most notable EPs, Cashmere Tears. His subject matter is faith, love, politics and turmoil everyday life can bring. He has a truly special way of connecting with an audience.