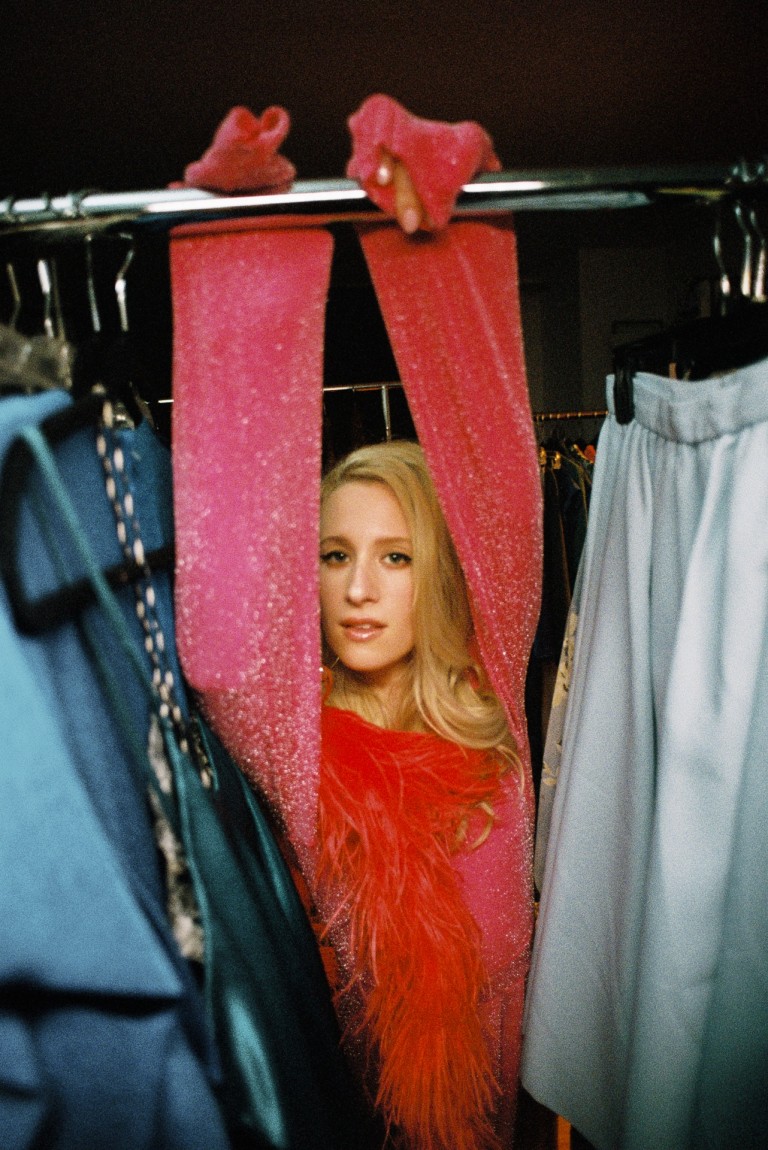 Marian Hill is the multi-platinum duo created by the two creatives, Sam and Jeremy. Their latest track entitled “SPINNIN” features Kemba & Steve Davit and is the team’s second single from their forthcoming third studio album ‘why can’t we just pretend?’

Chances are you’re familiar with the established duo- comprised of producer Jeremy Lloyd and vocalist Samantha Gongol. Apple featured the album’s single, “Down,” in an AirPods commercial boosting the infectious single to #21 on the Billboard 100, and pushing Marian Hill through the mainstream bubble. The duo has also played coveted late-night shows like Fallon, and have toured the world playing festivals such as Coachella and Lollapalooza.

Marian Hill has gained over 2.2 billion streams but, believe it or not, their album ‘why can’t we just pretend?’ was very close to not happening at all.

Before COVID, Sam and Jeremy had become so fatigued and jaded that they considered quitting. Then everything came to an end. They were apart for the first time in eight years. During those dark months, they reflected on how much Marian Hill meant to them and to all of their admirers throughout the years. The connection they discovered via their music was magical. And they understood they had to finish this album…

Marian Hill offered them the life they’d always wanted and kept them going during the darkest year of their lives. When Samantha turned 30 in her childhood bedroom and Jeremy began experiencing severe pain in both of his wrists, the music they created provided them with moments of delight to grasp onto in a world full of uncertainty.

Noctis Magazine chats with Sam and Jeremy from Marin Hill, in an interview below and discuss how the duo met, created their musical persona. We also find out more behind “SPINNIN”, their studio album ‘why can’t we just pretend?’ and get let into some of their future plans.

How did you guys get into music? Have you always wanted to pursue this career since a child?

S- I was always singing. I sang in my first-grade talent show, and I think from that point on my parents prioritized music; whether that was through lessons or shows or experiences. I’ve wanted to pursue this for a long time.

J- I was very lucky to grow up in a musical household – my dad is a choral director and composer and my mom and he would always be singing and playing the piano together. I asked to learn the violin at age 4 and have never looked back! But there was a while in high school and early college when I thought acting might be my career path… earning a living making pop music felt like a distant dream until I decided to give it a try through the HypeMachine talent incubator when I graduated college…and now here we are!

How did you guys meet and why did you decide to make music together?

S- Jeremy and I technically met, I believe, in the 7th-grade choir. But we became closer friends in 8th grade when we played opposite each other in the Music Man. In high school, we always had a mutual appreciation for each other’s tastes and work, and started to casually talk about songwriting. We honestly started working together just for fun after college, but got very lucky and the band took off.

J- we’d been friends for a while with a lot of musical respect when near the end of college I started getting better at music production and wanted to try starting a few projects with friends. Sam was the best singer I knew and when we made Whisky I knew we had something special.

Name some of your favourite moments so far?

S – oo we’ve had so many. 2017 was quite the year; the Down train was pretty exhilarating. Exhausting, but exhilarating. One of my favourite moments, however, and I think I speak for both of us, was playing our first sold-out show at Club Bahia in LA in I think 2015. We talk about this one a lot, but it was the first time we heard the crowd singing our lyrics back to us. It was so loud at one point I couldn’t even hear myself sing. That will forever be a memory we hold close.

J- I was just working with an up and coming artist a few days ago and at the end of the session, they said when they had been just starting to figure out who they were as an artist they had made a reference playlist and we were on it. Every time that has happened, where I’ve learned of a real influence we’ve had on an artist who now is making music full-time, those are my favourite moments. I’ve always seen music as a big cultural conversation and I’m so grateful to be a part of it.

And, what inspired the name Marian Hill?

S- Jeremy played Harold Hill, and I played Marian Paroo in our 8th-grade production of The Music Man at Haverford Middle School. When it came time to choose a name for the band, we combined our character names to form Marian Hill.

The new single “SPINNIN” is a track from the forthcoming album why can’t we just pretend? – What is the theme/message around this track?

S- It’s about the attraction that overwhelms and leaves you spinnin. 😉

J- Being caught off guard by someone new and unsure of what you might do. A new exciting sensation that carries you away.

How do you want people to feel when listening to “SPINNIN”?

Out of the 12 tracks on the upcoming album, which are your favourites & why?

S- this is so hard! I have a few favourites, and I also have a least favourite 🙂 haha! I love spinnin, it’s what we do best. And there’s a song called Pretend (2003) on the record that is the most sentimental one we’ve ever done. We’re just excited to finally have the record out in the world!

J- every song I make is one of my babies and I try not to pick favourites. Visions of You is one of the strongest songs on the album though and I’m always proud of when we can push ourselves outside of convention…very excited for folks to hear that one.

Also, what are the main inspirations behind the album as a whole?

S- I think you will find the usual Marian Hill ingredients. Sax, bass, seductive lyrics, relationships. But we also have a little bit more of ourselves and our existential thoughts are woven throughout the record. The opening track, remember me, features the lyric “someday when everything’s underwater, and all our memories are forgotten…”. That’s real and very heavy for us. While we started writing WKWJP in 2019, we wrote much of this record in the throes of covid, separated for the first time and often pretty lonely. The world felt (and honestly still feels, the only difference is that we can resume some of our normal activities) like it was falling apart. Jeremy could barely use his hands for the better part of two years which made producing incredibly difficult. Climate change, pandemics, political instability and now war, were and are all very present. We had to acknowledge our existential fears for a moment. Pretend (2003) is a nod to our younger selves when everything was new and exciting, and all of our dreams were in front of us. It was emotional writing it from separate locations kept apart by the pandemic, our lives and careers on hold. This record almost didn’t happen, but the circumstances surrounding us compelled us to look inward.

S- Oo! I hope we continue to challenge ourselves. Lyrically, musically, while bringing more of what our fans love about the band to the world.

J- I’d like to explore getting more heady and experimental and mature as we age like a fine wine…there’s a huge youth bias in pop music but I think there’s a lot of rich deep stuff you can only get into with age and experience.