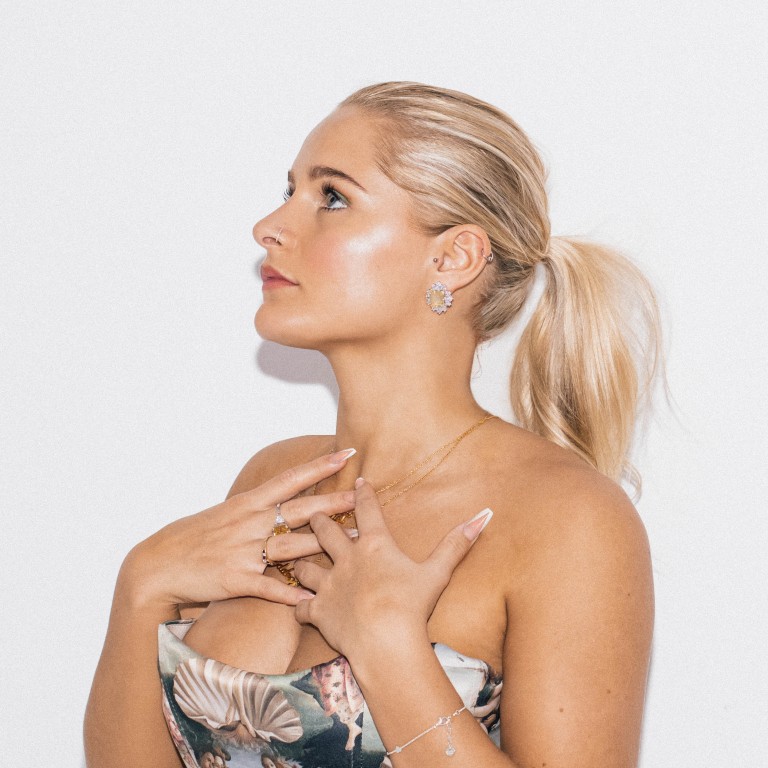 The Breakout Stardom of Liv Harland

Liv Harland, 23, had a spectacular and unexpected breakout year in 2021. Her busking performances have demonstrated her capacity to establish emotionally engaging and unforgettable in-person interactions with individuals from all walks of life, and now she buskers her way to superstardom. Now Liv Harland steps into the radio waves as she shares her official debut single ‘Letters.’

Liv, who is originally from York in the northeast, swiftly grew popular enough to make busking and live-streaming her new business, after working in the childcare industry.  As her viral moments became more frequent, she began receiving notice from credible platforms such as NME and the BBC to name a few. She began her music career with the self-published ‘What A Lie,’ which now has over 2 million plays.

Liv has also gone viral on social media, with over 1.5 million followers and 28 million likes on TikTok alone. Her live broadcasts regularly draw a crowd large enough to fill London’s O2, and she obtained three of TikTok’s Top 10 live moments of 2021, making her the only female performer on the list.

‘Letters’ is an obvious next step for this artist – its melancholy themes of sorrow and love lost to give a new dimension to her big-hearted viral moments, and its ageless song format makes it ideal for live performances. However, the song is laced with a creative spectrum of contemporary pop production embellishments, which aids in translating her natural and extremely captivating delivery to the realm of streaming. Liv collaborated on ‘Letters’ with the producers and songwriters Cutfather (Little Mix, Becky Hill), Moa Pettersson Hammar (Ava Max, Sam Feldt), Scott Quinn (KSI), and Jeppe London.

Liv’s story will continue to explode in the year ahead, she says “It’s been over a year since I released new music and I’m so proud to come back with this single! Heading over to Copenhagen to record with Cutfather was a highlight to my 2021 and now I’m ready to show the world what I’ve been working on. I hope you guys love it as much as I do. This song is for anyone who let go of their past and got over an ex.”

During a more in-depth conversation with Liv, Noctis discover her childhood pop star dreams, her current opinions on the helpfulness of TikTok for musicians, and get further insight into ‘Letters.’

How did you get into music? Have you always wanted to pursue this career since a youngster?

I’ve been singing since I was a little child! I did stage school from six years old and did any talent competition I could.

You have grown a huge amount on TikTok over the last year, do you think having this platform is helpful for artists such as yourself?

It’s the most incredible way for artists to chat with fans!! I share so much on there and include the fans with everything. An unheard artist can have a huge song without the support from the big labels because the people decide what they like – amazing!!

Before music, you were busking while employed as a full-time childcare worker, describe how your life has changed since then?

My life has changed a lot since leaving my 9-5 job… I have a lot more time to concentrate on my music. I can also live stream and connect with my fans whenever I want, it’s so liberating.

Your newest single “Letters” showcases themes of regret, love, loss – how did you come up with the track and what inspired you?

As soon as I heard the song letters I really wanted to get in the studio and record it, I feel like it has a lot of meanings to this song, letting an ex go or letting go of the past.

I wanted a song that would help someone let go of their ex and move on from their past. I travelled over to Copenhagen to work with Cutfather which was such an incredible experience!

How do you want people to feel when listening to “Letters”?

I want people to realise that they are not alone and we all feel similar emotions. I’m here for you!! It will always work out in the end!

Are you going to perform the single live? Have you got any shows lined up, can you tell us a bit about them?

I have my first ever headline shows coming up!! London on the 25th May and Leeds on the 28th May. I cannot wait to see everyone there.

Before now, you took a year away from releasing music and you say “I’m so proud to come back with this single,” what else have you got lined up this year we should be aware of?

Can you describe the feeling of receiving positive attention from the likes of Radio 1, BBC Breakfast, LadBible, The Guardian, The Times, NME and more?

The feeling of being noticed by these huge TV programmes, radio shows and magazines is mind-blowing, I still don’t believe it… I just want to continue to grow and connect with people, spreading good vibes!

How would you like your music and career to blossom?

The sky is the limit. I love music so much and connecting with my fans is what keeps me going. Who knows, one of these next singles might end up in the charts, that would be incredible!