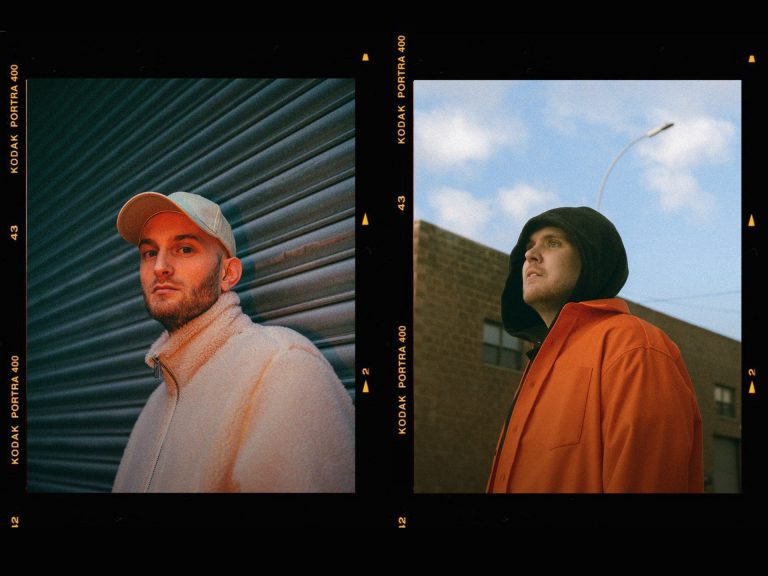 “Why did I waste my time staring at a picture. My heart electric ’cause I thought you’d call me; I was hoping you’d call me”, sings Rich, on a Maths Time Joy produced track ‘Hoping You’d Call.’ This duo is a well-oiled machine at this point, as they’ve been collaborating across the Atlantic Ocean.

Timothy Worthington, aka Maths Time Joy, is a Grammy-nominated London-based producer, singer, DJ, and remixer. Through a mutual friend, Kevin Garrett, a New-York based singer Rich joined Timothy in a LA studio for a session. Rich is best known as Rich from Refs & Thirdstory hence his professionalism in working from different time zones.

Looking through their discographies, the Maths Time Joy x Rich collaboration is a certified talent-packed project. After working on Gallants’ 2016 record ‘Ology,’ Timothy received a Grammy nomination and has embarked on a producing journey featuring names like Mahalia, Snakehips, Kevin Garrett, and Bebe Rexha.

Noctis got to speak to both Maths Time Joy and Rich about their upcoming new collaborative project alongside a new single, ‘Hoping You’d Call,’ a second snippet from the forthcoming EP.

What have you been up to these days?

M: Mostly finishing up some production on a few projects I’ve been working on and then some writing sessions in between

What made you want to make music?

M: I started out playing guitar and playing in bands, when I was growing up I mostly listened to bands that were around at the time, The Strokes, The Libertines and then I moved into production once I started getting into Hip Hop and beatmaking. I remember hearing some early Flying Lotus and the first James Blake album and getting inspired to get into my own production more.

Who are your musical influences?

M: In terms of production Flying Lotus, Dj Premier, Dr Dre. Artists I am influenced by would be Bon Iver, Frank Ocean, lots of old soul and rap music, bands like Explosions In The Sky also.

Could you talk us through how you got started?

M: In terms of my current production , I originally just started making beats and occasionally singing over them, and then uploading them onto SoundCloud. I made an EP around 2013 and it just went from there, then I got asked to do a few remixes and then found my manager that I work with today, who helped turn it into a business.

How did you learn to produce music?

M: I was studying composing for Film which is something I always wanted to do and during those years studying I ended up teaching myself and learning production and beatmaking, there’s loads of resources online now that can teach you about pretty much every aspect of the process.

How did you come up with your stage name ‘Maths Time Joy’?

M: It’s an anagram of my first names, Timothy James.

What are these songs about – ‘Two Steps’ featuring Kevin Garrett and ‘Real Deal’ featuring Sinead Harnett?

M: ‘Two Steps’ – me and Kevin wrote together in a session in London, I try not to pry too much into the meaning of a song when I’m working with an artist and just help develop the track around the emotion of the words.

M: ‘Real Deal’ – I wrote with a great songwriter from London called Jay Warner. We started out with a different vibe on the production but ended up turning it into more of a ballad and then decided to reach out to Sinead Harnett to finish the track.

How did you guys meet? Was there a musical connection straight away?

R: We met in LA a few years back. I think our friend Kevin Garrett had something to do with putting our first session together. I was already a fan of Tim’s work with Mahalia and loved all the ideas we worked on together when we met that first time.

How did you find working together without seeing each other over the pandemic?

R: I’m kind of used to working this way – I’m in another band called Refs in which we trade ideas via email for the most part. I trust Tim to take my ideas and run with them in the best way.

Did you keep a schedule that worked for both of you?

R: My songwriting process is extremely erratic. One day I’ll think of three choruses, the next day I’ll have nothing, the day after that the beginning of a new song. Tim and I didn’t keep much of a schedule but I think I prefer to write without any time constraints.

R: I recorded the beginning idea of “Hoping” while on tour singing with Chance the Rapper’s live band. I would track vocals wherever I could on the road, usually in a hotel room. Otherwise I usually record vocals in my apartment.

What inspired the track ‘Change’?

R: I was in a long, intense, slowly-fizzling relationship. That song is about the moment I started to realize the healthiest thing I could do was to move on.

What is the concept behind the new single ‘Hoping You’d Call’?

R: I went on a few dates with a guy, started catching feelings for him, and then he broke it off. You could say it’s inspired by the 90s and early 00’s break up songs I listened to growing up (e.g. “He Wasn’t Man Enough” by Toni Braxton, “It’s Not Right But It’s Okay” by Whitney Houston, etc.).

What else can you tell us about your collaborative project?

R: Tim and I have been continuing to work on new tracks in these past few weeks that I’m super excited about. This is just the beginning.