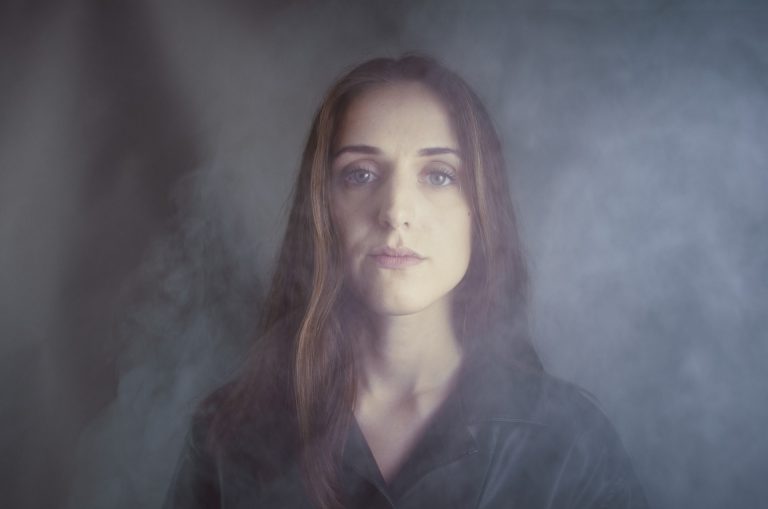 Adna Soars With New Single ‘You Are’

Swedish-born and Berlin-based singer/songwriter Adna unveils a new offering, ‘You Are,’ a third single out of the highly-anticipated album ‘Black Water’ due to be released on September 17th. ‘You Are’ symbolizes Adna’s efforts ‘to turn her sorrows into something playful instead.’

In complete control of her voice, Adna steps away from her usual darker tones and shares an uplifting ‘You Are’ while still staying true to herself. With this soulful new endeavour, Adna embodies the notion of owning who you truly are and to stop hiding behind the surface.

Since Adna’s eponymous debut EP in 2012, she uses her powerful melancholic vocals to compose relateable yet honest and vulnerable music. With three albums under her belt, ‘Night,‘ ‘Run, Lucifer,’ and ‘Closure,’ Adna takes inspiration from relationships, people, and origin.

Having Bosnian parents, Adna pays tribute to her heritage in her writing and explores her identity further. At the same time, her lyrics break down the in’s and out’s of loneliness and accepting love.

As an established Swedish alternative artist, Adna breaks down the reasons for her move to Berlin and what we can expect from her upcoming album ‘Black Water’.

Right now, I’m in Gothenburg (my hometown). I arrived a couple of days ago.

What have you been up to since restrictions are being lifted in Europe?

As soon as I heard of the restrictions being lifted, I booked myself a train ticket. Summer and Sweden is a combination I like very much!

Why did you want to become a singer/songwriter?

I’m not sure I ever thought I wanted to become a singer/songwriter, but I’ve always found it very comforting ever since I started singing. And thanks to school I realized one could probably try to make something more out of it.

I got into a music school when I was 10 years old. The school was mainly focused on choir singing and music theory. And I really loved it. So later, when I had to choose a high school, I thought I’d just continue with that, and I found a singer/songwriter program, but everyone had to apply with a song of their own. So, I wrote one for this and got in, and that’s more or less how I started.

What do you want to express with your music?

For me, writing songs or singing has always been about just expressing myself in general. I’m one of those introverted people, so knowing how to speak up has never been my strongest skill. So, I just find it comforting to make music, somehow.

What are you inspired by when writing songs?

There’s a lot of inspiration in everyday things, like people and relationships. But then I also spend a lot of time thinking about origin, sensitivity, and identity. I think it’s got to do with the fact that I’m originally Bosnian, or my parents are. So, growing up in between two cultures and everything that all of that means has always been quite present in my writing, I guess. I mean, I’m Swedish, but I’m also Bosnian, and Bosnia is a big part of my identity, so it has always felt important to show and explore that in the music.

Why did you relocate to Berlin?

I had just finished high school, and I felt the need to see something else and be somewhere else, but I didn’t really know what or where. And then I was invited to Berlin to perform, and when I got there, I loved it, of course, as everyone else does. I didn’t really know a lot of people, and everything was new to me, and there’s a lot of freedom in feeling this way, of course. So, I just decided to try it out. And here we are.

Is it then when you covered RY X’s ‘Berlin’?

Yes, shortly after I moved, I made a cover of that song. Partly because I found it fitting for that same reason, but also because I love the music of RY X. I still think it’s a really beautiful song, and to me, it’s really the soundtrack of that specific time.

Looking at your previous album titles, ‘Night’, ‘Run, Lucifer’, and ‘Closure’, is there a story evolving throughout those years? Are they connected in any way?

Yes and no. Looking at it now, it feels like I can see the connection, of course, and it makes sense somehow. And ‘Closure’ really was closure in a lot of ways, pretentious enough. But while writing them, I didn’t really think much about that, no.

What is the inspiration behind ‘November’ and ‘Don’t Know’?

Relationships are the inspiration behind both of them, I think but from different angles. ‘November’ is more from the perspective of why the process of accepting love can be a bit difficult sometimes, and ‘Don’t Know’ is more from the perspective of daring to be brave and trying and to turn the fear that comes with that into something playful instead.

What is your new single ‘You Are’ about?

The title is referring to everything someone is, in a nice way, and the song reflects over the process, it is, to admit all of this to yourself, if that makes sense.

What did you want to encapsulate with the visuals for ‘You Are’?

It is a very honest song. Honest towards the listener, but even more towards oneself. So, one of the important expressions was honesty, not to hide behind anything this time. Though even if the theme and the sound of the new songs might sound a bit lighter than my previous songs, they’re still not really written in a “happy place,” if that makes sense, so it also felt important to keep some darker feeling in all of it as well.

What can you share about your upcoming album ‘Black Water’? What themes will you touch upon?

I think of the record as an introverted record about sensitivity and origin and the process of accepting love. It’s still not the most uplifting record, but instead of expressing all of this through obvious sorrow (as I loved to before), I’ve tried to turn it into something playful instead.