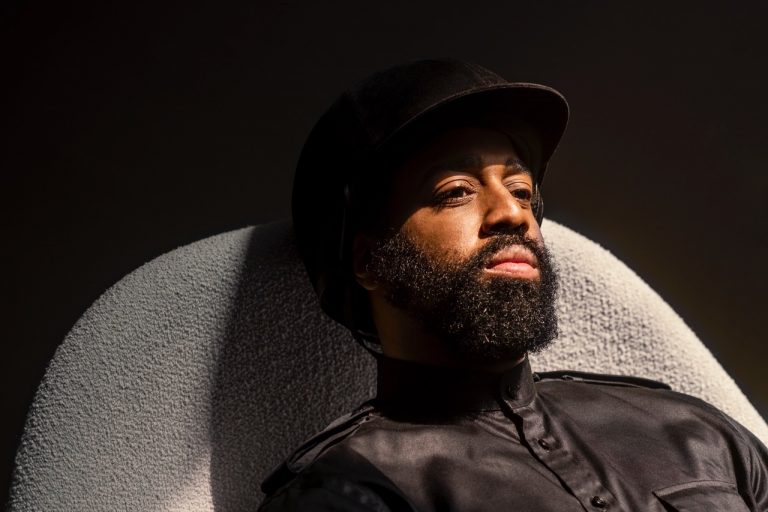 “Music comes to me in my dreams all the time.”, says indie-soul/alt-folk artist AHI about his new single ‘Danger.’ Little did he know, the song told a story of a mother whom he met later for the first time and whose son had been lost to gun violence. ‘Danger’ is a teaser from AHI’s upcoming new album ‘Prospect,’ “a meditation on our shared humanity, on what it means to be a link in a chain that stretches both forwards and backwards through time for generations upon generations.”

For AHI, the main message behind his recent single ‘Danger’ is the way to move forward and heal is “rooted in the realization that life is fragile and precious.” His whole life, AHI’s been faithful to his mantra of ‘life is short,’ and as the academic path never felt quite right to him, he’s decided to embark on a journey on his own and drop out of college.

This new chapter consisted of young AHI stroke out onto a backpacking adventure reliant on strangers’ kindness. Traveling through Canada, the Caribean, and Africa, AHI’s learned the value of good instincts and intuition.

From one life experience to another, AHI decided to ‘try out this music thing,’ and he’s discovered his voice and learned how to play guitar. From pay-to-play shows to organising his own showcases, we introduce you to AHI, who has the ability to turn obstacles into his favorite songs.

Right now I’m at home with my family in Toronto, Canada.

What have you been up to?

Been shooting a bunch of music videos lately, which has been really exciting. I can’t say which songs they’re for just yet, but stay tuned!

How was it growing up in Toronto?

To be fair, I actually grew up in a place called Brampton, a suburb which is considered a part of the Greater Toronto Area. But I did spend a lot of time in Toronto. Growing up in Brampton was great for me. Even though at school I was typically the only Black child in my grade, the block I grew up on was pretty diverse – I’m pretty sure I had friends that represented every continent. It was safe with a large community of children and we spent as much time outside together as we possibly could. Looking back, it was actually quite special.

What are your favourite memories?

I probably shouldn’t say this, but they used to give out free samples of cereal in everyone’s mailbox. Like the good stuff that your parents wouldn’t buy because it was all sugar. And we used to go door-to-door and steal everyone’s cereal samples from their mailboxes and eat them straight out of the box. If the house had kids we knew, we would always skip it. I don’t recommend stealing from people’s mailboxes, but as one of the youngest of the crew, for some reason it was so much fun. I don’t think we ever got caught, either.

Were you into music when growing up?

Yeah, I was totally into music, but I didn’t have a musical bone in my body, haha.

Why did you decide to embark on a backpacking adventure around the world?

I began teaching myself to sing and play guitar in college, and even though I was always a good student, the academic path never felt quite right to me. Long story short, I dropped out of school before graduation and began traveling the world with little more than a backpack to my name. Relying on the kindness of strangers to get by, I hiked, meditated, and fasted my way across Canada, the Caribbean, and Africa, in a journey that taught me more about human nature and about myself than a lifetime of classroom education ever could have.

What would you say you learnt about yourself when travelling?

The biggest thing I’ve learned about myself is instinct and intuition. When you throw yourself into unfamiliar environments with nothing but a backpack you gotta be extremely alert and almost hyper-paranoid.  I know they say there’s only five senses, but I truly believe there are more. Being able to read people’s energy, to sense your surroundings, and having a heightened awareness of every environment you walk into has been invaluable to me.

What was your favourite place?

Lalibela in the highlands of Ethiopia.  There is nothing on the planet that is like it.

How did the conversation with yourself look like, when you decided to pursue music professionally?

Right around the time my daughter turned one, I remember waking up one morning and just walking up to my wife and saying “I think I’m ready to pursue this music thing full-time”. And thankfully she was totally on board.

I’m pretty much self-taught.  So, I learned how to play guitar very reluctantly but I taught myself and over the years I learned how to find my own voice and become a stronger singer. When it comes to the industry, I started the way a lot of us start. Pay-to-play shows, open mics, then I “graduated” to real showcases, did some busking and eventually started organizing my own shows.

Could you elaborate on how the theme for your new single ‘Danger’ came to you in a dream?

Music comes to me in my dreams all the time. Danger was one of those songs where I dreamt I was singing the chorus to a huge crowd as they sang along to every word, and I immediately woke up and recorded it with a sense of urgency.  Little did I know, my song told the story of a mother whom I would later meet for the first time, whose son had been lost to gun violence in a manner eerily similar to the lyrics of the song I had dreamt. Hearing that mother’s story affirmed for me that the solution and healing we are looking for is rooted in the realization that life is fragile and precious.

What does the song mean to you?

I realize gun violence and gun laws are a hot-button issue, but that’s not what this song’s about for me; while some people are physically wounded by bullets, others are spiritually and emotionally scarred for life.

How’s the feedback been to ‘Danger’?

The response has been amazing. Streams and views are cool, but for me the best part has been the outpouring of messages from people telling me this song really touched them or moved them deeply. That’s what it’s all about.

What did you want to portray in the ‘Danger’ music video?

This is a video all about mothers and their loss and healing. If social distancing wasn’t a thing, I would’ve had a hundred mothers in that video if I could’ve, because this is something that has affected so many and they all deserve to be seen and heard. No mother should have to bury her child, especially for something as senseless as gun violence.

What does your new album ‘Prospect’ embody?

Prospect is a meditation on our shared humanity, on what it means to be a link in a chain that stretches both forwards and backwards through time for generations upon generations. It’s a bit of a heavy concept, but in a way you and I are the Prospect. And it’s up to each of us to live life like it’s worth something because our impact on each other is far more immense than we can ever imagine.

When writing songs for ‘Prospect’ what did you discover about yourself?

In the process of creating this music while we all collectively experienced one of the strangest and most challenging years of our lives, I learned that no matter what you’ve done, you’ve always got more to offer. This record was pushed back several times, and as frustrating and disheartening as that was, each time it happened I was forced to go back and use that time to pore over what I had created, and every single setback became another opportunity to create something better than before. By the time I was finally able to get in the studio to record, I realized that some of my favourite songs on this record were borne of those moments I’d initially perceived to be obstacles.

Are you excited to get on the road next year?
I didn’t realize how much I would miss the road. I even miss the mundane parts like driving for hours on some backwoods country road. Not to mention the audience!  I miss that connection to the point that I’m starting to resent virtual shows, lol.