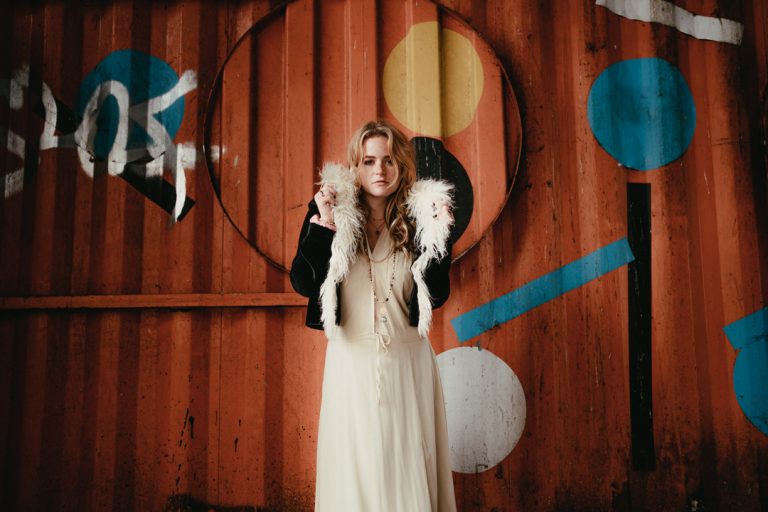 The latest release by Swedish-American singer/songwriter Lexi Berg encapsulates the bittersweet reality of the last hurrah for a relationship that has reached its end. ‘Midnight Sun‘ romanticizes the ever so heartbreaking goodbyes between two people who once used to love each other. The sound of acoustic guitar soundtracks the sweet darkness of the night and opens with, “I guess it’s over when our kiss comes apart.”

Hailing from her place by the canal in West London, Lexi Berg pulls us in with her soft yet powerful vocals that narrate her life and experiences picked up all around the world. She grew up on a houseboat in Stockholm, where the noise from a neighboring amusement park and the smell of the sea air fill her childhood memories.

At five years old, Berg could be described as a child prodigy training to be a classical pianist, then began performing in local churches at eleven. A year later, she got scouted by Swedish music producers.

Today, Lexi Berg makes music away from any input by others. She shares pivotal moments that brought her where she is today, as well as the inspirations behind tracks like ‘Into The Sea,‘ ‘Helpless To Help You’ and ‘What If’ featured in Netflix’s ‘Piece Of A Woman’.

Was piano what got you into music?

Yes absolutely! I started playing when I was 5. But singing was also always a passion. My sister and I would always write little lullabies.

How did you get noticed for your piano playing skills?

I had this fantastic Romanian piano teacher who had been a concert pianist. She taught me so much about the passion in classical music.

Do you remember what were some pivotal moments in your life that brought you closer to realising you wanted to be an artist?

When I was 13 I was scouted by pop music producers in Sweden. I got to go into a recording studio and it was the most exciting day. But I was so young and I didn’t know what songs or music to sing.

When did you start singing? What/who inspired you to do it?

I’ve always loved singing. But it wasn’t until I was 12 that I had my first lesson with this wonderful teacher called Sophie Engberg. She introduced me to the world of singing.

You were born and grew up in Stockholm. How was it growing up by the sea?

It was wonderful! My parents lived on a houseboat right next to the amusement park in Stockholm. So I grew up around the noises of the fairground and the sea air.

You’ve also lived in America, Edinburgh, and London. Could you talk bout each chapter? What did each city mean to you?

Well my dad was a university professor so we moved a lot and lived near the campuses for the school year. The US was interesting because my mother is American and I loved seeing the culture she grew up in.

Edinburgh is a magical city. Harry Potter was written there! So you can see all the influences of the cobblestoned streets and alleyways.

London is just such a meeting pot of art, music and theatre. I feel so lucky to be able to live here.

What is the backstory to ‘What If’?

What if is about that relationship that never happened, that you are left always wondering about.

How did you find out ‘What If’ made it to the soundtrack of ‘Piece Of A Woman’?

My agent called me and asked me if I’d like to be on the soundtrack of this small indie film! No one knew it would be picked up by Netflix and win so many awards! What an amazing film.

Is ‘Midnight Sun’ inspired by a personal experience? What is it about?

Yes it was! Midnight sun is about spending one last magical night with someone you love in a relationship that has reached its end.

Could you elaborate on your tracks ‘Into The Sea’ and ‘Helpless To Help You’?

Into the sea is my soul song. After the first lockdown I managed to get back to Sweden and swimming in the sea felt like it washed away all fear and panic that I’d felt being alone in London during the pandemic. Nature has such magical restorative power.

Helpless to help you is about the frustration you feel when you love someone and they are suffering. You free helpless in how to make them feel better.

What can you share about your debut EP ‘Empire Of One’? What themes will you be touching upon?

Each song is its own little magical world that the listener can step into. Prominent Themes are Independence, love, dreams and the mystical the power of nature.

What are you most excited about playing The Wilderness and The Isle of Wright festivals?

The people!! The audience!