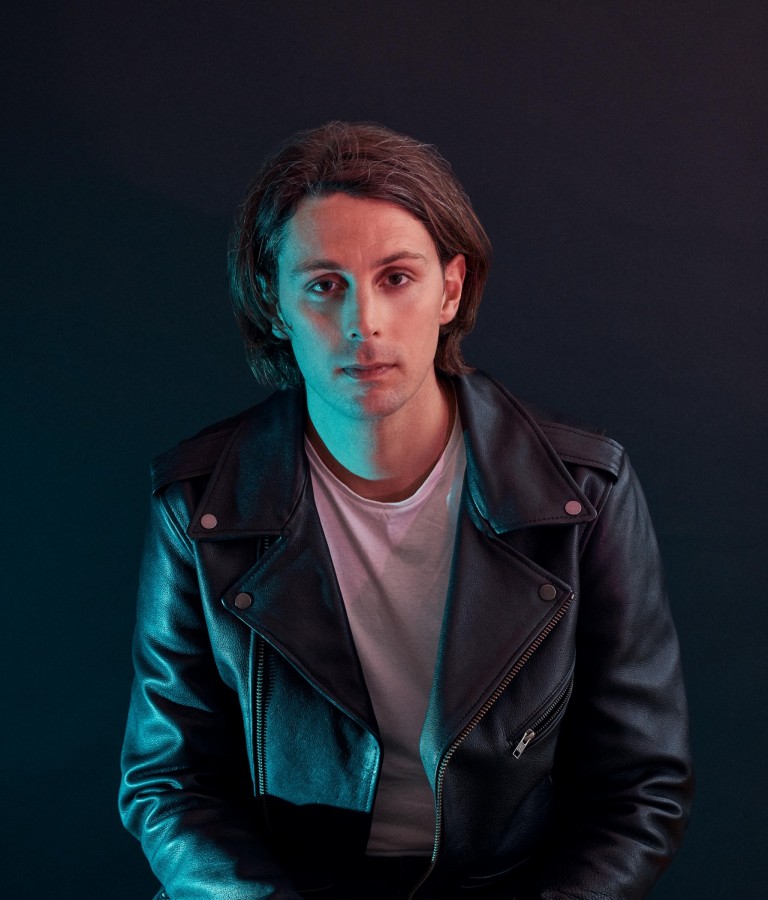 Having established his sound in Scandinavia as a multi-platinum artist, Swedish musician, Albin Lee Meldau, teases his new studio album with the release of his single, ‘Forget About Us’. As his first song performed in the English language, Albin proves how he can connect to listeners with his poetic honesty and raw lyricism, whether performing in English or Swedish.

Albin’s upcoming album is set for release later this year, produced and co-written with Ivor Novello, Eg White, Jonathan Quarmby, Liam How, amongst other big names. With a quaint, simple, folk-pop sound, Albin compares the album to “walking through a market, combined with the Swedish winter. Sounds like home in a way.”

Hi Albin, thanks for taking the time to talk with us! Let’s start at the beginning – how does your journey as a musician begin?

It started off when I was just a boy. My mother and father are both musicians. I wanted to play football but I’m too shit, so I guess this was the next best thing!

Who have been your musical muses?

Hmm… there’s a few. Elvis, Bob Marley, The Beatles, Al Green… There’s so many good artists in the world!

Agreed! What’s the most important thing you’ve learnt as a musician?

To be brave. Dare to sound bad! Always try to push it over the edge.

And daring to be brave led to the success of your single, ‘Lou Lou’, as well as your record, ‘About You’. How do you perceive the reaction that your music received?

Well, of course it was overwhelming but at the time I wasn’t sober and quite full of myself so I was mainly disappointed I wasn’t Elvis already to be honest. Today, I’m just happy I’m alive and that anyone wants to listen.

You’ve previously described your music as your poetry. Can you delve into this a little bit more?

Well I’ve said a lot of stupid things in my life… I guess I aspire to write poetry but mostly it’s just stories I’ve lived or seen. One could only do his best and try to stay humble.

How are you able to write about personal and vulnerable topics – do you have any advice to offer?

The only advice I have is to write a load of tunes.. It takes a few shit songs to find a good one. In music, I believe that it is impossible to lie. Everyone knows if you mean it, therefore I just try to tell the truth as I see it.

Your new single, ‘Forget About Us’ has a tender narrative behind it – what’s the story behind this particular single?

This song is a simple love song about unrequited love and what one feels like doing to get over it. I tried to make it as simple as possible and I’m very happy with how repetitive it is without being horrible.

How are you expect the track to be received?

I don’t know. Expectations are a bad thing – it’s only a good thing if you wish to get disappointed. It’s better not to have them. Hopefully they like it!

This is also your first English-language release in 3 years. Are there any differences for you when composing songs in English rather than Swedish?

Absolutely. Songs in Swedish are totally different. Swedish is a very small language compared to English. There’s not so many nuances and meanings. Also, I play in a different style in Swedish – more like folk, so it’s a massive difference. I do enjoy both things though and think they benefit from each other.

Thanks Albin. Before you go, ‘Forget About Us’ is our first taste of your new studio album – what else can we expect?

It’s more of what I grew up listening to and less of the soul/pop thing I did before. I’ve been working with less people and tried to keep it simple but still push myself further and try to be brave enough to go places I haven’t been before. It’s been a big honour writing this with Eg White and Jonathan Quarmby. London has helped a lot. I wanted it to sound like walking through a market, combined with the Swedish winter. Sounds like home in a way.