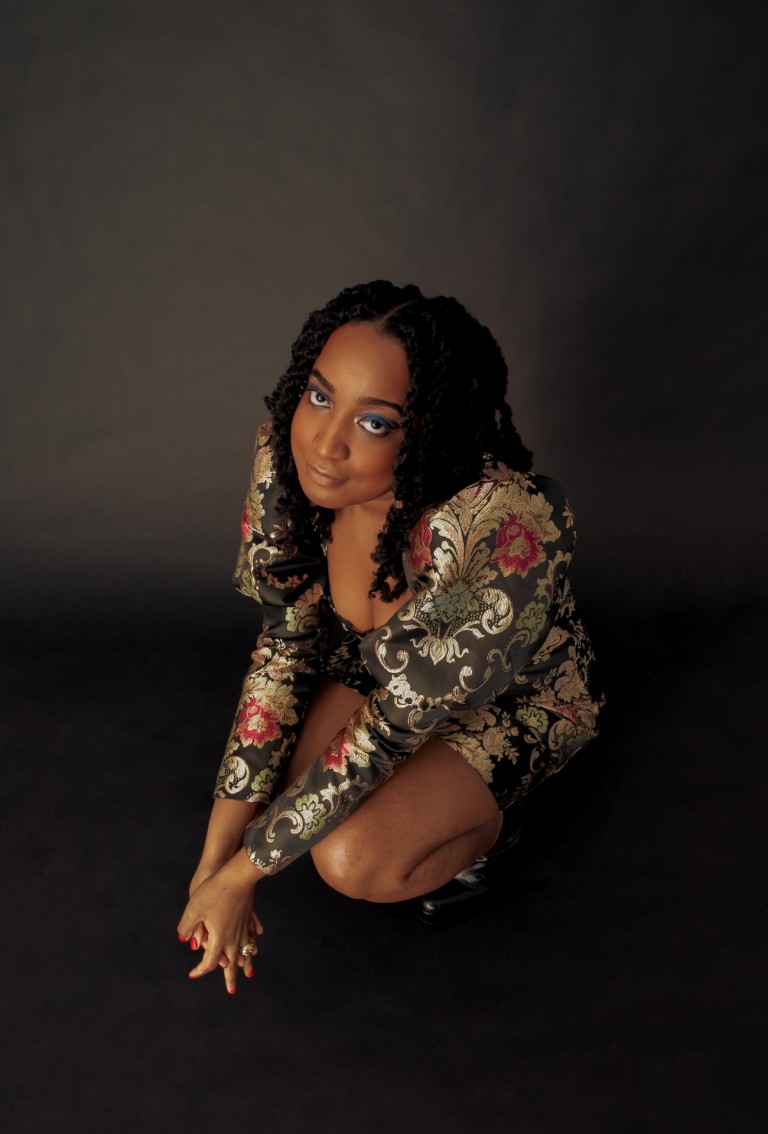 Over the course of the last four years, Amahla has refined a sound that merges the worlds of pop and soul. It’s a style that’s seen the artist make great inroads whilst releasing independently. Today she returns with her latest single ‘Reason’, influenced by the historic definition of ‘gaslighting’ and its implications in today’s society. Sonically, we see the artist delve into a darker space, aided by collaborator Tev’n who produced and co-wrote the compelling track. Despite this new direction, ‘Reason’ still sounds very much like an Amahla record, with its powerful message and soulful groove.

The artist comes from a unique background that fuels her creative output. Amahla studied Anthropology at university and that experience allows her to think differently to many others in the music world. Her back catalogue is full of tracks that have been inspired by social issues that affect many of us on a day-to-day basis, whether that be the mental health crisis, gentrification, or racial injustice, everything Amahla creates has a purpose of making us think. It’s a refreshing approach to making music that see’s her standing very much in her own lane.

Amahla has also been mentored by the legendary Nile Rodgers in recent years and his astute knowledge of the industry has been instrumental in her career trajectory. With such an interesting story already being built so early in Amahla’s career, we just had to speak to the artist about ‘Reason’, what exactly fuels such a passionate songwriting style, and what we can expect from her in the future.

Hey Amahla! Thanks for chatting to us today. How did your journey into the music industry originate?

I realised music could be a career whilst I was attending music workshops at The Roundhouse in Camden. It’s a fantastic space where you are exposed to creative careers and jobs you wouldn’t even know exist, and the staff team there are so supportive and encouraging, I owe them a lot for giving me the space and confidence to be myself and pursue my passions.

What were some of the early influences behind your unique fusion of soul and pop?
I love the structure that pop music has because it provides a framework that you can either adhere to or ignore completely. I love a catchy tune and I’m a sucker for a great chorus. So whilst the content is important and the lyrics are important, melodies are king.  Those songs that make you feel something without even knowing the words are the special ones. For me Pop music formulas do that strategically and soul music does it innately, so they’re the perfect pairing. All great music comes back to great songs and the songwriters who do that well shape culture, Ashford and Simpson are one of my favourites.

Your back catalogue is not only full of numerous hits, but it also perfectly illustrates your skill as a lyricist, tackling issues such as gentrification and racial injustice as well as the mental health crisis. What inspires you to delve so deep when songwriting?
Ah that’s so lovely thank you! For me songwriting is the most fun when I’m forced to distil complex ideas and feelings into something someone can understand in a matter of minutes. I envy rappers because they have the range to say so much more without worrying whether it sounds pretty, but working in the confines of the artform is what makes it special too I guess! f all I wrote about was love and relationships I’d get bored, speaking about topics that reflect broader aspects of being human are much more interesting to create.

Rather interestingly, you studied Anthropology at university. How much of an impact do you think that’s had within your creative approach?

I did! Honestly, I think it has entirely shaped my approach to music, it’s given me a deeper understanding of the world in ways most people take for granted. Most things we interact with day to day have been designed specifically for us, and studying anthropology has made me alert to that fact. I’m always questioning why things are the way they are and then asking who designed them that way and why? The world is anything but passive. Songwriting for me is about asking questions and making interpretations from observations so they’re a lot more similar than you might initially think.

You’re getting set to release your next single ‘Reason’ any day now, what’s the story behind the track?

Reason is about overcoming gaslighting. Gaslighting is a term that originated in a 1930’s British film where a husband manipulates the gas lamps to make his wife think she is clinically insane in order to steal her fortune. It’s come back into discourse in the last few years to talk about the ways people dominate others by making them question their own reality. Reason is about that precise moment where you realise you everything you felt and saw was real, it’s your reckoning. I hope it helps you.

How would you say this release differs from what you’ve released in the past?

Sonically Reason is a newer darker and more orchestral sound which I absolutely love because it captures me more completely. I love working with Tev’n who produced and co-wrote Reason. As soon as we met, I knew we’d write some amazing music. The textures and sonics that come from Tev’n’s mind are just incredible and he pushes me to be a better writer and vocalist, he’s a special one. Reason an evolution for me and it’s exciting.
You’ve been releasing music independently for close to four years now, how important is that aspect of creative freedom to you?

I think it’s important to go through a process of development outside the label system in order to really understand not only who you are, but the industry you’ve opted into. I’ve appreciated being able to be involved in every aspect of my career and learn from mentors and members of my team along the way. If I choose to sign to a label, I will be able to put everything I’ve learned so far into practice and that will only benefit me in the long run.

You’ve been mentored by the legendary Nile Rodgers, what impact has he had on both you as a person and your creative career?

It’s been really humbling to have Nile support me so early in my career, it’s a one in a million chance that I couldn’t even have dreamed up. This industry is unforgiving and having someone as established as Nile have unwavering belief in your talent has been invaluable.

I’m playing my biggest headline show yet at Omeara on the 10th October 2022. It’ll be a celebration of everything I’ve achieved so far and I can’t wait. I can’t wait to scream “I Know What They’re Thinking” and “I did it all for a reason” at the top of my lungs with my fans. Don’t miss out. Get your tickets here!

Tickets for Amahla at Omeara, London