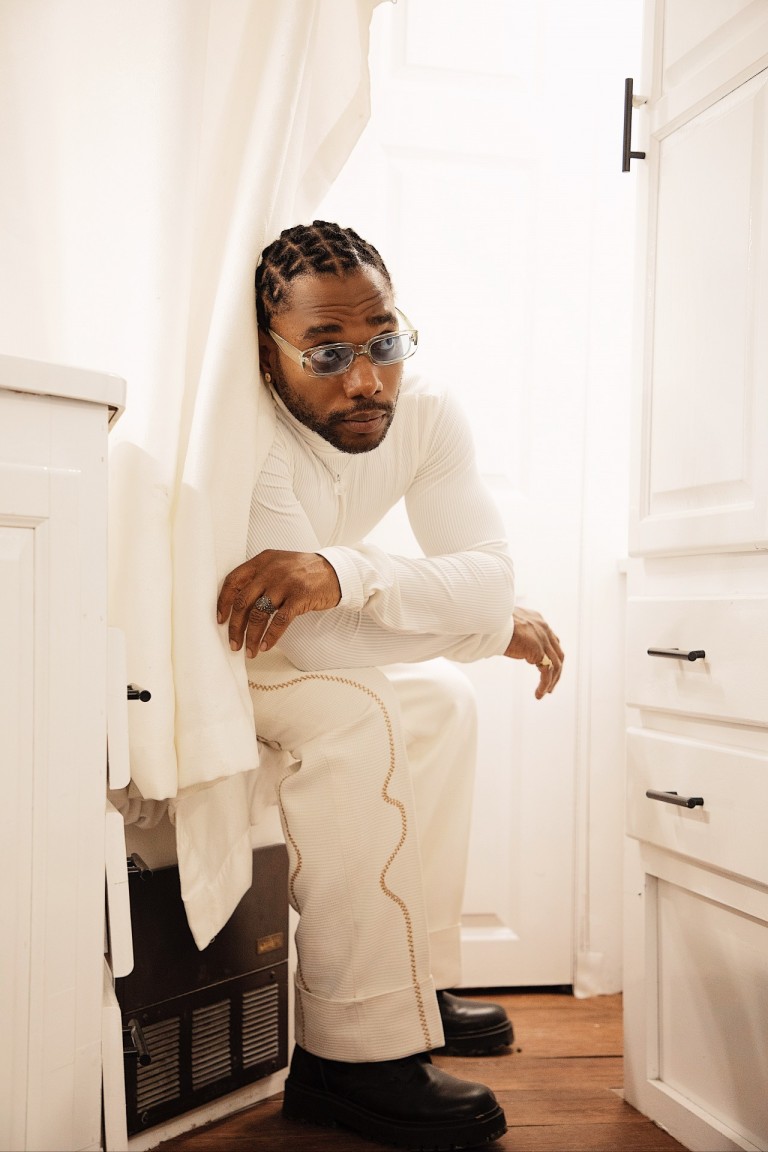 AYLØ has mastered the art of the album. Across his three-album-wide discography, the rising Nigerian singer has showcased a versatility that speaks to his cross-continental sonic palette. Now, with the arrival of his most recent offering, “For Good Reasons”, the singer is stripping back the layers of his R’n’B foundation, to reveal a darker and increasingly mature side to his artistry. Previously harnessing his musicality for the conveyal of his visceral introspections, AYLØ has shifted the narrative of this new record towards his manifestations. In doing so, creating a sonic snapshot of contemporary Lagos; his bustling, metropolitan hometown.

Noctis caught up with the singer-songwriter upon the release of “For Good Reasons” to talk about the new record, the current state of African music on a global stage, and about how his past experiences are influencing his creativity at present.

For those who don’t know you – if you could describe yourself in three words what would they be and why?

You’re African – Nigerian specifically, and have lived in the U.K. How has the understanding of those two different cultures helped shape your sound?

I think that my time in the UK has opened my eyes in terms of getting to experience different peoples’ cultures. If you’re a young person moving from Nigeria to London, you might have heard some Skepta, some Giggs or Tinie Tempah, but you haven’t been there and experienced the music first-hand. I was around people who live that London lifestyle, from all areas of the city. We used to hang out in Shoreditch and go to raves in Manchester and Birmingham and listen to all kinds of dance music from electronic to bashment. So, being in London creates an environment where you can actually decide what you like; there’s so many options and subcultures to delve into. As a young man approaching my independence, those experiences were priceless, and I don’t feel as though I could have had that experience in Nigeria, or anywhere else for that matter!

Was it always music for you when growing up?

Yes – from day one! I did at one point want to be a music journalist because when I was growing up in Nigeria, journalism is how we found out about all of our music. It was before Soundcloud and Spotify. We had so many music blogs like Rap Up and Pigeons & Planes; I remember the most popular was NotJustOkay.com! We used to wake up every morning and go find new music online. Those blogs were where I fell in love with reading about what people would say about music, as well as the art of the album, back when music wasn’t all TikTok impressions and fast consumption. Back then, I just knew I was going to work in music by all means. If I wasn’t able to become a recording artist, I just know that I would have found a way to work in music regardless.

It seems that you’re quite intentional with your releases; like nothing you release is by chance, or ever on a whim? Your music almost always feels like an introspection. Do you think introspection is an important tool artists use when making music?

I do think introspection is important. I think even the most flamboyant of rap records are usually about what’s going on internally. A lot of musicians reference their real lives in their music and therefore have to be introspective when creating to some degree or another. For me, when I make music, if it’s not introspection, then I’m referencing a manifestation; the things that I want! I think music and words hold that power.

African music, be it afrobeats, alté, drill, rap, hip hop, has always been so varied and now it’s also super mainstream on a global scale. What are your thoughts on the African music scene as a whole and what it’s doing in the west in particular?

We’re popping! It should have happened sooner but it’s happening now; so, now is really the time to tap in. Nigeria has always made some of the best music on the continent, so it’s nice that Nigerian music is being highlighted now because it gives creatives an avenue to connect. In the past we had artists always going over to collaborate with western artists in the UK and US, and everyone had to wait for them to uplift us. That was before you had artists like Davido and Rema making global records in their own right; so, it really feels like we’re going through an evolution.

I know you’re very tuned into the visual aspect of your work – that was made clear with the cinematic triumph that is the music video for “Tekkers”! Have you yet thought about how you’re going to artistically translate this body of work into a live setting?

What’s the budget!? [laughs] It sounds like I need a heavy budget! I mean, sometimes it boils down to the more money that I have, the more I’m able to do with the production of my shows; to execute a specific vision. Though, the focus is always going to be the making of the music, whatever happens that’s always going to be my main focus, and then from there we can scale it up.

What are you up to now that the album is out there in the world? Have you got anything else in the pipelines? You just released your COLORSxSession; can you tell me more?

Still working, still griding. And yes – the COLORS is here, finally! I performed an unreleased track called “Hey!” which was produced by KDaGreat & Tera Kòrá – so watch out for that!