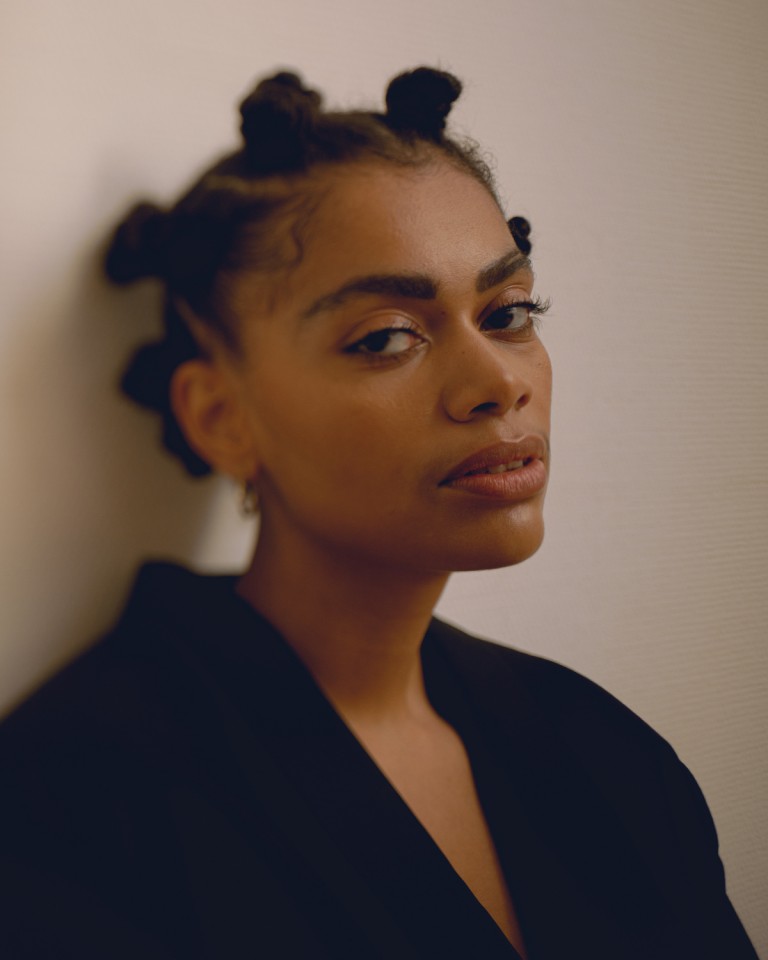 One To Watch: Joya Mooi

The voice of Joya Mooi carries eternal ease within beautifully crafted lyricism among modern R&B elements fused with a pinch of jazz. The rising Dutch artist has an undeniable power to start conversations and blend into the group of the biggest names of current R&B music.

“Tell me I did enough,” sings Joya Mooi on her new single featuring Elijah Waters in preparation for her forthcoming record release of Side A of her two-part album. ‘Did Enough‘ draws on smooth, experimental sounds while narrating a conversation about altruism and happiness in relation to marginalised people.

‘Did Enough’ follows up on Mooi’s heartwarming homage to the roselle hibiscus flower, which grows in parts of Africa, Asia, India, Australia, and Latin America. Side A will be released on September 30th.

See what Joya Mooi has to say in our chat below.

My mood and the weather really goes hand in hand. So since the sun has been shining in Amsterdam i’ve been so good. Been enjoying beach days, going for swims and preparing a bunch of things for my upcoming album release.

What would be your idea of an ultimate Summer day?

Having a bbq with friends and food (some fried plantain, quiche and tasty bread), topped with a spicy margarita on the beach, rooftop or in the park. Talking shit, meeting new people and listening to a banging playlist. Celebrating the little and the big all at once 🙂

How did you get into music and songwriting?

I feel like writing just happened, I was writing a bunch as child. Not really having a diary but just writing down feelings and I gradually saw them grow into poems, then songs. I think making music is just listening deeply to yourself – to what’s happening to your heart and body and acting upon it.

Who are your biggest influences?

Janet Jackson, Abdullah Ibrahim, Flying Lotus and many others. Currently in awe by the work of artists Ismael Ivo and Ndijeka Akunyili Crosby.

How would you describe your music?

It’s a whole bunch of dreamy tales with honest energy. I like to honour my past and my current surroundings and add my point of view. I think I sound like a soothing auntie that tells you exactly what’s up.

Could you share what inspired your previous single ‘Roselle’, where did you write this beautiful homage?

Through conversations with friends I discovered just in how many cultures and places the hibiscus plant plays a role in life, in the kitchen. Not long after I had producer Sim Fane over at my place to make music – I know it was cold outside but not sure when – but all of a sudden Roselle was there. I really love that this song resonates with so many that are bounded by tradition, this one seed.

How did you initially link up with Elijah Waters?

I think Sim Fane already worked with him – and together we cooked up the idea to go to Rotterdam to do a session. I loved his work already, but it was even more amazing to be able to vibe and make music together. He’s such a vibe.

What is the backstory of your collaboration ‘Did Enough’ when it comes to solidarity and altruism?

I really wanted to write about altruism and happiness, in relation to marginalised people.

There are a lot studies about what altruism does to people: “Doing good things for other people can make you feel good about yourself and the world”.

What is the reward for altruism, when there’s little humanism for BIPOC? We do more than enough, but the world seems indifferent …

You’re gearing up to release Side A of your album, what is it going to entail int erms of themes, inspirations, sound?

My upcoming album is about patterns, reflection, spirituality and the potential of change. About the small and big things that connect us all. Side A leans into escapism & seeking clarity; I’m sensing many things are reoccurring, noticing fuck ups of myself and the world. And I feel the growing need to do something about it..

Could you share how is it going to be different from Side B?

With Side B I’m hoping to bring some resolution and to end certain cycles. This side is sonically more experimental, more emotional with strings, some heavy drums. And an ending which I’m very proud of.

How is this album going to compare to your previous records?

I haven’t really thought about that, to be frank. I hope it’s a new exploration of feelings, taking myself and my thoughts seriously. This is the first time that I produced a song, the interlude Little Lies. It’s bold, theatrical and hella trappy and I love it so much.

What is making you the happiest these days?