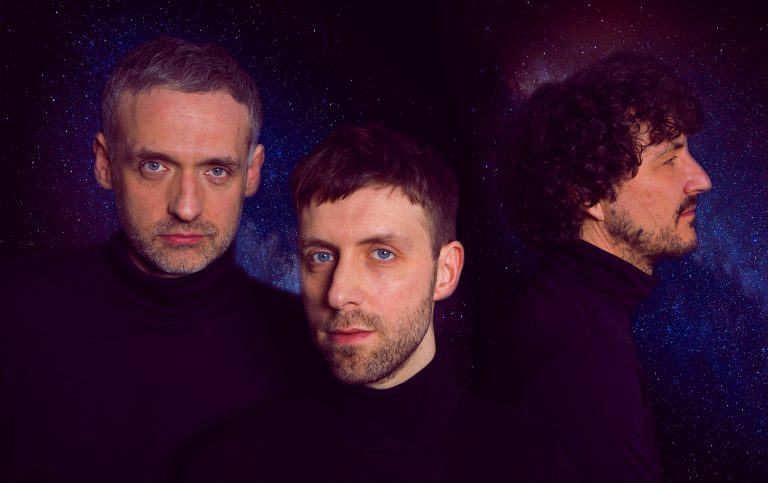 Following their recent single ‘Be Sure’, Berlin-based trio Bodi Bill up the ante on the surreal with new single ‘Big Gong Sounds’, lifted from the forthcoming album due later this year after a seven year hiatus.

This new single takes an irrevocably bizarre tone whilst dismissing none of their left-field pop traits. The accompanying video borrows heavily from silent film and Faustian folklore, making it an arresting if not somewhat ominous viewing.

The band explain: “Like the song itself, the video exaggerates the desire to just break free. The two characters are searching for each other but are always in the same place at the wrong time and on top of that there is a disruptive force working against them. The two protagonists represent the characters featured in the song’s lyrics, constantly missing each other. In an overflowing mix of references, the third protagonist is a sort of Mephistopheles meme. Accompanied by three assistants, he acts as a destructive force that only wants to confuse, preventing us from understanding each other. Actress Helga Wretman, who plays one of the roles here, adds immediate dynamics and physicality to the video. As both characters are dramatically pushed around all the time, it is her that knocks down the devil in the end. The misunderstandings finally dissolve in exuberant expressive dancing and finally everything is transferred into a feel good finale. There’s a happy ending of sorts, everyone gets along again, the shoving finally stops. But who knows.”