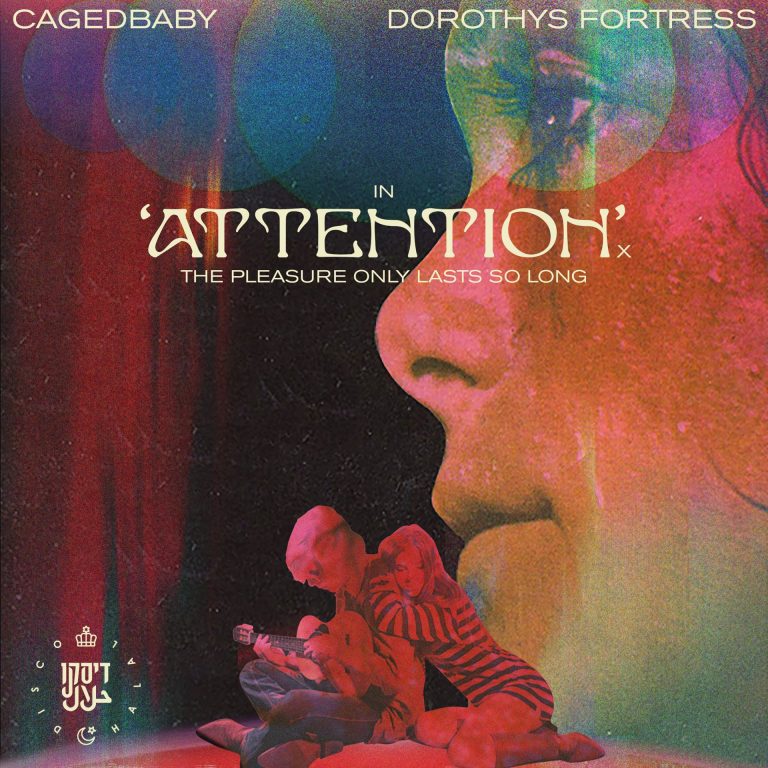 Long-term friends Thomas Gandey and Damon Baxter – more commonly known as Cagedbaby and Dorothys Fortress – unite to release their first collaborative single together, aptly titled ‘Attention’. Released via Disco Halal, the single draws on sounds notorious with the 80s, delivering an addictive synth-wave hit with balearic undertones. Drawing on Damon’s love of cinematic soundtracks and Thomas’ passion for introspective lyricism, ‘Attention’ is full of emotion that tells the story of a lover’s remorse, trapped in a perpetual loop of only one individual’s happiness.

This collaboration has been a long time coming for two friends who for the better part of a decade always wanted to work together, however numerous other projects consistently got in the way. ‘Attention’ finally sees both creative minds come together, drawing on their respective fields – Damon now writing Film Scores, Thomas producing Musicals – to create a vibrant array of sounds that draws on aspects of disco and gospel. There’s certainly an aspect of the song that stands out, which is undoubtedly Cagedbaby’s beautifully powerful vocals. Taking centre stage throughout, the artist hones an innate ability to ooze emotion with every word, especially when singing a torchlight chorus that you’ll find firmly stuck in your head.

Shortly after the release of ‘Attention’ label head Moscoman delivers a club ready remix, fit enough to take over any dance floor. Maintaining the emotive essence of the original, the single is transformed into a chuggy, fast paced, left-field dance track that gains strength as the track plays out.

Over the years, both artists have consistently proven themselves to be unique pioneers in the British electronic music scene. This release is as distinctive and unique as anyone would have expected. Something tells me that Cagedbaby and Dorothys Fortress are going to get quite a lot of attention with this release.