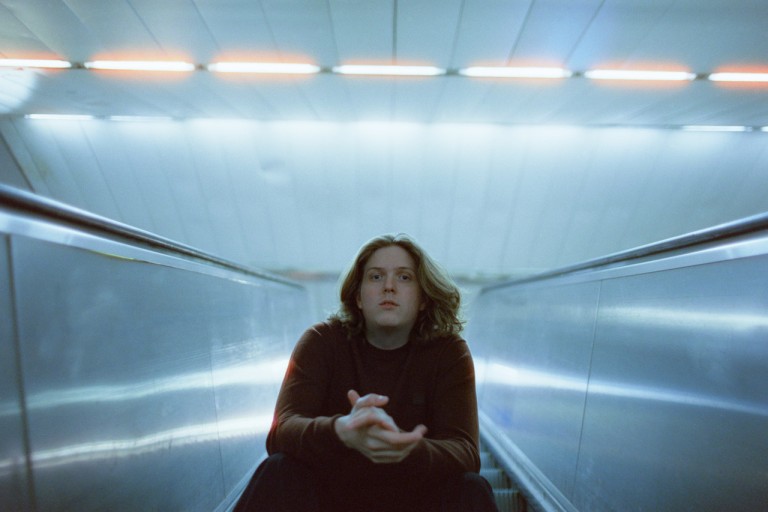 Chilling in the Backyard with Boy In Space

Enigmatic artist Boy In Space releases ‘Lean On‘ from his forthcoming second EP ‘BACKYARD‘, a highly anticipated follow up from his debut EP ‘FRONTYARD‘ last year. Hailing from Sweden, this isn’t Boy In Space’s (also known as Robin Lundbäck) first venture into the limelight, you may also recognise him from teen band JTR, before venturing off as a solo artist in 2017. Gone are the lighthearted pop hits, now replaced with a myriad of new sounds spanning multiple genres, from lo-fi R&B to punk-pop, exploring the inevitable ups and downs of life.

Showcasing an impressive versatility, his first punk-pop single from ‘BACKYARD’ titled ‘A**hole‘ tells the personal story of a darker time in Robin’s life, while follow up single ‘Lean On’ is a hypnotic Nordic pop track with it’s meaning left up to the interpretation of the listener.

While we count down the time until EP release day on 16th September, we caught up with Boy In Space to discuss the upcoming project, find out his favourite place to listen to music, artists he’d love to work with and more.

Heya, thanks for speaking with us! So tell us, how did you come up with your artist name Boy In Space?

The name Boy In Space originated from my first idea witch was Space Boy. But it kinda sounded a little silly to be honest, so I switched it up to Boy In Space.

This isn’t your first foray in the musical space, having seen success with pop band JTR in your teens. What did you learn from that experience and what’s changed for you this time around?

I learned so much from playing music with my brothers. From being playing on TV to stages with 20k people in the crowd.

But I always knew I wanted to do something where I had creative control over everything. So this time around that’s the difference. I’m doing what ever intrigues me creatively.

How has the Swedish music scene developed since you first entered?

The Swedish music scene always changes back and forth from English to Swedish. Right now Swedish is the most popular language for music.

As we progress from your EP FRONTYARD to the BACKYARD, can you tell us what’s going to be different about this new project?

I wanted to show a different yet recognisable Boy In Space. With a lot more darker tones in the music.
The backyard is always dirtier then the front yard so want to play with that concept.

Your recently released track ‘Lean On’ definitely feels like it was made to be listened to while stargazing – what’s your favorite place to listen to music?

There’s a really cool spot from my hometown where I’ve had some great listening experiences. It’s on top of a hill so you can stare out into the wild forest and let your imagination do the rest.

Although they’re very different sonically, both of your new tracks ‘Lean On’ and ‘A**hole’ have a distinctive DIY bedroom pop vibe, is this something that will remain consistent throughout the EP?

I’m heavily involved in the songwriting so I think there will always be red threads in what I release and make.

Can you tell us about your music production and songwriting process? How do you come up with the themes and lyrics in your music?

I usually start with writing melodies to some simple guitar or piano. From there I get a feel for the melodies and they kinda tell me what to write about.

Will you be releasing another single before the EP drops?

A single will be released with the EP.

Who are one emerging artist and one bigger established artist you would love to collaborate with?

Do you have any live shows coming up?

What three countries would you love to visit and perform in?

Would love to perform in the USA, Japan and the UK. But honestly there are so many cool paces where I wanna play live!