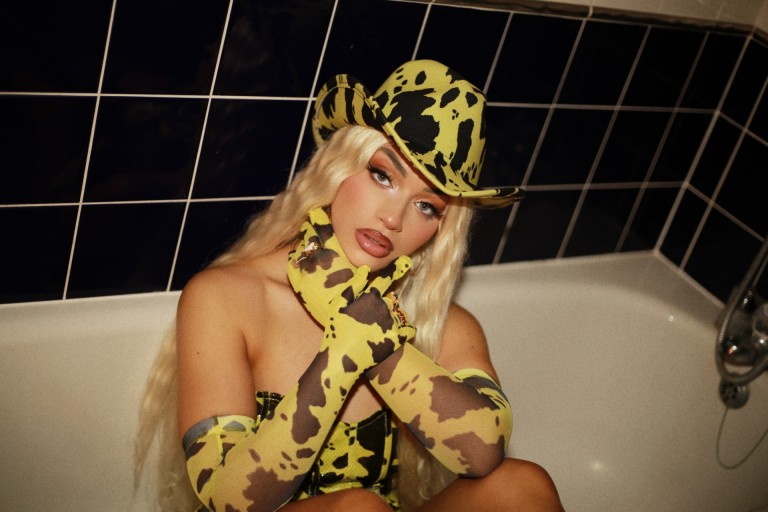 Confronting the difficulties within modern-day dating, the rising songstress Klaudia Keziah has made a stand in her latest unapologetic-yet-sultry single ‘Hero’.

With the aim to inspire and empower many women around the world, Klaudia Keziah has delivered a slice of sensual heaven that enables women to feel confident in themselves. It’s often thought – at least traditionally – that women need a male partner/companion in order to receive validation – not around here we don’t! Underpinned with a pop and R&B infused production courtesy of Jojo F who’s worked on tracks with the likes of ArrDee, Tion Wayne, and Unknown T – Klaudia welcomes the track with a unique sample of Cher, “A quote that really inspired the track is “She needed a hero, so that’s what she became” because I strongly believe in life the main person who will have your back is yourself. This is also why I chose the Cher interview sample right at the start of the song about being “the rich man” in her own life”, Keziah commented.

Enriched with a domineering and feel-good energy that’s perfect before a night out with your girls, Klaudia’s caramel tone, seamless harmonies, and unapologetic lyrics create that boost of confidence we all need once in a while. Paired alongside a set of old-school visuals that contrast against the displeasures of modern-day dating; the black-and-white-washed shots don’t distract from the message laying beneath the upbeat production.

Speaking on the meaning behind the track Klaudia commented, “For me, ‘Hero’ was inspired by a conversation I had with my girlfriends about how some guys slide into the DM’s or even cat call us women in the street. They’re “flexy” approach from the jump about how much money they have or what car they drive is not impressive because I can get those things for myself. A lot of the lyrics are things men have said to me or my friends from experience and through the song I almost get to answer these situations from my point of view.”

‘Hero’ follows up from the 2021 release ‘Dedicated’ that swiftly caught the attention of various tastemakers and publications. Growing up between England and Lithuania, Klaudia from a young age sprouted a love for music when picking up both the cello and piano. Now a self-taught producer, songwriter and singer, the budding talent has built a growing fan base that are eager for her next move. With more music on the way, Klaudia Keziah is ready to showcase the world her music!