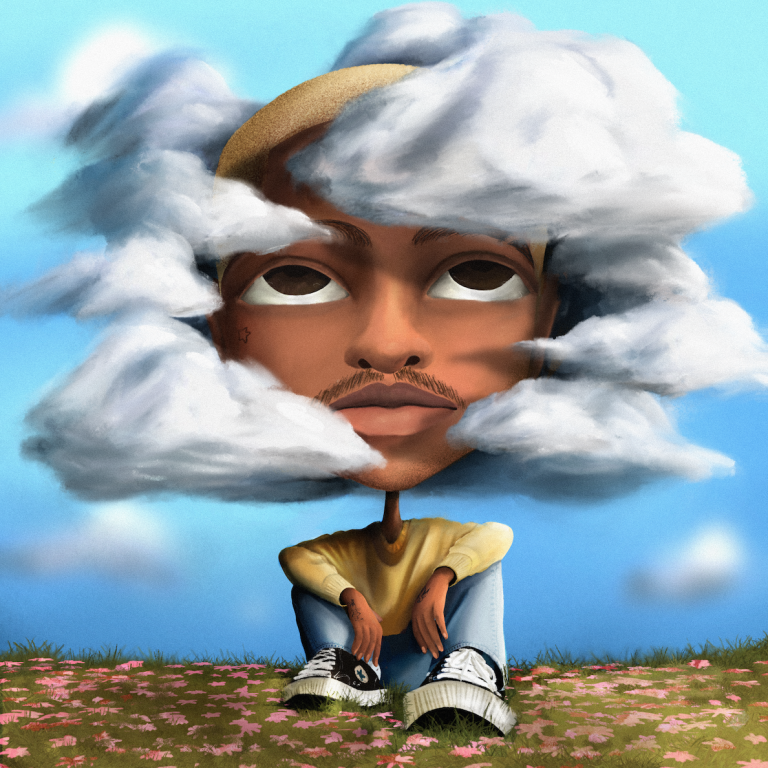 Earlier this year, Porsh Bet$ caught the attention of many with his captivating single ‘Peanut Butter’. It was a release that showcased the songwriters striking artistic prowess and a talent for engaging listeners with complex and thoughtful lyricism. It also showed a unique side to his personality, given that he’s allergic to Peanut Butter, adding a further sense of irony to the track. Recently, he pushed these themes further with the release of his debut EP ‘I Used To Think Forever’, a collection of six tracks that shows the world exactly who Porsh is. Influenced by his upbringing in Harlem, Afro-Latinx heritage, and non-conformist ideologies, no topic is off the table in the artists productions. Throughout the EP, topics such as toxic love, wanting what you can’t have and suffering from emotional themes such as failure, which can feel endless.

Above all, the core theme behind ‘I Used To Think Forever’ is a reminder there will be both high and lows in life, and to let go of regrets and hold onto happiness. For Porsh, it’s been a long journey to this point, which saw him drop out of college after just two months and proceed to couch surf across LA in pursuit of this career. Beyond the emotive lyricism and the catchy pop melodies, this EP is a testament to the artists tenacity, drive and determination to chase his destiny. Consistently placing trust in himself and the universe, Porsh looks set to go onto big things. We caught up with the artist to learn all about ‘I Used To Think Forever’.

How did you start your musical journey? Was there a point where you knew this was the life and career that you had to have?

Started really with YouTube beats then it became an obsession. I don’t think I had to have it honestly, I just wanted to do it and my philosophy with anything I wanna do is just to do it. I still don’t feel like my career has solidified yet but it’s good start fasho.

You took a tenacious approach to developing your career, couch surfing in LA for a year. Where did this drive originate from?

If I really wanna do something imma just do it. I really don’t think about it that much. My mom also always has worked hard so that’s definitely rubbed off on me.

What was the inspiration behind your debut EP ‘I Used To Think Forever’?

Not to get deep but the seasons played a part in how I thought about this ep and the tracklisting and the sounds. Listen from top to bottom it goes summer to fall, I think that’s cool. A lot of sounds on this ep were inspired by my time living in California. There even on your worst day it was still sunny and nice out so that’s why all the music feels like that.

Themes of emotion and its highs and lows are explored lyrically throughout. Have you always written your songs in such an honest manner?

I used to just write about random stuff and try to make it sound cool. That doesn’t work, at least not for me. You gotta really open it up for people. I’m still working on that though, for me I don’t think it’s natural to just bombard people with personal information. You get to know someone over time. Touching on a lil bit of my personal experiences with this project but I still want people to make it fit whatever they’re going through.

How much of your artistry do you think has been influenced by your upbringing in Harlem, alongside your Afro-Latinx heritage?

Hmmm not much, maybe just my taste for certain things like fashion, and how I speak. The different slang I use and my lil accent.

Sonically, the EP dabbles in a broad range of sounds from alt-pop to alt-R&B, what’s the influence behind this? Have you always had this unique sound?

I’ve always listened to a lot of different music so that’s just translated into my own music. It’s hard to see it being unique now but maybe in 5 years I’ll think of it like that. I don’t think about genre when I go in to make a song. Whatever feels right at the time is usually where the production goes, kinda just let it flow.

We see the EP comes with music videos for the singles ‘Whatever’ and ‘November Rain’, is this aspect of visual storytelling something you enjoy?

Yea for sure, I tried to make videos for every song on the ep just to help bring people into my world and what i’m thinking. “Run With Me” didn’t have a video because my plan fell through. It’s all good though it’s really just the start of stuff but I’m gonna make movies and shows all that.

– What can we expect from you throughout the rest of the year?