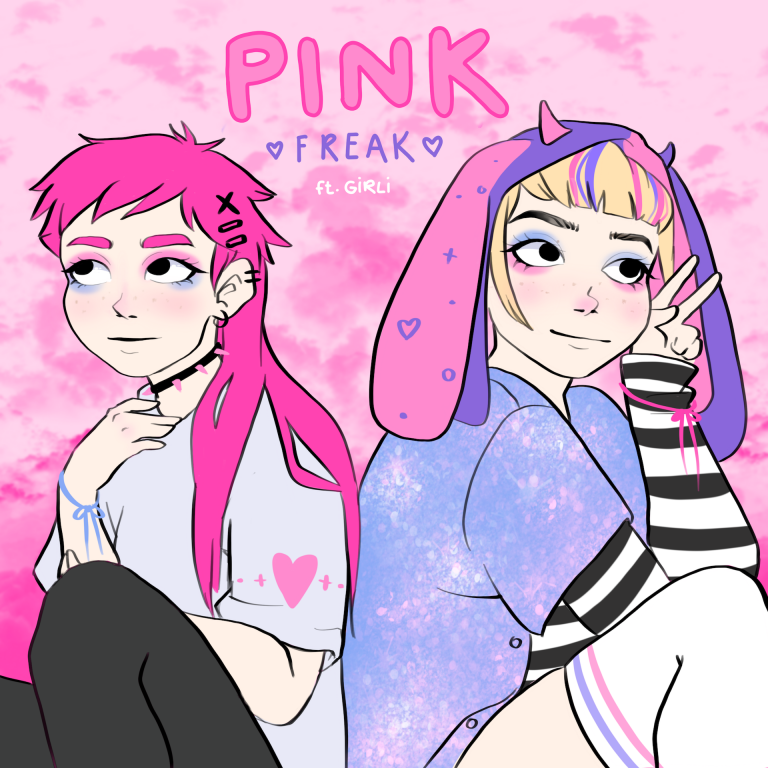 Released January 7th, Pink (freak) Remix is an explosive rock instalment all about defying stereotypes and not having to fit into one particular label. Hard guitar solos together with punchy vocals and horror-themed melodies translate this song into a journey of expression as you are walked through genre stirs.

Elliot Lee is a Brooklyn-based artist and composer whose music frequently hits on topics of loneliness, materialism, breaking down gender conventions, and mental health difficulties. They have a devoted audience known as “the bubblegum army,” and their music has been included in high-profile playlists such as Bedroom Pop, among many others.

Elliot blends dark pop melodies with edgy vocals and unique Electronic rock soundscapes to create an unexpected sound that serves as a voice for the voiceless. Elliot is super aware of what music, free of conventions can achieve for the underrepresented. This confidence seeps through the gaps of Elliot’s work and is loaded with late-night slumber party confessions and philosophical contemplation. All of Elliot’s songs are reminders that you are never alone, including the latest single Pink (freak) Remix.

GIRLI, a cybergoth and grunge-influenced artist who creates waves with her raw and uncensored releases, is the other genius behind Pink (freak) Remix. GIRLI has a significant social media following and over a million monthly Spotify listeners. She now has a new voice, one that is even more raw and unedited than her previous ones. She is newly self-assured in her identity as a bisexual woman and an independent label artist.

GIRLI’s acceptance of many sounds and genres has evolved a lot since she initially appeared at 17, as she leans deeper into a grunge-influenced, riot grrrl sound, pushing the bounds of what is ‘girly’. Over the years she has crafted a persona that was as hard as the word ‘girl’ is soft: “I built this thing up as GIRLI, like, ‘I don’t give a fuck what anyone thinks. But actually, at that time, I really did. Figuring that out, and learning that it was okay to be vulnerable, was so big for me.” She was able to find who she is, underneath the tough cybergoth mask, only after losing her record deal, love, and connections — and along the process, she recorded the finest music of her career.

As these two masterminds combine strengths and fathom their similar passions, we become blessed with this soul-finding single Pink (freak) Remix. And to top it off, the duo has also released accompanying visuals for the highly-anticipated track, which intensify their inspirations, motivations and signifying souls.