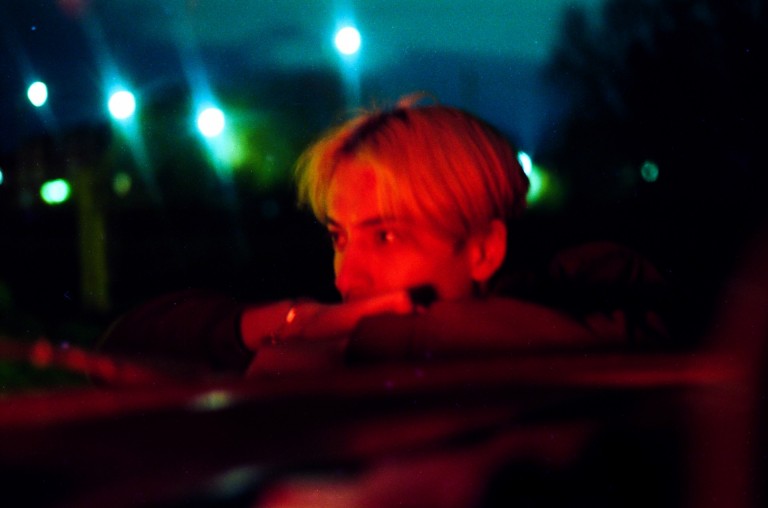 Down The Rabbit Hole With EDEN

As the countdown approaches its finish line, EDEN is only a few days away from unveiling his new full-length album ‘ICYMI,’ and in honor of the record, Goods Way’s hidden speakeasy Nola’s turns into an intimate sit-down listening party.

‘ICYMI’ is the first album since EDEN’s 2020’a project, ‘no future.‘ Dublin’s very own singer/songwriter, producer, and multi-instrumentalist Jonathon Ng, professionally known as EDEN, creates a new sonic spectrum with ‘ICYMI.’

The 11-track genre-blending odyssey shows EDEN focusing all his efforts on producing a project that feels as foreign as it feels personal. ‘ICYMI’ marries electronic, R&B, and unique EDEN soundscapes to provide an out-of-this-world canvas for his vulnerable, descriptive, heartfelt lyricism.

Making use of EDEN’s classic ambient field recordings, ‘ICYMI’ carries the weight of relatable somberness that starts off with his poetic hypothesis with ‘A Call.’ The entirety of the album was written, recorded, performed, and produced by EDEN in more places than you would think, such as Dublin, London, Miami, Cancun, and Los Angeles.

While ‘ICYMI’ is already out now, EDEN talks through his creative decisions and theme inspirations.

How did you become EDEN?

I got addicted to producing music. I was posting it online for free for a few years, and then in 2015 changed my moniker to EDEN and that’s where it all (re)started

Reflecting on your previous projects, what comes to your mind when listening to your early work?

Depends on the project. Some of them are associated with pretty painful times, others with big nostalgia and liberation.

Could you expand on this ‘your creative process is more like excavation rather than construction’?

I just feel like I don’t approach things with any direct plans. I let ideas start in whatever way they do, and allow it to grow and evolve from there rather than trying to make it fit into some shape or preconceived idea of what it should be.

You’re based in London, how do you think the city affects your sound? Do you ever just sit out and record London at its most chaotic?

I have definitely recorded the city. Whether on the underground or in a crowd, or a park. I think the thing that impacts me the most here is my friends. I am constantly exposed to so much amazing and varied music and art.

What are your favorite things about London?

How multifaceted the city is and how cutting edge it is across so many fields in art.

How was your lockdown experience? What did you take from it personally and professionally?

It gave me time. Personally it allowed me to be in one place for an extended period of time. I had never had that luxury in my adult life. So being around and getting up to things with my friends was amazing. Professionally it allowed me space to really work through the music and allow it to get to where it needed to be.

You chose to start your new album ‘ICYMI’ with track ‘A Call’, what was the inspiration behind starting the record off with spoken word? What did you want to express?

I think as soon as I made that track I knew it had to be the intro. Looking back it really encapsulates the core of what the album is about. Feelings of displacement, time dilation, and an attempt to stay on the ground despite the madness life can throw your way.

The album carries a theme of grief over the loss of a close friend, how did you come into a place where you could produce hopeful and bright forward looking tracks?

I think when it comes down to it, that is the only way to deal with it. And similarly in hopeless situations, or even against the prospect of your own mortality, we have to find something to answer the question “why? what’s the point?” the start of finding that answer is in the small things and hope.

What is the backstory of ‘Modern Warfare’?

That song is about the balance of life irl and url. There is so much subtext to interaction online and modern interdependence. It’s about navigating this.

In ‘Closer 2 ‘, you sing “girls still try, but I let it go, proud of my tears, proud to be alone’, a genius lyric if I may say myself, how are you able to be so vulnerable in your songwriting? What helps you open up?

I feel like there are things you can say in songwriting that you wouldn’t feel comfortable saying in conversation. I think that’s the magic of the medium, you get to create your own world and draw your own boundaries. or lack thereof.

What other musicians do you look up to that do not shy away from raising awareness about mental health in their lyrics?

In terms of that kind of fearlessness, one of my first inspirations was Lontalius. who wrote in such a beautiful and arresting way. I love ottas songbook EP which gets very direct at points too.

How do you come up with the concepts for your cover art?

It was something the designer I’ve been working with and I talked about at length. It took multiple sessions of messing around with different ideas and directions to settle on the final version. It started out way more graphical, and I think where we ended up is a perfect combination of photos and graphics to add dimension to what the music expresses.

What are you manifesting for the next couple of years?

I just want to make things that are as good as they can possibly be, and enjoy the process.