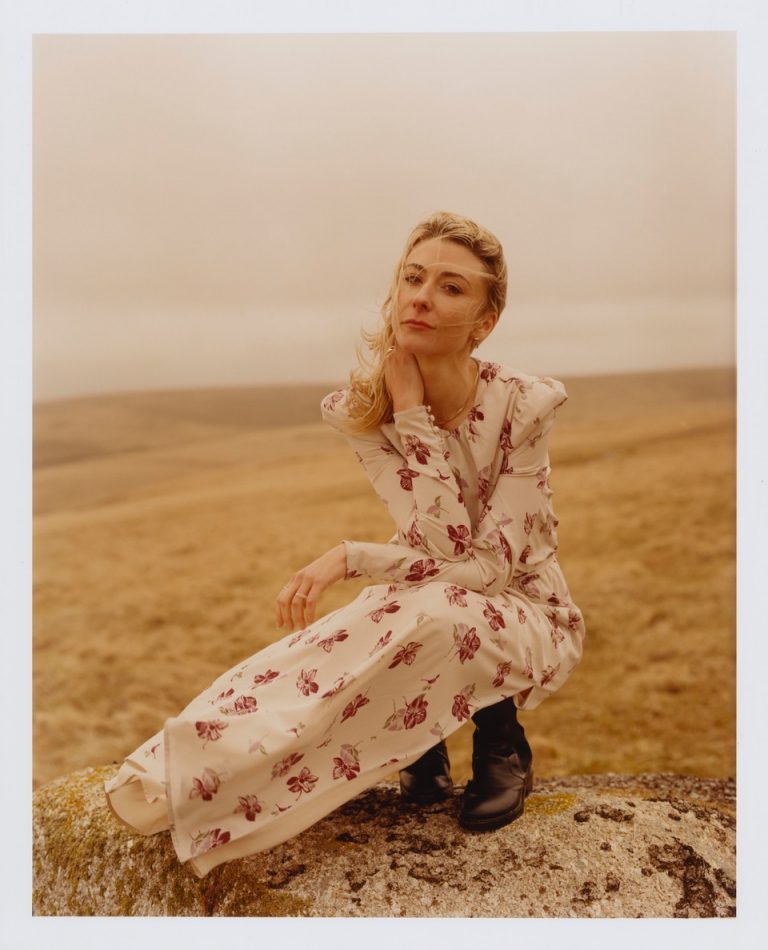 Eleanor K breaks the cycle with ‘All In’

Eleanor K upgraded her festival experience to being on a stage with Crystal Fighters from having drawings on her face and carrying boxed wine. After years on the road, looking for a sense of stability, Eleanor K goes solo and shares a new single, ‘All In.’

While on the road, changing timezones every week, Eleanor K stayed grounded, eating fish and chips with her dad in a car. She’s always been writing on the side, but it wasn’t until she moved away from LA, she found the comfort crammed in a room with minimal equipment. The consistency and reliability of having a routine enabled Eleanor K to produce and create efficiently and stopped being a slave to her mood.

With a new release of ‘All In,’ Eleanor K teases her forthcoming album ‘Everytime’s The Last Time,’ narrating her journey of breaking patterns.

What have you been up to this summer so far?

I have been just mainly in my studio if I am honest, putting the finishing touches on things and beginning album two, music videos and live sessions. Oh, and I also did a bit of trapeezing, so, it’s been a big summer.

What is it about music that drawn you in?

It can totally alter my mood, it is an absolute savoir. I’m fascinated by what it is specifically that can alter one’s psyche so dramatically, particular frequencies, rhythms. It’s a form of communication where words fail. It’s an additional dimension and something I hope to continue to learn and exhaust to understand it.

Do you remember when you knew you wanted to sing professionally?

I was 6 years old and I wrote a letter to Jive Records in orange felt-tip pen asking them to kindly consider handing over a record deal despite my age. I am still awaiting their response, but fairly hopefull. It’s a cliche answer, but I have just always only wanted to do music and nothing else. I was so lucky to be from a musical family and composing and messing around with songs/melodies was common place growing up.

Could you elaborate on how you initially got into music?

My Grandfather was a composer and violinist, he used to teach me how to write songs when I was about three actually, obviously the lyrical content wasn’t hard hitting but it had a huge impact on me. I was (resentfully) taught piano at the age of 5 and then I just started writing and playing around with melodies from there. My grandad on the other side of my family was massively into Jazz and used to be a roadie alongside a lot a British Jazz bands and at about 10 would encourage both them and me to sing in some of their shows. Once I had my heart set on doing this, I was too stubborn and unrealistic to let that idea go.

How did you get involved with Crystal Fighters?

It involved going to a warehouse in East London to meet them for the first time and then they asked if I wanted to play Leeds festival the next day, to which my answer was absolutely yes. The next day I learned the songs I needed to know for the show and drove up in my horrendous Fiat Cinquecento and played with them. It was an amazing experience, I was 19 and prior to that had only attended festivals with drawings on my face and equipped with boxed wine. From then on, we starting touring extensively and the years flew by so swiftly. It’s only been this past year I’ve been able to process the full extent of it all actually.

What was your favourite moment from a show you did with them?

There are so many. So I am just going to say supporting Snoop Dogg will always be a highlight of mine. The atmosphere there was incredible. There is nothing like playing to a big festival crowd. It’s a feeling I could never describe. Looking over to everyone on stage in the moments is always so special as you are all experiencing this unique feeling simultaneously.

What was the hardest thing about touring so much?

The lack of stability or routine. You aren’t living alongside your peers or your family. You end up jumping through various timezones every week and end up running off adrenaline a lot, so obviously once tour is over you end up completely crashing and wondering what your name is and are dosed with a certain inability to adapt to being a real life adult. But we wouldn’t spend long enough being off tour to leave any room for anything else. I can’t imagine I have been a very reliable friend to the people I love at home. So that is difficult. But simultaneously so incredibly grateful to have had that experience.

How did you stay grounded?

There would be times where we would play these huge shows and my Dad would come along and watch and suggest I go and stay at home that night. We would go and get some fish and chips, eat them in the car and chat away about what had been going on. I spoke to my family a lot throughout, had my comfort television shows I would watch and a lot of the time would hide away just producing music, I think in hindsight I was fairly antisocial, but that wasn’t necessarily a bad thing.

Why did you decide to go solo?

I was always writing alongside being on tour and for me, it was just a matter of when I felt confident enough to release things on my own valuation. My music is a touch more depression chic at times and it feels special to have the opportunity to express that side of myself. I love doing solo stuff and being in a band equally, they are two totally different experiences.

It took me such a long to hone in how I wanted to sound. I felt unresolved in where my mind was at and didn’t want to express only darkness. I wanted to be able to find some resolve in my personal life before I could genuine express such a thing musically. It was a strange experience. I feel like I went to every city, every studio trying out all of the different lifestyles to find that perfect sound that accurately represented me, but it wasn’t until I forced myself into a more limited situation, moved back from LA, crammed myself in a bedroom with minimum equipment that I was able to write things that I felt was an accurate representation.

You weren’t the biggest fan of having a routine, how did you get into it and how did it help you?

I guess I was sort of forced into it. I was so very resistant to it, obviously the world shutting down encouraged that further. It made it a lot harder to run away from yourself when not being able to leave the house or runaway from everything. I had always been the person that thought routine wouldn’t be effective, but it’s the thing that really brought me some peace. Reliability, consistency can be an incredibly powerful foundation for creating what you want to create and not be a slave to your mood that day. My head started functioning better.

How is your new single ‘All In’ different from your other releases?

It’s was written fairly swiftly, after a massive creative block and after building it up production wise, I ended up stripping it back. I continue to learn the lesson over and over again of – less is always more and to not over think things. ‘All In’ was not overthought. It was written when finally accessing this feeling of not being totally frantic all the time. The repetitive piano line I wanted to drone throughout in a sort of blissful manner. A lot of songs previously have been a lot darker. I wanted to reflect my mental state and write something lighter for a change.

What is it about?

With the continued theme of me always running away, it’s about choosing to commit to something and do it. Despite any of the struggles on that journey, sticking to what you have chosen to regardless of tricky terrain.

How was the music video shoot?

I felt like I had stepped into Lord of The Rings. Wild Deer, rogue cattle in unexpected locations and no food for a good few miles out. The location of the video was suggested by the director, Rhys Frampton. A place called Tavistock in Dartmoor which was absolutely stunning. The D.O.P’s (Pete Butterworth) parents lived there and they kindly put us up in between shooting. It was absolutely freezing and quite tricky to shoot just from how incredibly cold it was, but everyone was an absolute pro and it didn’t seem to phase them. Jack Fox stars in the video with me – perks, he did most of the work performance wise luckily for me. We wanted the trolley as an abstract element within the natural environment, the trolley is symbolic of the struggles and challenges within a relationship.

What can we expect from your upcoming debut album ‘Everytime’s The Last Time’?

It’s a narrative of a journey that I have been on in the last three years, it navigates through the depths of addiction, the frame of mind I was partial to and coming through that. Addiction has played a massive part in my life annoyingly and breaking cycles has been one of the hardest things I have had to, so this album narrates that journey musically.