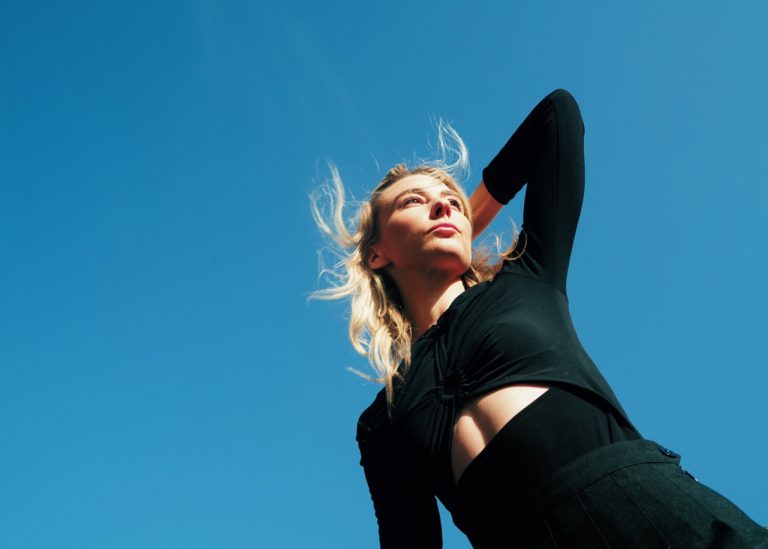 Eleanor K first came to attention after touring with festival favourites Crystal Fighters, but her solo career is taking her in a very different direction. She’s shaping a new identity as a songwriter with a talent for placing introspective, self-analytical emotions into productions full of beauty and intriguing sonic elements.

That talent is very much in evidence in her current single ‘The Panic’s Over’, which builds from multi-layered choral harmonies that take on a celestial air to a ruptured clash of searing guitar and striking beats that underlines its inner angst. And then it fades away just as beautifully as it emerged.

We’re proud to today premiere the song’s video. Directed by Eleanor K herself, it finds her embracing the beauty of nature before being overwhelmed by volatile emotions back at home. It’s an engaging visual metaphor for the song’s theme of trying to control a situation that’s out of your hands, and pushing away anyone that might be able to help.

She says, “The video is symbolic of building something beautiful and then destroying it. It’s about projection and what we push onto other people and make responsible instead of addressing the role we take within it.”

‘The Panic’s Over’ and the recent single ‘All In’ preview Eleanor K’s debut solo album ‘Everytime’s The Last Time’, which will be released early next year. It’s a collection that documents her struggles and ultimate recovery from an existential crisis. It was caused by the contrast of being constantly busy on tour then feeling lost during time off, as well as the stress caused by addiction and personal insecurities.