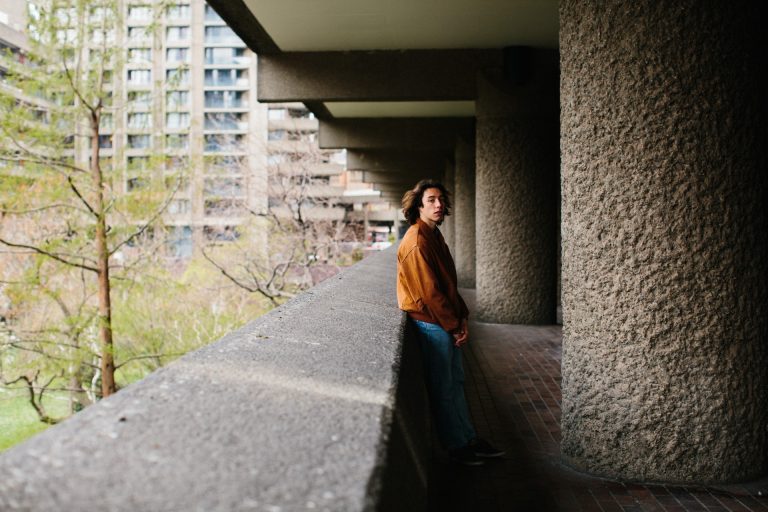 Gifting us with the perfect ‘main character energy’ back in July with his leading single, ‘Littered Sense of You’, singer/songwriter, Sam Walwyn, leaves us in anticipation for the release of his new EP, set to hit streaming platforms in October.

Using TikTok to share snippets of his guitar melodies and quirky anecdotes of his life, Sam’s indie folk/alt pop videos soon went viral with an impressive 6 million views. Whether sharing content online or creating music, Sam’s passionate and heartfelt, touching on personal experiences with an honesty the world can relate to. We talked to him further to discuss his unique sound, as Sam treats us to a powerful new acoustic rendition of ‘Littered Sense of You’ premiering with Noctis below.

Hi Sam, congratulations on your first single, ‘First Place’. When did music first become a vision to you and what inspires you to pursue it?

I’ve always grown up around lots of different types of music. I was used to carnival music from growing up in the Caribbean and when I came back over to the UK, I dived into rock and pop genres.

What inspires me now is chasing that same feeling I got when I was first introduced to Cuban Mambo, The Rolling Stones, The Who, etc. I chase that very same feeling when making my own music, and I aspire to toggle that to the people who engage with my music.

We’ve listened to your music and have our own words to detail your sound, but how would you personally describe your musical style?

Sentimental Indie/Alt/Pop. The type of stuff that’s good to listen to at full volume on road trips, at gigs and when you want to feel like the main character in the shower.

From being inspired by carnival music, flamenco and percussive guitar, I see music as fun and expressive. I try to convey that in my songs.

What do you think your younger self would think of where you are today?

I think he would be proud of what I’ve been able to achieve on my own as an independent artist. He’d also be proud of musically getting to the stage of being able to articulate the musical ideas in his head out and onto an instrument or through vocals.

Your second single, ‘Littered Sense of You’ was released on July 16th! How did you feel once this was out in the world?

I was so buzzing to release LSOY! This song is about not admitting you’re still missing someone. I knew I wanted to, but I was quite apprehensive building up to its release because even when writing the song, I was having trouble admitting to myself that I’m not over this person. To release it and for it to now be other peoples and no longer just my song scared me – I was being more honest with myself and with my audience than I ever had previously.

We admire how you let yourself be vulnerable through your music. How do you find courage to write about personal things and do you have any advice to offer?

I’m still learning how to articulate my ideas more concisely and coherently, but I follow the wise words of JP Saxe, which is: “just tell the truth”.

If you’re writing your truth into a song and not bending your words to fit other people’s expectations, then that’s how you will make something special because you’re being truly honest with your listener. Plus, then you can sit back and relax a  bit more because, regardless of the success of the track, you’ve told a real story.

To share your music, you often use TikTok. Do you think this has influenced your sound?

With your new EP set to come out in October, what can we expect?

Man, I’m buzzing for October!! The EP has many elements that I’m proud of; you’ll be able to hear the precursor to ‘Littered Sense of You’s’ story. ‘Mama Plum’, the next single to be released on September 10th, is one of the first songs I ever wrote and has many flamenco, percussive and more rock elements. The whole EP is v. wholesome and I’m buzzing to share many different elements of me with you.

Do you have any advice for other singer/songwriters who may be apprehensive about sharing their story with the world, be it lyrically or through TikTok?

Stop aiming for perfection. Just start posting and releasing music and figure out your style, aesthetic and voice as you go along. People want to see your development and journey so bring them in for the whole ride!