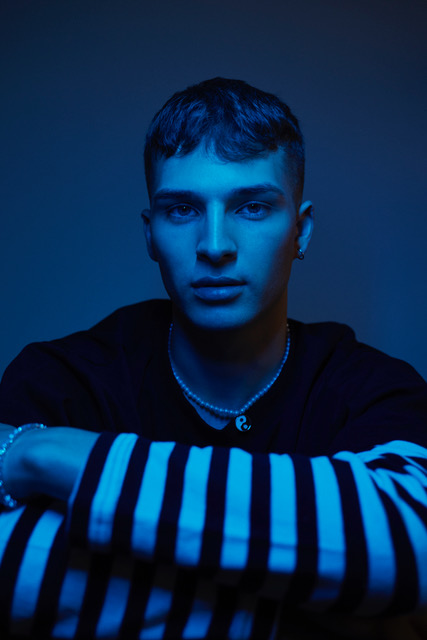 From attending a stage school, newcomer Elliot Horne turns his visions and dreams into a debut release titled ‘WHERE WOULD I BE.’ As a young adult, Horne showcases pure drive and passion for wanting to touch people’s hearts and spark meaningful conversations.

‘WHERE WOULD I BE’ is a gentle sonic interpretation of one’s overthinking tendencies and the haunting loneliness and darkness of a night. Elliot Horne digs deep for his debut single, setting himself and his fans up for a career that is honest, vulnerable, and relatable.

For a debut single, Elliot Horne purposefully chose raw messaging to instigate his emotional maturity and an example of this generation’s musicians.

Hailing from a London-based studio, as he cuts vocals for his new song, Elliot Horne chats to Noctis about how he got started, Tate McRae, TikTok, and more.

Congratulations on your debut release ‘Where Would I Be’, how does it feel to have it finally out for everyone to hear?

It feels surreal that it’s finally out. But it feels great now that I’ve introduced people to my music and given them a little taste for what’s to come.

Why did you choose this track as your debut?

I knew as soon as I wrote it this would be the first track. It just felt like the right song to introduce myself as an artist.

Could you elaborate on what ‘Where Would I Be’ is inspired by?

It’s inspired by the feeling of being overwhelmed and lost in your thoughts that keep you up at night.

Did music play a big role in your childhood/growing up?

A massive role. I’ve always been involved in music from as young as I can remember. I’m a real fan of live music. I go to as many concerts as I can. I actually first started all of this when I was 7 years old, at a stage school where I did acting, dancing and singing.

When did you start songwriting?

I remember writing my first song when I was probably about 10 years old, I’m sure that song wasn’t my best and will never be shown… haha

Do you remember when you decided you wanted to pursue this career professionally?

My Dad would show me tour documentaries growing up. I just remembe  thinking ‘I want to do that.’ I was obsessed with ‘pop up’ stages so if I get a ‘pop up’ stage one day it would be a dream come true and I’m sure my Dad would be proud too.

What is important for you to express as a musician?

Real life emotions and creativity. I want to create music that makes people feel something. Whatever emotion the song brings out for them.

What other topics are you looking to explore in your music?

Topics about growing up, relationships, friendships, being young, mental health, trying to find yourself and many more topics.

Who/what artist from the industry keeps surprising and inspiring you? Who do you look up to?

Tate McRae is killing it right now. I saw her earlier this year in London and she killed her performance. I love her sound!

How did you get into TikTok? What do you think about the app in relation to music and discovering new artists?

I posted my first video back in 2020 and it was so cool to see all these new followers and comments just from one video. I think TikTok is great as you can share your music to a whole new audience.

Are you working on any new music now?

YESS! I’m always working on music. ‘WHERE WOULD I BE’ is just the beginning. More music is coming out soon which I’m sure I’ll be teasing first on TikTok.