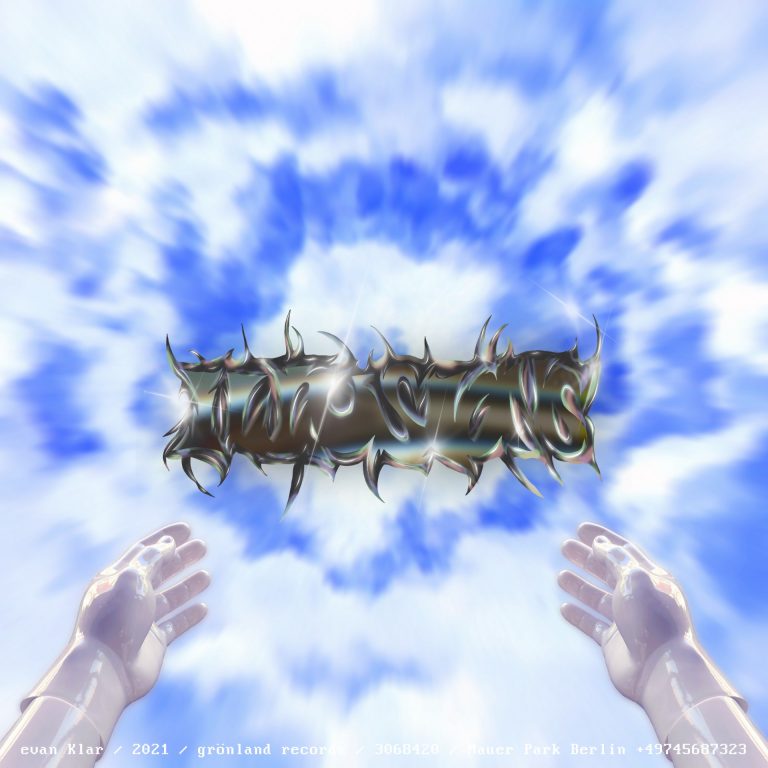 For the German-Australian musician Evan Klar, 2020 was a landmark year. The artist signed with Berlin based Grönland Records, where his vision and alternative style found a perfect home via their sub-label ‘Monchique’. Within a matter of months Evan released ‘Figure it out’, a collaborative song with artist and producer Novaa, that represented his unique brand of alt-pop. It gained huge traction, racking up over three million streams to date. Now, the artist follows this with his latest record ‘Illusions’, a song that draws on the sounds of house, pop, soul and trap to create something that truly stands alone.

Describing ‘Illusions’, Evan proclaims: “This is one of my more ambitious pop-centric releases to date, I call it ‘Cloud trap with a heavy dose of Vitamin D’, a screamingly catchy spark towards self-confession and happiness.” Within the layers of the songs production, a dreamy landscape is created where the artists vast vocal range really shines. At times singing, engaging in spoken word, and bordering on rapping, Evan never fails to grab your attention. Sonically, the inspiration from trap is clear, but it’s paired alongside personal lyricism and a vibrant energy that makes this song such a feel good and rather addictive hit. Perhaps what ‘Illusions’ does best is it shows Evan’s endless possibilities when he merges his range of influences with pop. It’s a natural point of call for the artist and one when fully realised pushes the genre into unknown territory, “Pop music keeps me young and happy, it kinda reminds me of playing with lego as a kid”

‘Illusions’ is paired alongside a whimsical music video that see’s the artist travel through time in a cardboard box. “It’s a trip watching this video back, there’s a lot of subconscious going on, but I think I’m trying to share what I’ve been learning in my own life.” Evan explains, “I’m practicing self-care and I’m gathering tricks that are really working. I guess in the song I call them illusions. My amazing film friends Andjani and Ivarr made this video for me. What’s so crazy is they take my thoughts and recreate them almost exactly as they are in my head.” What’s striking about the imagery is how personal the experience is. You see the artist sitting amongst a crowd watching himself perform on stage and sledging down a snowy hill, whilst being invisible to everyone around him. There’s an air of an individual troubled by these ‘Illusions’ throughout. Visually this music video adds another layer to the single and it does what art should do – it provokes thoughts, as Evan rather cryptically explains: “What happens on the inside is up to you and what’s on the outside doesn’t have to affect that. I believe that’s where I got the idea to sit in a box, fall out of the sky, go from place to place while singing about what I need and who I am.”

Evan has lived a life dedicated to making music, not only for himself but for others as well, but the artist claims his “confusing identity” fuels his approach to making pop music. Born in Australia and growing up in Singapore, Evan lived a nomadic lifestyle that originally took him to Germany to discover his fathers German routes. It was a journey that saw him ply his trade as a session musician across Europe for the likes of Primary One, Charlie XCX, and Alex Metric, which saw him appear at the likes of Glastonbury, Big Chill, and The Great Escape Festival. Ultimately, Evan felt disconnected when playing other’s music and the artist quickly realised the potential within his alt-pop aesthetic.

‘Illusions’ is a piece of music that shows us what pop music can be. Without any creative restrictions, Evan sounds truly free, basking within the sounds he loves. It’s joyful, yet personal. The visuals only takes that further and the message received really is in the eye of the beholder. With an EP coming in the summer, we hope there’s more to come along these same lines.

You can listen to Evan Klar’s ‘Illusions’ below.