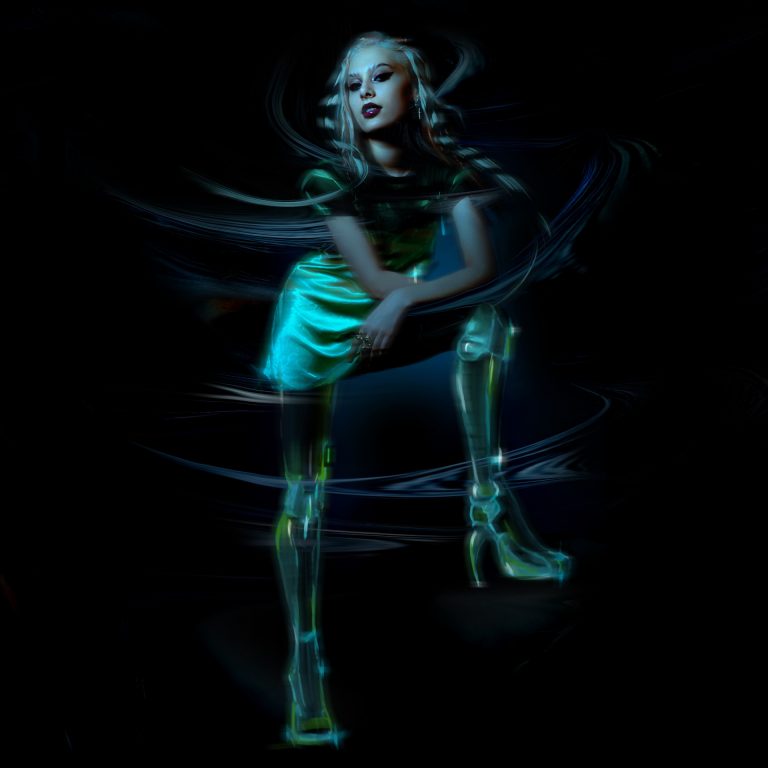 Essex born singer-songwriter Georgia Twinn made a very impressive entrance late last year with the release of her debut single ‘You Shouldn’t Have F****d With Me’ and its follow up ‘I Don’t Mind’. Today, the rising star drops her debut EP ‘Talk‘, out now on EMI Records. Following her previous release ‘Raccoons’, ‘Talk’ cements Georgia as one of the most exciting new talents to watch in 2021, and is released today with captivating title track of the same name, ‘Talk’.

Like most teenagers, 17 year old Georgia Twinn is no stranger to the internet. Unlike most, she already has a staggeringly impressive following on TikTok. Her debut single ‘On My Mind’ self-released last year (with now over half a million streams) saw Georgia’s exuberant but deeply authentic online presence translate effortlessly into a swelling community of fans who are all prepped and primed for her next move.

Georgia spent 2020 in the studio collaborating with a host of blue-chip writers and producers including The Six, Lovesick, Lapsley and Bastian. Now armed with a unique brand of state-of-the-art-pop that’s bursting with personality, all eyes are focused on what Georgia Twinn does next.

Below, Georgia gives us a breakdown of the new EP and what each track means to her…

“‘Talk’ as a whole touches on adolescence, relationships and the world of a teenage girl. Most of the songs were written when I was 15 and still in school.

Starting with the track ‘Talk’, I wrote it as if I was actually talking to the boy I was with at the time. I even showed him the song after it was recorded and still nothing went in which was frustrating. ‘Mine’ is about jealousy and how this girl made me so jealous by touching my boyfriend that I went and wrote a whole song about it which also kinda sounds like I’m saying her name in the chorus. I guess I just like being petty like that.

Raccoons’ was inspired by a group chat that I was added into and how I coped with the bullying from the kids in the chat. ‘Look like now’ is one of my faves on the ep. It talks about how I met my (now ex) boyfriend at a party and how I wanted to show all the kids there that hadn’t seen me for years what I ‘look like now’.

From parties, to relationships to heartbreak, the EP is full of emotion and memories from my teenage years which makes it super nostalgic to listen to. I feel like when I listen to the songs I’m taken back to the moment I wrote them and I fee all the feelings again. The songs are also super personal which makes. It kinda weird that I’m going to be releasing them to the world but I feel like a lot of people my age can relate to the music.”