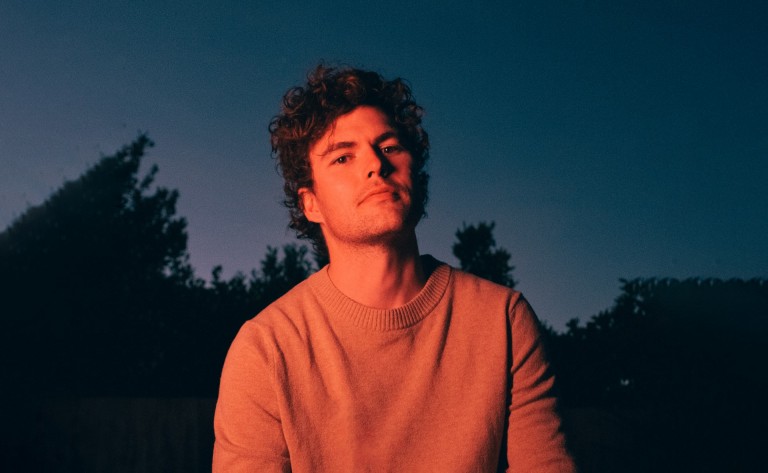 Fight The Chaos with Vance Joy

The Australian indie-folk multi-platinum artist Vance Joy stays still in the chaos, residing in Barcelona, where he recorded his upcoming project ‘In Our Own Sweet Time,’ due to be released on June 10th.

“I was scared of dentists and the dark; I was scared of pretty girls and starting conversations” – as relevant as this confession is for most, it is more than that. The above is the opening lyric for ‘Riptide,’ Vance Joy’s breakthrough release that essentially put him on the map.

The darkest of times can carry the power of putting matters into perspective. In the whirlwind of a global pandemic, Vance Joy prevailed and found comfort in monthly writing sessions, even though they were via Zoom. For his third studio album ‘In Our Own Sweet Time,’ Joy encapsulates this phenomenon, featuring singles ‘Missing Piece,’ ‘Don’t Fade,’ and the newest focus track, ‘Clarity.’

Embodying a character from Peter Carey’s ‘Bliss,’ Vance Joy represents a sense of optimism packaged in musical gift wrapping paper. ‘In Our Own Sweet Time’ has that sweet magic potion that will surface for those late summer nights and car drives with no real destination.

How are you doing today? Where did we catch you?

I’m in Barcelona. I’ve been living here mostly the last two years. I’m going to rehearse with my band for some upcoming shows today.

What is the backstory to your stage name?

I got it from a book I found at a second hand book stall at my university in 2012. It’s called Bliss by Peter Carey. There’s a character named Vance Joy who is an old grandpa who tells the little kids stories.

How did you get into music in the first place?

My parents got me piano lessons, then guitar lessons. I didn’t love them at first but eventually fell in love with playing guitar at age 14. My dad got me a squier strat pack, which is a little electric guitar and amp. Playing Nirvana and RHCP covers got me started on the road towards songwriting.

Could you pin point the moment when you knew you have what it takes to pursue this career full time?

There isn’t one moment. But I remember writing a song called ‘Winds of Change’ in 2009 and when I sang it I got goosebumps. I had a serious adrenaline rush. I was hitting on something that felt powerful when I put that song together.

Who were your early music influences?

Your debut project is titled ‘Dream Your Life Away’, have you ever dreamt of the life you get to live today?

I didn’t really know what awaited me in the slightest when I put ‘Riptide’ out into the world. My hopes were super vague, I just wanted to pout a good recording of a song I knew was good out there.

Did you have any idea of how big ‘Riptide’ will get?
Not at all. But I knew it was special immediately.

How does this project differ form your upcoming album?
My new album has some new sounds on it. I experimented more with the production and the influences are more varied. For example there’s a song called Wavelength on the album which I made with Take a Daytrip and Dave Longstreth of the Dirty Projectors. It’s a real detour for me and I’m proud of what we made.

What is the inspiration behind ‘Don’t Fade’ and ‘Missing Piece’?
Both these songs refer to that connection two people can have that doesn’t fade, regardless of the obstacles life throws up.

Could you share what your new single ‘Clarity’ is about?
It’s about realising what matters most to you when the chips are down and there’s chaos all around.

What is the main messaging behind your upcoming album ‘In Our Own Sweet Time’?
It’s about getting there in your own time. Taking a breath and realising to be present in the moment.

Do you have a favourite lyric from the album?

I wish you could see what I see when I’m seeing you.

How was it working on an album during the pandemic? What were some of the obstacles you had to overcome?
I mean the main one was not being able to work with collaborators face to face. But I wrote 8/12 of these songs over zoom. Writing a song on zoom every month or so was a nice way of keep creative and building a body of work in that covid time.

Where did you work on the album?

Mostly in Barcelona where I was living. But my Drummer/Producer Edwin White was in Australia and Dave Basset who co wrote a bunch of song and produced with Ed was in Malibu. So were were on email a bunch to each other.

Did you find it difficult to stay inspired and motivated at all?

Not really. I didn’t put too much pressure on myself this time round.

What helped you escape the chaos of the pandemic?

Living in a little bubble with my girlfriend in Barcelona, and when I was in Australia hanging with my fam.

What can we expect form your live show at KOKO, London? Are you going to be performing more material form the new album?

Pre-Order ‘In Our Own Sweet Time’