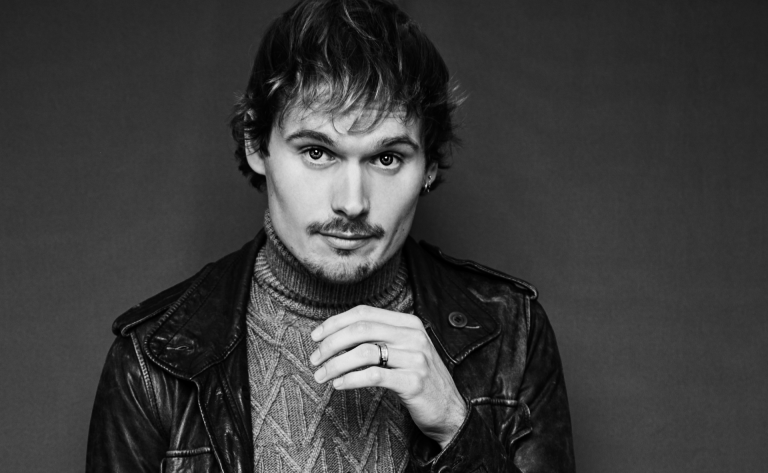 Getting To Know Waiting For Smith

Singer/songwriter Waiting For Smith (aka Harry Lloyd) recently dropped his latest single ‘Best Side For You’. Touching on all things love, the track is wrapped up in indie/folk/pop melodies and with a Vance Joy essence woven through it. Lloyd knows how to elicit a happy, whiskey warm atmosphere in his raw acoustic sound, even when touching on tricky subjects, delivering a relatability without being overly dramatic or emotional.

No stranger to globetrotting, Lloyd has spent his life dipping in and out of London and Amsterdam, exposing himself to different cultures which have ultimately formed his tasteful sound of acoustic led electro-pop. After facing a tragic accident whilst working as ski instructor in the French Alps, he made an ode to himself to dedicate his life to music if he made it out alive. Thankfully, the talented warrior sits with us today to share his incredible new music, displaying just how truly marvelous his creative aura is. We got to chat with Waiting For Smith, delving into his life and how music has shaped his future.

What made you first fall in love with music?

I think listening to music on the weekends. Music was put on a lot when there was no work to be done, no stress. It represented free time with the family. I remember my dad in the kitchen probably playing Van Morrison or Dire Straits, my mum Carol King or Carly Simon, my love for 70s music is 100% from them…. They were happy times. Age 4 I used to dance to my favourite record ‘Baby, Baby’ by Amy Grant. I loved that song.

What age were you when you knew you wanted to pursue music?

Well I had my first band at age 10 called Jester. I was the drummer, lyricist and singer. We wrote a song called ‘Mind the Gap’ and performed it at school. I realised how much I like performing then. Years later I performed an acapella cover of ‘Runaround Sue’ by Dion & The Belmonts at my secondary school. People had no idea I could sing and the whole school went crazy… that gave me a taste of what it was like to be known for what you do. Finally when I was 24 I broke my back while working out in the french alps as a ski instructor. I spent a year in bed recovering and it gave me time to think a lot about the experiences that had made me truly happy. I thought about what I wanted to do with my life. I knew it was music.

Your new track ‘Best Side For You’ covers themes of relationships and love. Can you explain more about the track, it’s meaning and your initial inspiration for it?

‘Best Side for You’ is about wanting to be the best version of yourself for the other in a relationship. It came about really quickly and it was strangely serendipitous. The first lyric I heard went “it was September of 17th, I saw you enter the screen”. I wrote it down when Jan the producer & co-writer said, “why did you pick that date?”. I said, “it was the first moment I met my girlfriend in the market”. He said, “That’s my wife’s birthday!” We both really feel the sentiment of being there for the woman we love.

You had the single written, recorded, mixed and mastered in only three days, wow, impressive! What was the experience like and why do you think it was such a quick process?

It was really freeing to work so quickly. When I first started making records 5 years ago I was obsessed with making them perfect. Sometimes things come fast and if you feel they’re good why change them? Why would you iron out the creases that make it interesting? I think the reason why we feel things in music is because we can relate to them. Everyone can relate to imperfection.

Who inspires you the most musically and why?

Recently I’ve been so inspired by attitudes and characters within music. The way Dolly Parton never took her perfect blond hair off, how Elvis became a brand, Johnny Cash re-discovered his sound singing a cover of Nine Inch Nails, Bob Marley became the liberator of Africa and peace keeper of Jamaica, how you can link most massive commercial success back to Sweden, how one Swedish songwriter by the name of Max Martin has only a couple less number 1 hits than The Beatles. I find these stories so fascinating, when the music becomes bigger than music and seems to be connected to everything.

Do you think the last year has shaped you as a musician?

This last year has done more for me in music than any year previously. I think when I sing now I sound truly like myself. I always wrote a lot of songs but this year gave me more space to think about what I wanted to write about. I’ve been offered my first tour and I really feel like I’m learning to let go of the idea that things have to happen now. The minute I let go, things start to just show up.

How was your experience as a creative though lockdown, was it hindering or beneficial?

Highly creative and freeing. I worked harder than ever before on my music. Long days recording, writing, creating and drinking way too much IPA.

What advice would you give to anyone struggling with a creative block? How do you cope with this?

I think you have to be moved by something to be creative. So go somewhere different, even the next town, watch people, read a book that blows you away, ask someone out, fall in love, take a risk.

How would you describe yourself as a musician and artist?

As a musician I play piano and guitar but consider myself mainly a songwriter, it would appear to most people that I play well. But most of the time I have no idea what I’m playing, I have zero music theory and play just on feeling. As an artist, my main objective is to make people feel good, I like feeling the music is healing. I want to bring joy and positivity to millions. I’m also very restless as an artist. One day I want to make electronic music or R&B, the next day Indie-folk and the day after that a crazy punk song.

Excluding your new single ‘Best Side For You’, which of your songs is your favourite and why?

I’m really proud of ‘Hopelessness of Love’. I feel you can listen to it on repeat – it’s hypnotic, so great for a road trip. I still think ‘Trade It In’ when I hear it is a great summer tune and I always return to ‘Monkeys In My Head’ as I feel it really calms you down if you’re stressed and reminds you it’s gonna be OK, it was also my first record. ‘Lost in Your Light’ for a while was my favourite as the last chorus when it opens really makes you feel free. At the moment it’s probably ‘Tired Mind’ – although it’s sad, I love the lyrics, it’s so honest and I know everyone has those days where they don’t feel like being happy. That song healed me the day I wrote it.

And lastly, what else can we look forward to from you musically in 2021?

My second EP Trying Not To Try, with a collection of what I think will be big tracks! The records are much bolder, mainly piano led pop with strings, great grooves and gospel arrangements. They really move your heart in a hopeful way. The world needs that now.