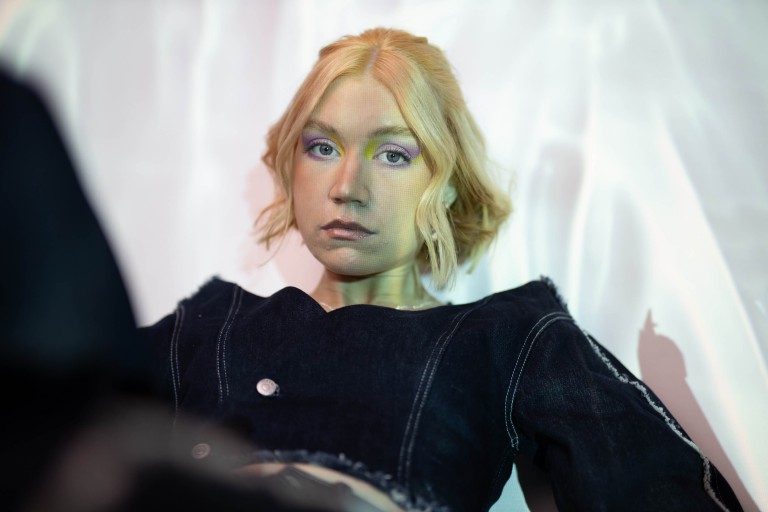 Hanne Mjøen, a Norwegian alt/pop artist, has just released her new single “Bad for My Health.” This song has a high-rousing chorus, spine-tingling chord progressions, and love lyrics – resulting in an anthem that will make you want to dance.

Hanne is not your typical pop queen. Her exhilarating sound is laced with a shadowy, raw edge, serving as a comforting reminder that it’s okay to be flawed, while her lyrics serve as a release valve for pent-up emotions.

Shortly after the release of her EP, ‘Emotional Fever’, Hanne describes the stages and struggles of being in a relationship in “Bad For My Health.” Feeling content with the love but dissatisfied with putting yourself second. She fell in love, but she also fell apart. This is her journey to find the courage to say what she believes – and she’s bringing us along for the ride. This track was written by Fanny Hultman, Liz Rose, Hanne Mjøen, Cassandra Ströberg and was produced by Sebastian Aasen.

“Bad for My Health” takes you on this rollercoaster ride, as she explains, ”Sometimes I think love is bad for me, and in some ways it is, because it isn’t always good and we’re not always good for each other. We do toxic things and we have our selfish moments. “You’re bad for my health but you’re good for my heart” is my way of describing the ups and downs of a relationship when you’re too honest with each other, fighting over stuff that don’t really matter, not knowing if you should take a break or break up, but because it feels so good when it’s good, you keep trying.”

Being a small-town girl who lives in a lonely world, Hanne grew up in Oppdal, a small mountain village, as the daughter of a hairdresser and a salesman. She had never imagined herself as a pop star. All she wanted to do was sing and write songs, hoping that they would strike an emotional chord with someone out there. Pop music as a genre, with its booming choruses, spine-tingling chord progressions, and lyrics about love, longing, and betrayal, drew her in.

Her music has received over 23 million streams and airplay in over 25 countries around the world, including Annie Mac and BBC Radio 1. Hanne’s set to have an explosive year in 2022 and we can’t wait to see what’s in-store.