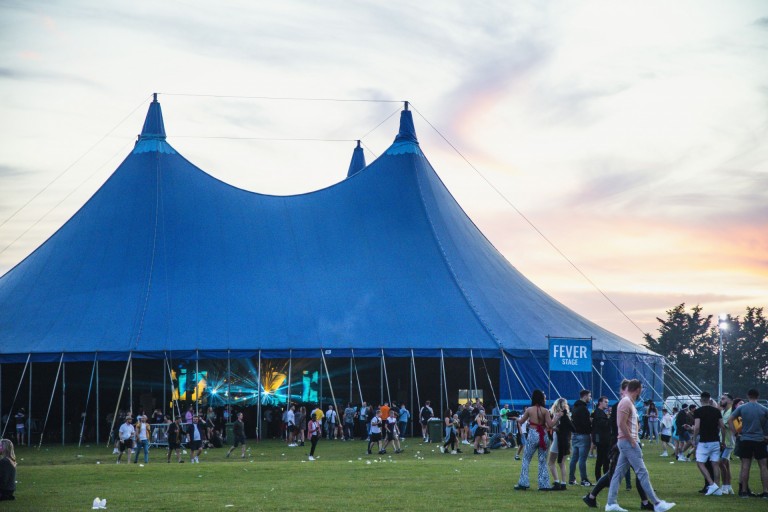 Prepare for Surrey’s One Out Festival with Noctis

One Out Festival will expand on the sell-out success of its first edition on June 18th, with an increased capacity and two additional music stages at Surrey’s lush Apps Court Farm. Eats Everything and Skream will headline the festival’s return, along with Dusky, Melé, Chloé Robinson, Arielle Free, and the phenomenal The Menendez Brothers. If you have One Out on your festival list, read on to hear Noctis Magazine’s excitement about this year’s event.

Apps Court Farm in the heart of Surrey, tucked in the bends of the winding Thames River, was one of the stars of the first event. With its hidden lakes, thick old trees, and rolling hills, it’s a stunning naturalistic environment ready for exploration (only 35 minutes from London). This year, there will be four carefully planned and professionally created stages with a focus on musical and audience variety.

Eats Everything, the Edible label leader, Radio 1 regular, and dexterous DJ famed for his multi-genre performances, is the first headliner. The second headliner, Skream is yet another raver that can fire up any audience with his unique blend of bass, techno, house, and explosive rhythms.

Joining them will be the best of the house and tech world, with festival favourites Dusky, house selector Melé, crossover queen Chloé Robinson, rising star Arielle Free and party starters The Menendez Brothers all performing across the festival.

After performing at practically every club in Ibiza, Sam Divine will return to the One Out main stage with her trademark sound. Prospa, another emerging UK artist on the bill, is expected to perform their distinctive euphoric compositions.

The entire event is put on by a team of true music fans who are as concerned with the details as we are. This includes next-level stage designs with plenty of high-tech extras, as well as production, light, video, and sound systems to create a rich, immersive experience unlike any other.