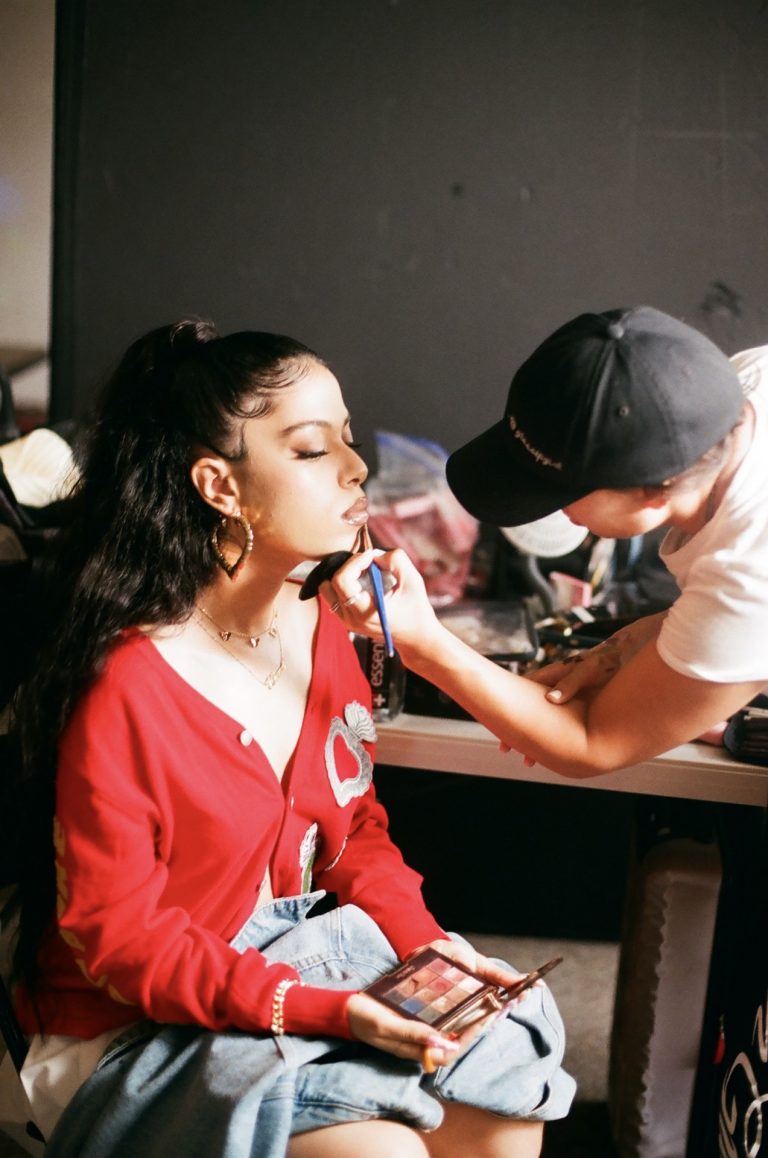 ilham Opens Up About Love on ‘gang signs’ | Photo Gallery

Born and raised in the hard-hitting streets of Queensbridge, New York, ilham is a singer-songwriter who redefines what it means to be from the projects. In her own words, “no one should feel inferior because of their zip code.” Discovered by French Montana and managed by SALXCO, the rising New York songstress has now signed with Def Jam Recordings with no signs of slowing down. Last month, ilham released a sleek new single, also treating us to accompanying visuals for ‘gang signs’, which has now gathered over 1 million streams on YouTube.

Underpinned by a moody, downbeat production, ‘gang signs’ is a smooth R&B jam that allows ilham’s ethereal vocals to take centre stage. The track explores the uncertainty in a relationship when lovers are hesitant to show their emotions outwardly. Directed by Lauren Dunn, the video – shot entirely in and around ilham’s native Queensbridge houses – takes us into her world.

Talking about the single. ilham says, “What’s so special about “gang signs” is that it’s the first song I wrote after the long pause creatives had to take due to the pandemic. It was also the first session I put together with the intention of starting the process of creating my first album. All the creatives were my friends so it was mad fun, but I didn’t expect the first song we created to be a single. Safe to say every session after that went smooth and something amazing came out of it.

Sonically, “gang signs” is a feel good, nostalgic record. It makes me wanna go on a drive and lifts my mood. But if you actually read the lyrics, they’re actually sad. It’s about two people who are in love, but they’re too afraid to be in love due to various reasons. I think this is a common theme in my generation. We wanna be in love, but fear or outside noise gets in the way.”

Get an exclusive look behind the scenes on set with ilham below.