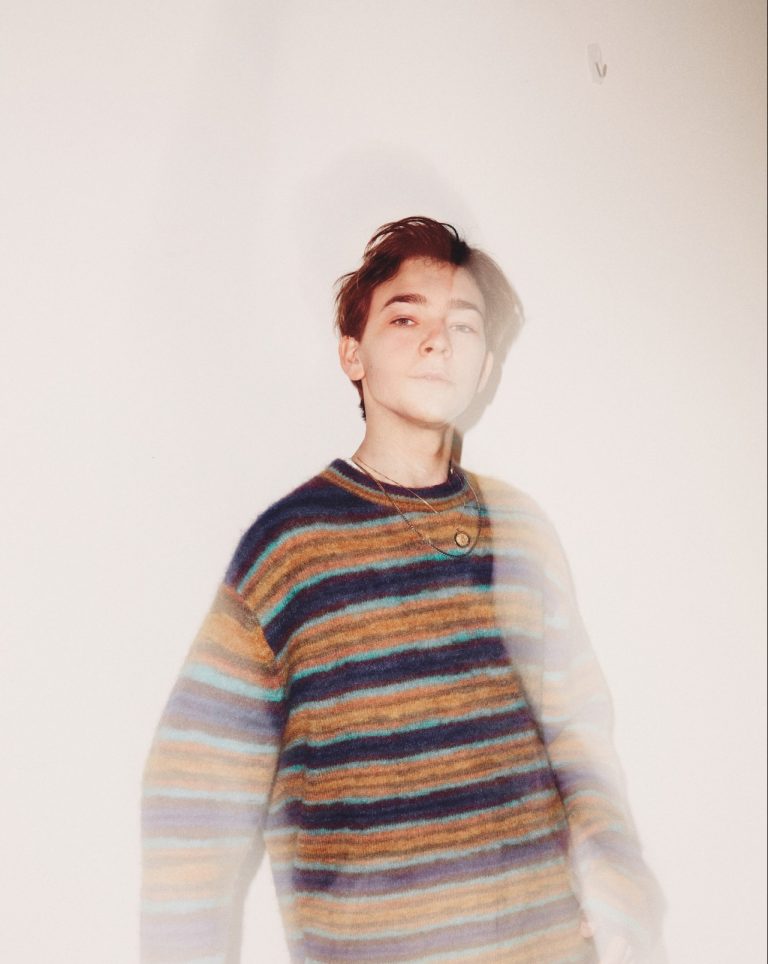 In Conversation With Denis Coleman

A few years back, a multifaceted musician and a rising pop artist Denis Coleman found himself standing on a stage at London’s O2 Arena in front of twenty thousand people opening up for The Vamps with no significant body of work released yet. As a teenager, nerves were playing up, but then he remembered someone once told him, ‘the most important thing you can do on stage is to enjoy yourself’ and that’s what he did.

Denis Coleman was always a driven kid who was never scared to dream big. Today, preaching ‘practice makes perfect’ and experimenting with new sounds, Coleman shares the release of his new single ‘Tangerine’ and was the only special guest at HRVY’s virtual show at the Royal Albert Hall.

Coleman’s journey started when he moved to London with his family. At only six years old, they packed everything and left New Jersey. Initially excited by his obsession with knights and castles, Coleman calls London his home after ten years of being here. “It was definitely an adjustment. It was definitely weird as a six-year-old to uproot everything that you’re used to and then come into a whole new place where you don’t know anyone. I feel like I’ve definitely felt very welcomed by London. I feel like it’s a very welcoming place and accepts people from all over the world. It was always a good fit”, he declares.

Right upon their arrival, Coleman picked up a violin for the first time. “It sounded like dying cats, sadly”, he laughs. “But over time, I practiced it got a little bit better. I started to explore other areas of music that sometimes drove my teachers a little bit crazy, but I never really wanted to play the stuff that they gave me. I was always trying to make up my own little songs or played something that I’d heard on the radio”.

After exploring and playing around, Coleman came to the realization he could make his own songs. Since then, it was difficult to stand in his way. At only eight years old, he made his first little beat. He talks us through it: “When I realized that I could write my own songs and I could produce my own music on my computer and make beats and make songs, that’s something that really inspired me to go all-in and try and learn more. At that point, I think I made my first little beat when I was like eight years old. I was really little, but I just loved it, and I just did it all the time. If I had some free time and my friends were maybe playing video games or something, I would just be making a beat instead. I had to create some music, and it’s really gone from there. It started off as making beats, turned into writing songs, lyricism, trying to bring in elements of poeticism to my lyrics, eventually singing as well”.

He continues: “I wanted to be able to bring the different ideas and the different melodies and the different tones that I had in my head, bring them to life, and to do that, I had to be able to sing. So I started to sing as well. It all happened when I did this competition when I was 14, which was a singing/songwriting competition. After that, I met some people in the industry that eventually led to me opening up the show for a band called The Vamps around the UK, which was sort of my first experience performing to that scale and to that many people. And it’s all just kind of snowballed from there”.

While I’m getting to know Denis Coleman and listening to his story, his perseverance and incredible work ethic enable him to showcase his talent at such a young age. For anyone, who might be intimidated by the complexity of making beats, Coleman gave us some pointers: “I would suggest, and it applies to a lot of things is to practice. When I started out making beats, when I was eight years old, they sounded like nothing you would ever want to listen to in a million years; they were terrible. But over time, you really do start to learn, and you start to progress. And so to anyone out there who’s interested in making beats. I think being patient and going easy on yourself is very important because the music that we listen to today is produced to such a high standard that if you compare the first beat that you make to something you hear on the radio, there’s so many different layers to that of mixing and mastering and different things that they use that it’s never going to sound the same. But I think if you take the time and invest the time to keep trying and experimenting with your production, I think that’s going to help you to improve over time”.

Before releasing any significant body of work, Coleman got an opportunity of a lifetime. Bouncing feelings of nerves and excitement, he shares the magnitude of performing at the O2 Arena: “The most people I performed to before were 60 people, I’ve been doing a lot of little gigs here and there going to open mic nights, doing the competitions, but never anything on the scale of the O2 Arena. When I ended up getting the call to do this tour and to be able to have that opportunity, it was such a combination of feelings because on one hand, it’s obviously incredibly nerve-wracking to think about having those many people judging your performance, but at the same time, I’d always been quite a driven little kid and I’d always dreamed of trying to experience performing in front of people and at bigger places, higher stakes, more creative control over the show. So it was something that I had definitely been wanting for at least several years prior to that.”

While touring with The Vamps, Why Don’t We, and New Hope Club, Coleman’s streak was disrupted by the coronavirus, and live performing was put on hold. “Lockdown was a turbulent time. It was a time of a lot of change. There were a lot of things that were unknown. It was an unknown time”, he says. Working on his debut project amid everything,  Coleman saw himself tapping into different issues: “I started to focus a little bit on what it is to socialize. Recently, how that’s been very much online internet zoom, all the different relationships that have changed and come up as a result of lockdowns. Writing songs a little bit about isolation, a little bit about loneliness that so many teens have experienced, and how are different changes in relationships and interactions online and, and all of that has sort of played a part in creating this new world”.

Coleman expresses it was a strange feeling releasing his debut EP ‘Don’t Wait’ during a lockdown. However, the project’s message was to remind himself and other people to be patient and hang in there. Coleman shares his inspiration behind the record: “This EP for me was a very hopeful EP. At the time, it was about trying to convey this sense of continuity and drive through what we were going through. It was a bit disheartening. It was a little bit like a message to myself almost because I was writing at a time where the typical ways that artists grow and improve and learn through touring and live events and connecting with fans in person and all of that had just been completely shut down”.

“There was this voice that was saying, well, just wait it out, don’t do anything. Just give it a bit of time, and then you can start again. I realized at a certain point after having a little bit of those thoughts initially that it wasn’t going to be a long-term solution. I didn’t really know how long it was going to go for, so I wanted to write this EP ‘Don’t Wait’ as a positive message to myself and anyone listening to it to say you can easily fall into that hole of procrastination of saying just wait a little longer. And just trying to give myself and others the impetus to go for your dreams and to try new things and to keep trying to learn and grow, even though it can be a little bit more challenging”, he explains.

In April, Coleman returned to the stage for HRVY’s virtual show at the iconic Royal Albert Hall. They met on The Vamps’ tour, as HRVY was also one of the opening acts. “We’d been in touch ever since. And I was planning to come to help him out as a special guest on his tour, which got postponed and postponed, but it’s now happening in October”. Besides that, HRVY was able to put a virtual show together and asked Coleman to be the only special guest. “I was ridiculously happy when he asked me to do that show and to get out there on stage again and perform. It was amazing and weird as well. It was amazing to get out there and sing and be in such an iconic place, being at Royal Albert Hall somewhere, I’d always dreamed of playing one day”, he says.

“It was definitely a very different experience than a normal gig. In that giant room with so many seats, there were only three other people in the room. They were like two middle-aged dudes holding a camera and his manager walking around. Overall, it was just fantastic to get back out there again”, Coleman reflects.

It is quite rare for a pop artist to produce their own music, but as you can understand, Denis Coleman is not your ordinary pop artist. He sees the release of his new single ‘Tangerine,’ a cool-pop tune, standing in its own lane, production, and vocals, all done by Coleman himself. He explains the inspiration behind ‘Tangerine’: “It’s actually a bit of a funny story. So the general concept around this idea of someone who’s putting up a bit of a shell, putting up a bit of exterior, but actually has quite a good soul on the inside and is just a real person on the inside is something that had been an idea that I wanted to write about. I mean going through COVID and lockdown, it’s influenced all these different aspects of my writing and this idea of everyone gradually becoming more and more their social media persona. We already had that situation before lockdown, where people would compare themselves to other people on social media. But once we got into lockdown, that turned out as one of the main ways that we actually thought about other people. So it was this idea of who someone is on the inside and just trying to get to know them. But the central metaphor of the song of a Tangerine was inspired by a Tangerine”, he giggles as he then goes on by explaining it was his producer’s lunch snack, a tangerine that sparked the idea for the song title.