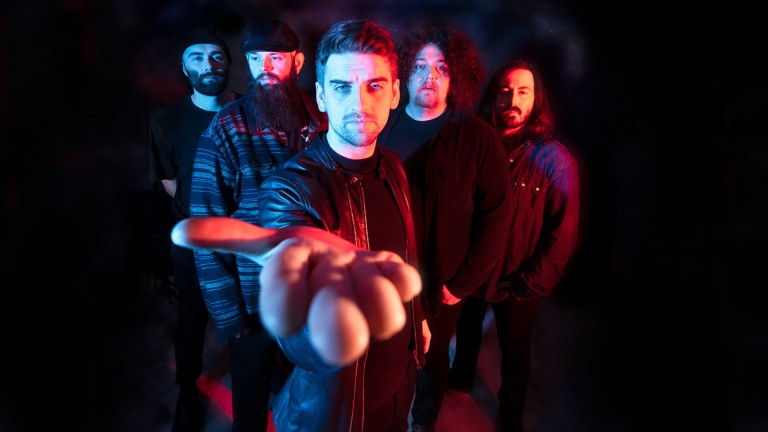 L.I.F.E Lessons In Forgetting Everything with Psyence

Following on from their self-titled 2019 debut album, Staffordshire Alternative Rock outfit Psyence have returned with ‘Lessons In Forgetting Everything (L.I.F.E)’, preceded by the singles ‘Domino’, ‘So High’ and ‘Sugar Sweet‘ and ‘Nobody Understands’. Packed with atmosphere, energy and twists and turns fuelled by rock, electronica and indie sensibilities, the LP is unpredictable in the best sense of the word. We caught up with them to talk about what the new album means for them.

The West Midlands has a strong heritage in Rock? Was there a particular artist on the local scene that made you want to start a band?

I wouldn’t say there was a particular artist that made us want to start a band because we were so young we didn’t have a clue what was going on in the scene, we were all still at school! However we didn’t start Psyence until a few years later and were in previous forms of the band before this project, so I guess the change in musical direction was heavily influenced by a local band at the time called ‘Vellocet’ who are actually all our friends now, and their original bass player Wilson even stepped in for us for a while whilst Jay was recovering from a knee operation. Seeing them take to the stage in the early 2010’s made me want to go down the ‘rockier’ route for sure.

The album has a strong tinge of electronica within it. What inspired this?

I suppose it’s a combination of 5 people with ever growing eclectic musical tastes experimenting with different sounds, Pig acquiring more keys and synths to mess with and a desire to intertwine guitars with electronica, I imagine it will head more that way as well moving forward. I find personally that some of the sounds that can be found within a synthesiser/keyboard can unlock different ideas in my head, that a guitar can’t necessarily do all of the time.

Did writing the album in lockdown help with creativity?

Absolutely 100%. About the only positive any of us can take from the pandemic really, with no pressure of gigs and rehearsing a set relentlessly for live purposes, we could fully let loose and spend all of our time together (during the phased returns and tier systems) writing new songs, and we spent that much time at home we were spending hours and hours just writing new music – I think it really helped with the quality of this batch of music in all honesty.

You’ve toured up and down the country. What’s your favourite venue/festival to play and why?

Favourite venues are 2 locals, The Underground and The Sugarmill – had so many good times over the years in those, and the Lexington in London was cool to play, as was the 02 academy in Birmingham for Shiiine on Festival a few years back, also there was a really small venue in Nottingham called the Jam Café that we use to love playing. (Sorry I can’t narrow it down to just one)  Favourite festival is definitely Shiiine on, we’ve got a solid following there now and its always just a brilliant weekend. Kendal calling was class as well, definitely hoping to play there again.

What are your plans for the future?

Keep performing, recording and doing what we love doing. Want to see some of the world doing this and keep meeting new people, hopefully make a career out of it one day (That’s the dream anyway) You’ll be hearing a lot more from us – we’re already writing the next record!