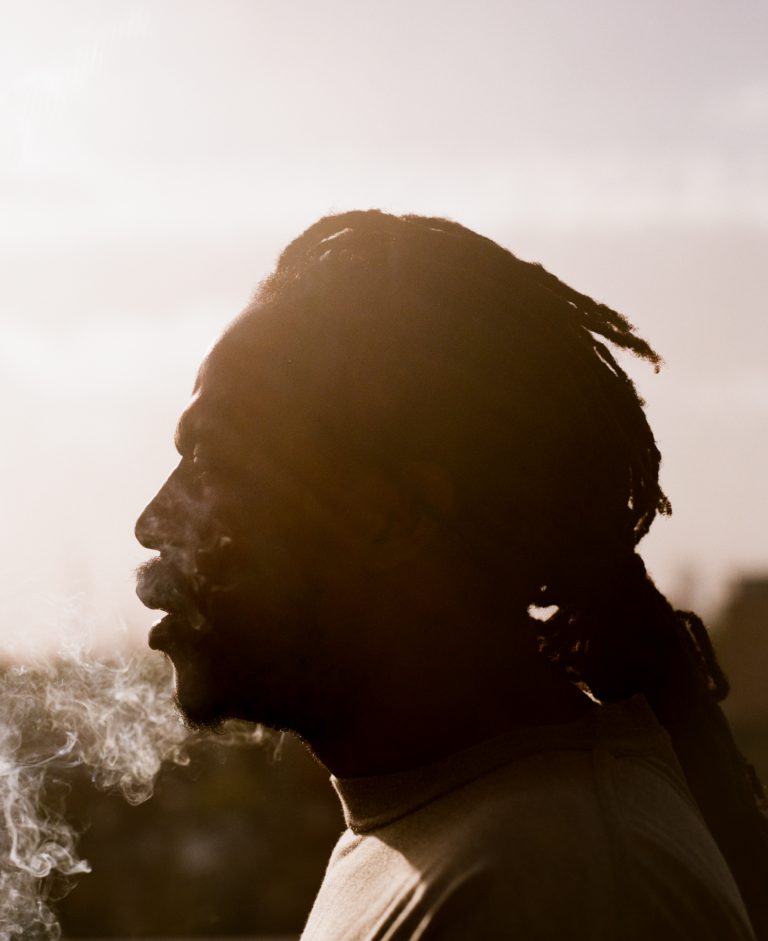 In Conversation With SiR

Oozing with patriotism, the Inglewood, California native- Sir Darryl Farris, widely known as SiR appears to have magically exploded on to the scene since his most recent collaboration with Kendrick Lamar on Hair Down. The multifaceted singer has completely warranted his recent recognition having worked in the industry since attaining a degree in Recording Arts. He then went on to further establish his credibility from being on Tyrese ’s team as a sound engineer and co-writing for Anita Baker, Ginuwine, Jill Scott and Stevie Wonder. SiR’s journey has been a real-life fairytale as he touches on the few obstacles he’s faced on his journey from walking out mid-session with Tyrese and being a ‘broke musician’ whilst enduring many jobs to fund his passion before finally being signed to Top Dawg Entertainment in 2015.

I get a call from SiR ’s PR on a Tuesday morning for our 30 minute slot whist he is slumped in bed after he had finished with his impromptu shoot with Nahwand Jaff who was able to skilfully capture him in his most authentic element in his hotel room before a full day of press visits.

As we now know, SiR has been working in the industry for a long time and with the calmest demeanour, he continues to expresses gratitude for the position he’s attained despite never having any major expectations on where his passion and talent would take him. Maybe it is his Christian upbringing that has heavily impacted his humbleness and even stimulated his passion for music as he shares ‘my mother was the Minister of music at our church and still is! She’s been there 30 years. I spent a lot of time singing as a child, even outside of church and at home because my mother was just a musician and a fan of music. She played the piano and always had us sit around the piano. I’m the youngest of four boys and me and my brothers would always be standing around the piano with her teaching us where we should sing and what part we’re singing… that was just a part of my upbringing.” In awe, I ask SiR what it is about Gospel music that has set the foundation for so many American singers that I have personally observed began their passion from singing in their church choirs. “Church in my community is huge! I didn’t have many friends that didn’t go to church growing up and the majority of my family are still very much involved in church so it’s definitely a large part of my community… it shaped the man that i am, outside of me being a musician. It has shaped how I look at people, how I receive people and I try to give out as much love and respect to everyone I meet as possible … its just how I was raised. A lot of the values I carry, I learnt from church and my mother. We are a very God fearing family for sure.”

SiR’s family ties are evidently still extremely strong as he continues to work with his 3 older brothers and confides in his close friends for their opinions on his music during the development stages. “We trust each other and are extremely brutally honest with each other so we never really had issues with communication” – the remedy for any long term successful relationship. The talent in his bloodline flows strong as he shares that one of his brothers is a rapper and has been recently casted in Netflix’s new show Rhythm & Flow. When it came to signing with TDE, he says “They were already a squad, they’re a family. They welcomed me with open arms… They did a lot for me early on in helping to understand where I wanted to be and what my net projects would look like… I have grown a lot with my team and they have grown with me. They feel like my brothers and they are also extremely, brutally honest with me. The respect level is high, we respect each other and share our opinions despite it may not being what the other person wants to hear… it’s about us as a team”.

As the conversation grows, he opens up more about his journey as we now know has been established through genuine connections, authentic passion and true love for his craft. It’s not a surprise when he says he just makes music for himself rather than worrying about how commercial his work is. “I just make music. I love protools and I love recording and making songs and singing on the right note. What works best for me is that I really don’t give a sh*t. I don’t really care. I write music to help me in my life. It’s very therapeutic, its relaxing. I’m not really good at much and I didn’t really start aiming for things until I got with TDE who started the discussion on the overall picture rather than just a single song.”

This quote appears to be the secret ingredient to success- to just do what you enjoy without overthinking and to not worry about a strategy until the right time comes your way. “We don’t sit down and create without a purpose anymore. The biggest thing is that i’m trying to be a better me than I was before. I want to make sure that i’m always going above and beyond with my creativity. When I put out projects, I always listen out for negative comments as much as I look for praise because those are the things I pick at to make things better…. “I just always want to fulfil my art and my craft ‘cos, I have family members and nephews now that look up to me and its really important that I show them a good example of not being stagnant in what they do and to always strive to do their best at everything”.

SiR’s authentic approach to life almost becomes contradictory to this era’s social media perfectionism. He advises with a chuckle “Man, get off social media, go outside with your friends. Its crazy, its an unnecessary evil – that’s how id put it. Its definitely not life, its not real. Its just as valuable to have roots in then ground as it is to have a connection to your fans. Its all about balance. There has to be two sides to every coin so its good to be on the internet and to establish yourself and take care of that but its also good to sit down and have f*cking dinner with your family and meet girls outside of the internet and like shake peoples hands. I say that the more people you touch outside of the internet, the better you’ll be.”

This becomes more evident later that evening at his private album listening party at Scotch of St James. He so effortlessly connected with his audience through the Q&A session and as he performed a few songs from the latest album- Chasing Summer before partying with the crowd until the early hours of Wednesday morning.