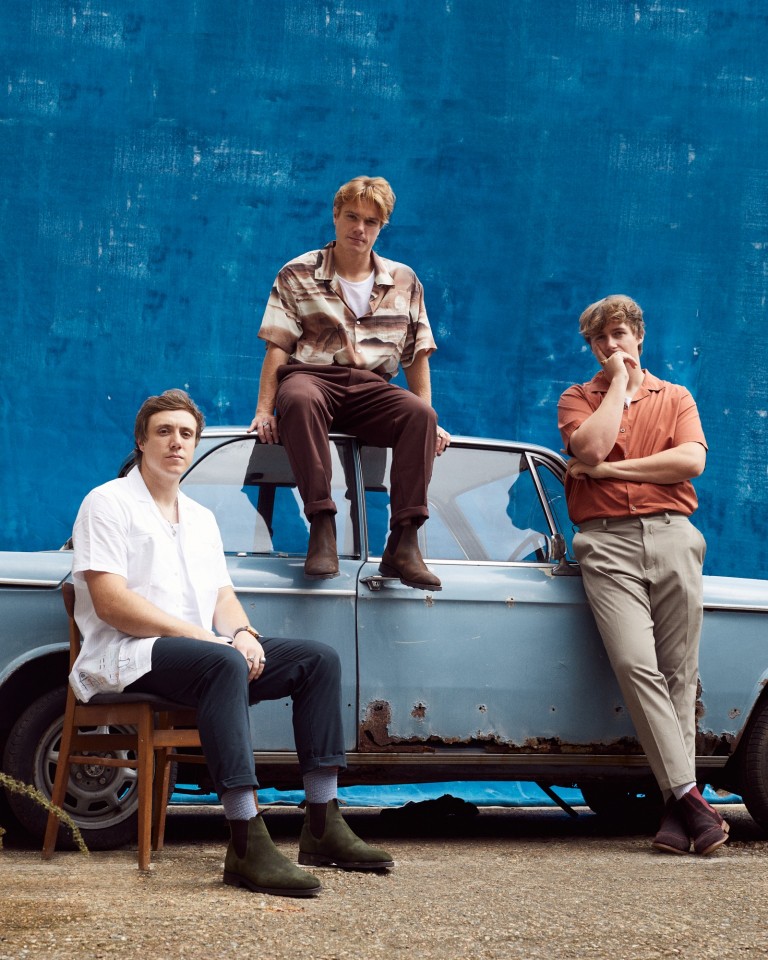 In Conversation with Tors

Through the cold Winter nights, take our advice and you can be certain that listening to Tors will warm you up from within. The indie trio’s stripped back instrumentals laden with gorgeous harmonies feel like a sonic embrace on new tracks ‘I Don’t Miss You (Except For When I Do)‘ and ‘Colour In The Ordinary‘. Finding solace in lyrical themes like being holding on to love, being honest with your feelings, or just celebrating being okay, Tors have built a well-earned reputation for emotionally sincere music which is beloved by their growing loyal fanbase.

We speak to the band about collaborating with the talented Lily Williams on ‘I Don’t Miss You’, perfecting their trademark harmonies, gearing up for a new EP, and plans for 2023.

Going back to the beginning, what made you decide to form Tors? And what’s the origin of your band name?

Matt and I grew up around music, our grandfather was a famous guitarist from the 1950s who wrote the first ever play-it-yourself guide, so I suppose it made a career as an artist seem like a tangible, achievable thing. As teenagers we always played music separately but never thought to collaborate until we were living together in London and finally it clicked, we wrote and sang so naturally together that we decided to form a band and that’s where Jack came in. We found him selling cockles on Barry Island and saved him from a gruelling life as a seasick fishmonger.

Our band name actually comes from our childhood, in Devon, there is a national park called Dartmoor that we endlessly explored growing up – scattered across the landscape are these enormous rock formations called Tors and hence the name because we’re strong and grey and god knows how old.

What do you love most about making music?

The writing process is hard to beat when you hit upon a melody, or a chord structure or even a lyric that excites you collectively it’s like no other feeling, that creative rush is addictive and you feel like an adventurer exploring totally unknown territory. It’s also amazing to play a show to a room full of people singing along with every word.

Your vocal arrangements are beautiful, especially your signature harmonies! Does it take a lot of practice to perfect them, or does it come more naturally?

Ah thanks so much! It’s more natural now than it was at the beginning but it still takes a lot of work and practice, we get rusty when we take any time off so we like to put the hours in when approaching a tour.

Tell us about working with the amazing Lilly Williams on your latest single ‘I Don’t Miss You (Except For When I Do)’ – how did this collaboration come about?

We wrote the song over Zoom during lockdown with the incredible Lily Williams, it was our first session together and Lily was in LA while we sat in our respective sitting rooms/bedrooms. I believe we were introduced by our manager Ann and we hit it off immediately, Lily is one of those rare talents you have the honour of meeting once in a blue moon. Her lyrical mind lent so much to the song and she challenged us to take it in directions we never would have without her. Also, her voice is like melted butter for your ears.

Who would you love to collaborate with in the future?

Are you currently working on your debut album?

We are actually gearing up to release an EP and then who knows? We’re trying to keep fairly free and open to the opportunities thrown our way, we write all the time and it always feels like it’s leading to a larger body of work so fingers crossed.

You’ve played a lot of concerts and released live performance videos this year, would you say you prefer performing in front of a crowd or in a studio?

Oh easily performing in front of a crowd, it’s an experience that’s hard to describe unless you’ve been privy to it but the thrill of walking onto the stage to present the songs you’ve crafted in a little shed in the middle of the countryside is ridiculous. You have to pinch yourself sometimes when you’re on stage and remember that this is what makes all the struggle worth it.

What’s the best piece of advice you’ve ever received?

Never trust a man on stilts.

Yes we are actually releasing a single in January people have been begging for since we teased it on TikTok a few months ago, we had our own little viral moment with it so we’re excited to see how that goes! We’re also joining the unreal Sam Ryder for his UK and Ireland tour in March! There’s a few other exciting things but we can’t talk about those yet.