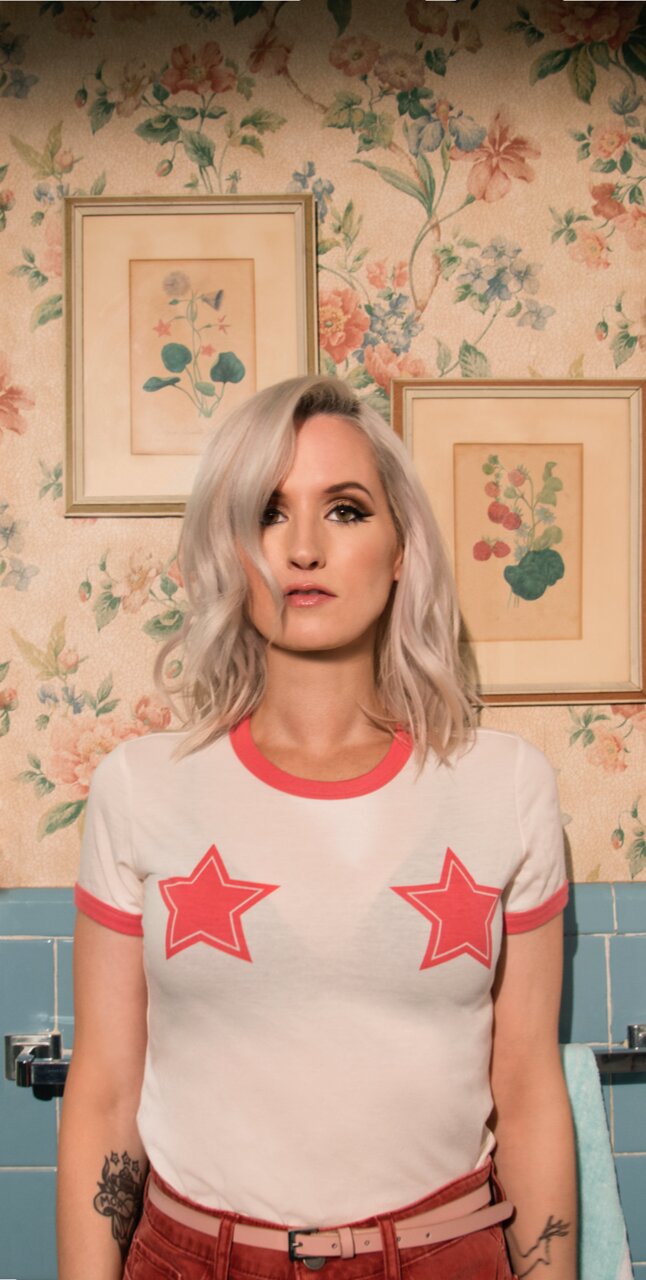 Ingrid Michaelson Brings Hope Back With ‘To Begin Again’

When I say the name, Ingrid Michaelson, depending on who you ask, the answer may vary. Born and raised in New York, the indie-pop singer has dipped her toes in many waters. The most recent one is a hopeful post-lockdown track ‘To Begin Again’ featuring the global superstar ZAYN.

For me personally, I had half of Michaelson’s discography in my iTunes library, including hits like ‘Be OK’, ‘You And I,’ ‘Everybody,’ and many more. Fast-forwarding to the present, Michaelson blessed a Broadway stage with her presence and is also working on a musical adaptation of ‘The Notebook’.

Ingrid Michaelson is no freshman in the music world. In our interview, she shares how Grey’s Anatomy may have started her career, the bittersweet year when she released ‘Be OK,’ and what she’s working on at the moment.

When did you know you wanted to be a singer/songwriter?

I actually went to school for musical theatre. After I graduated college I did a tour of a show for children. In each venue I would sit down and play the piano pre show. One of the my fellow actors told me my songs were pretty good! So I thought maybe I should try this out. And it just kind of worked out!

I was able to record a lot of my music very cheaply in the beginning because I had lots of friends who had access to studios. And I had lots of great musician friends. I put my music on myspace and a licensing company found me. Next thing I knew my songs were on Grey’s Anatomy! So I guess you could say I got started on TV.

How would you compare your earlier work with what your current releases?

I definitely have been more into the pop world with my new releases. But I look forward to going back to a more singer songwriter vibe.

Looking back at your 2008 project ‘Be OK’, what time of your life does it embody?

That time my life was when my mother had been recently diagnosed with cancer and also my career was taking off. One horrible thing and one wonderful thing happening simultaneously. Very tumultuous year.

How did you come up with the concept for ‘To Begin Again’?

It was the day Biden took Pennsylvania. And we knew he was going to be the president. Everyone in my Brooklyn neighborhood was outside banging pots and pans and singing and cheering. I was too. That evening I sat down at the piano and the bulk of the song was written in five minutes.

Did you always have ZAYN in your mind for ‘To Begin Again’? Did you reach out to him directly?

His team reached out to me over a year ago about working together. I didn’t have a project until “To Begin Again” happened. And I knew he’d be perfect for it.

At first it was somewhat relaxing actually. Because I was able to not do anything and no one had any expectations of me.  But after George Floyd was murdered it became extremely oppressive. And as time went on and we were all kept from our family members it became even more difficult to rally. I think that’s why I feel so positive right now because I do feel the world waking up again. And then to be able to hold my loved ones again is such a gift.  I’m not quite sure what all I’ve learned from the pandemic and the lock down just yet.  I know it’s a lot I just have to have the time and space away from it to unpack at all.

What is ‘Build It Up’ from a hit series ‘Little Fires Everywhere’  inspired by?

I was asked to write about the story of the show. The song is from multiple points of view of different characters in the show. And it is a song very much about mothers and daughters

Could you talk about your experience starring in ‘Natasha, Pierre and The Great Comet of 1812′? How does it compare to being on a Broadway stage to a concert?

When I am on stage at a concert I am a heightened version of myself. In Comet I was a character. It was thrilling. One of the most challenging things I’ve ever had to do and also one of the most rewarding. A High school dream.

I was asked by the producer to work on it. It’s been such an incredible experience so far.  It’s a very cool experience to hear other people interpret your music. Constantly evolving. I didn’t choose it, it chose me!

Are you working on music at the moment? Could we expect more releases this year?

I am working on more holiday songs. Never too early to work on Christmas music!