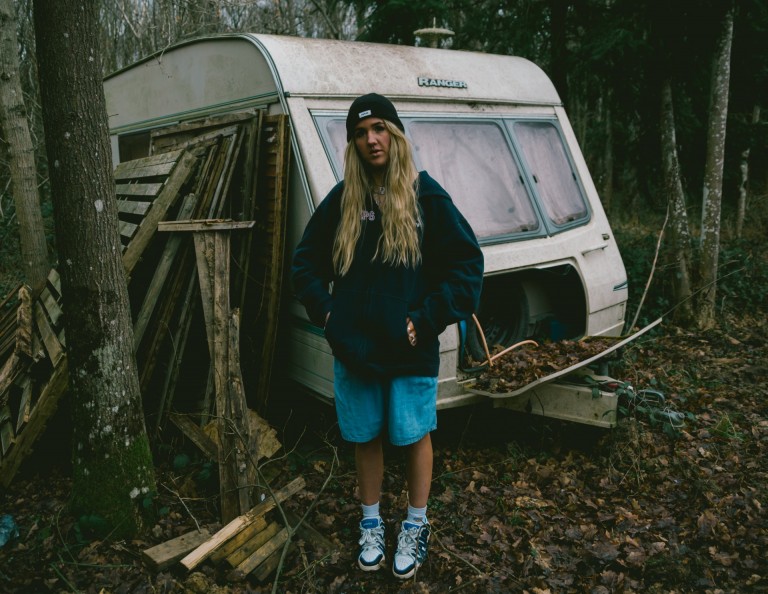 Ines Rae is one of the UK Pop scene’s brightest new stars and has quickly amassed thousands of fans. With a sold-out London headline show already under her belt as well as support from Spotify’s New Music Friday and New Pop UK, she is a Pop powerhouse that every music aficionado should be acquainted with.

Hey Ines, congratulations on your new single ‘Superhero’. 2022 has already been a big year for you with the release of ‘Burner Phone’ and ‘Parma Violets’. Are you building up to something exciting?

Hey!! It has been such a great year with the release of my debut EP. There’s one more song to come on that in June and then some super exciting new music a bit later on (with a slightly different direction..). Plus another headline show in the works during the last quarter of the year.

You sold out your first ever headline show at Laylow, London a month ago. How did it feel to perform to your fans in the flesh for the first time? Was it different to what you expected?

It was the best night ever, to sing to a sold out crowd and feel all the love in the room whilst everyone’s singing your words back to you was just insane. The energy and support was more than I could have imagined. And it was also my 20th birthday so it felt like a massive birthday party. I can’t wait to do it all over again.

What is your dream music venue/festival to perform at? Do you have any memories associated with those places?

I’ve got two really, one which I hope I’ll be able to achieve soon, which is the Shepherd’s Bush empire (I’ve seen some of my favourite ever artists there from Lennon Stella to early days Shawn Mendes) so that would feel like a big milestone. And then of course Wembley stadium would be insane, in fact I think 10 year old me saw One Direction there so I’ve gotta say that one.

‘Superhero’ evokes feelings of nostalgia and the bittersweet nature of adolescence. Did your youth shape the music you make today? When did you start writing and creating music?

All my experiences come through in my music and lyrics. Superhero definitely represents part of my own childhood and the anxiety and uncertainty that I’ve felt growing up into adolescence. I think we spend so much time when we are little wishing to be older and then when you’re older you look back at your childhood and wonder what the rush was about. I think it’s a shame that simple pleasures like dressing up as a superhero and playing in the park are frowned upon as an adult Cus I wanna do that now lol. I’ve been writing and creating music since I was 14 and I’ve loved every single second, it’s what I want to do for the rest of my life.

Where do you think you’ll be a year from now?

I really hope that I’ll be headlining to bigger capacity crowds in bigger venues, playing loads of festivals, regularly releasing music with one of my songs charting, and I would also love to be travelling internationally showcasing my music on a support tour.