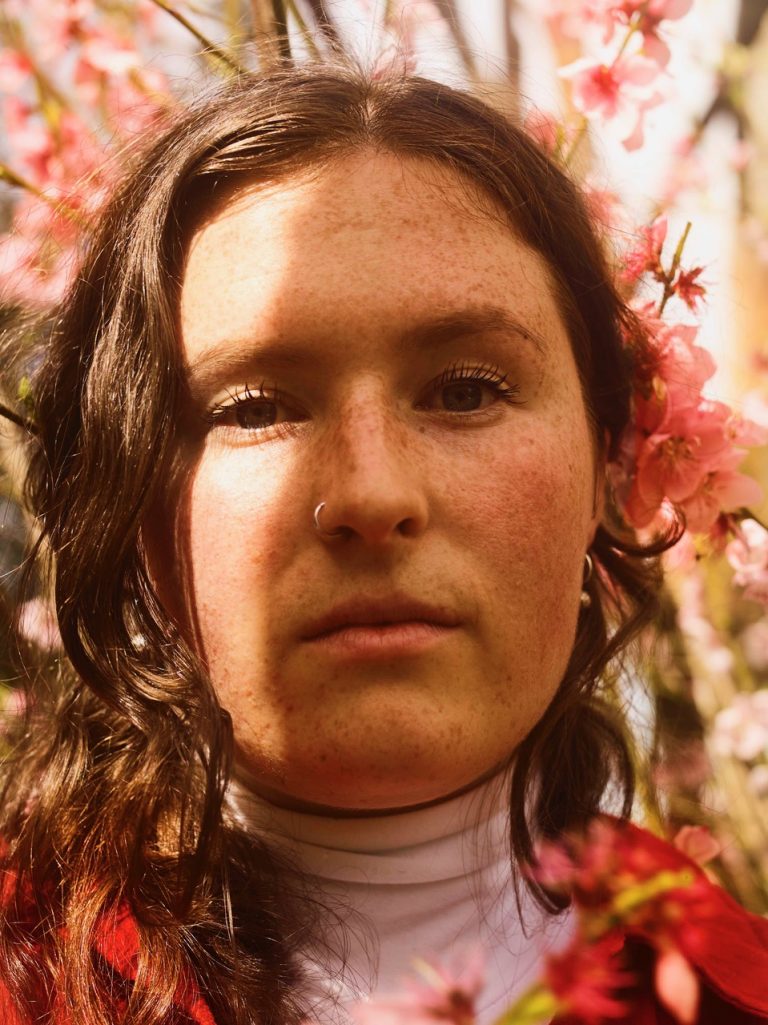 Take lemons and make lemonade, they said. From what could’ve been months of bed rest, Tulliah turned her ankle injury into the start of what we know today as her singing career. The 19-year-old singer/songwriter from Victoria’s Mornington Peninsula reveals her captivating new single ‘Just My Type (A Little Bit Lonely)’.

“I gave my friends the biggest fresh hug”, Tulliah states as the first thing she did after lockdown was over. Melbourne had one of the toughest precautions against the virus that keeps standing in our way of happiness. As isolated Australia is, its recovery is faster than other countries’. “Melbourne is definitely getting closer to being back to normal. I went to a gig the other day with a friend and my heart was filled with so much love and the room had the best vibe. I think everyone in the room was definitely in ore of just seeing musicians play in the flesh again”, Tulliah shares, as a rare sight to see over here in London.

Prior, Tulliah’s life looked a whole lot different, and a forced break came in handy. She elaborates: “My experience hasn’t been so bad. I’m very lucky to be living in a place surrounded by nature and have a big family to keep me company. Before lockdown, I was very busy so I loved having time to chill and do things like go on lots of walks. When covid wasn’t as bad I was in the studio recording and would stay there during weekdays, and come home on the weekends. So I was still very occupied. By the time it got to the second lockdown, I was starting to go a bit crazy and missed normality”.

Although time deprivation was not an issue, the lack of sources of inspiration, incurred in writing blocks for many artists. Like anyone else, Tulliah missed being busy: “The first lockdown I found the hardest mainly because I was like yes I’ve got so much time to write more music, thinking I’m gonna come out with a whole album of good tunes. But I couldn’t write anything. I think because I get a lot of my inspiration from other people that I see and talk to, so I felt a bit lost. Which I’m sure many people felt. I did love the time to chill because before lockdown I was pretty busy with touring as a support act for the first time over 2 months. When I came back home I would be in the studio, so I didn’t really have a break. I missed being busy though”.

How it all started you wonder. Tulliah’s success story includes a horse and a perfect blessing in disguise situation: “I started songwriting at 15 yo after I had a bad injury and was bedridden for a long period of time. I fell off a horse, I don’t ride which is probably why I fell off lol. It was really shit at the time because I couldn’t play sport anymore but it’s been a blessing because I don’t think I would’ve started writing music”.

Only a 19-yeas-old, but Tulliah already got the chance to open for artists like GRAACE and Amy Shark. While talking about the tour experience, Tulliah remembers how shocked she was at the number of people actually listening compared to her previous pub gigs. “The GRAACE shows were my first ever support tour so it was all very exciting! The Amy Shark show was right in the middle of my year 12 English and Maths exam. I finished my English exam and left straight for Wodonga which is about 5 hours away from where I live. The drive up was so much fun because my Mum, brother, close friend, manager, and cousin came with me and we couldn’t stop laughing. People don’t usually show up to am opener but the whole place was at full capacity which was 1500 people. I was so used to playing pub gigs where I was just background music, so it was so lovely to have people actually be interested in what I was playing.”

Last year’s release ‘Company’ introduced Tulliah with a classic teenage story of a crush and longing for attention. Now she reflects and retain’s her friends’ support: “I first wrote ‘Company’ about a crush I had, that was very one-sided haha. But it’s mainly just wanting someone’s company, whether that is family, friends, loved ones. Depends on how the listener interprets it. Now ‘Company’ reminds me of being at school with my friends for the last time. All my friends were very supportive when I released the song and I remember heading to a school camp on a big bus and everyone was singing it, my heart melted”.

As an introductory track, Tulliah intended to showcase her personality and bring her fans a bit closer with the music video for ‘Company’. “Seems it was the first song I had released, I really wanted it to be a representation of who I am and a way that people could get to know me a bit more. The video was filmed by a couple of friends and me on my family’s old VHS camcorder. While I was editing the video, I found some old clips of me and my siblings when we were younger bouncing on the tramp, reading, and canoeing, so I added them in. It’s pretty much just a video of people that I love and care for, which makes it extra special. People whose company I love”.

Previously, Tulliah expressed she would like to talk about the struggles of coming of age, mental health, and other topics like being cheated on while in a coma. At our request, the singer unveils the details about this unfortunate, yet intriguing story: “That is a song called “Take It Off Now Boy” that will be released on March 12th along with my EP! My friend Sean and I wrote it together about one of our friends who was cheated on whilst in a coma. We wrote it in about 20mins. It was a crazy time. I guess I can only give away what I saw personally. But I’ve never seen someone’s life and freedom be snatched away, just as we were finishing school as well. If that wasn’t enough to deal with, seeing their heartbreak in such an uncontrollable time for them just broke me. With Sean and I not being able to do anything to help them get better, allowed us to see a fraction of what they were truly going through”.

Sneakily, Tulliah hints at the release of her EP coming to you on March 12th. The first single is ‘Just My Type (A Little Bit Lonely)’ that began its life as a piano ballad and has been through several forms with Tulliah and producer Dean Tuza. The final version is now out available on all streaming platforms. Tulliah talks about what inspired the record: “I wrote it about falling for someone who you know isn’t good for you, but you still go there anyway. I used to be drawn to people who were a bit lonely because I felt like I could help them and fill a spot that’s a bit broken. Although you want to be there for them, I learnt that it can get tiring to do this and can take a toll on your own mental health. That’s where the title and inspiration for the song came from”.

The accompanying music video encapsulates everyone’s feelings once let out of their individual lockdown situations. But this one is special as it stars Miss Ovary Action, Tulliah’s friend and artist. She describes: “When I’d listen to “Just My Type (A Little Bit Lonely)” in the studio, I would always picture people having a day at the beach just chilling with friends. I wanted to try to capture this image in my head so Dean Tuza (producer) and I got a BBC audio track of people at the beach, which plays throughout the whole song. With this image in my head, I was scrolling through Pinterest for inspiration and came across an image of two girls back in the 50’s at the beach with scarves around their heads and sick glasses on. I straight away thought of Miss Ovary Action because I went to school with them and I have always loved their art as a drag queen and thought it would suit the vibe perfectly. She is crazy talented and was a pleasure to work with”.

Before you go, Tulliah wanted to let you know she has her first headline show in Melbourne on the 31st of January as a single launch for  “Just My Type (A Little Bit Lonely)”. For any Aussies out there, go support the young promising talent Tulliah represents.