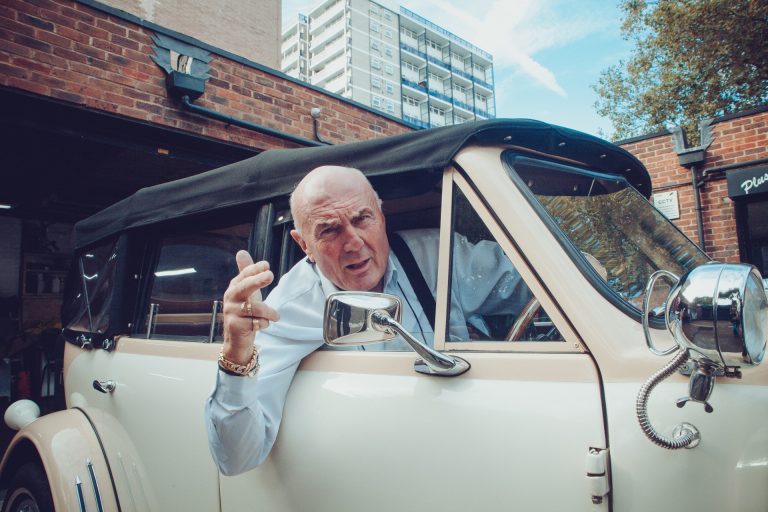 Pathing a comedic and inspirational road success comes the drill pensioners, Pete & Bas. This elderly duo is continuing to amaze the music industry with their witty lyrics and raw beats. You wouldn’t think two grandads were able to cook up a grime storm but here comes their latest single “The Old Estate” feat M24, a track which is guaranteed to dominate the music scene.

The duo’s first song, “Shut Ya Mouth”, was released in 2018 and since then Pete & Bas have continued to release hard tunes. Later came the beloved track “Dents In A Peugeot” which amassed over 800k listens on Spotify, before their most played single “Quick Little Freestyle” which secured over 1 million plays on Spotify and YouTube.

“Who said you’re too old to break the scene? I been in the BBC studios chatting to radio people, I been in some of the biggest clubs in the country but all I wanna do at the end of the day is stick my feet up and watch telly with the wife” ​ – ​Pete, 2020

Pete & Bas write everything themselves, with their grandsons and a couple of their friends providing beats and production for them. It’s always a new adventure with Pete & Bas, as their personalities shine through not only in their music but in the very way, they carry themselves.

The pair are well-known across the drill scene for their continuous features on GRM Daily, and they have gained attention from other well-established artists such as Giggs and Headie One. The duo has also grown their online following to over 200k and don’t plan on stopping there.

Pete & Bas are notoriously secretive when it comes to their past and personal lives. There are multiple different backstories as to what they used to get up to before their life in the limelight, but no telling which, if any of them, are true! However, it has been said that the pair knew the Krays and the Richardsons back in the day…

Another story often told is that Bas was a piano teacher when one of his students introduced him to grime. Legend has it that Pete was a trading standards officer visiting a corner shop where Bas was teaching piano, he heard the piano (and the grime) and the rest is history.

The lads are also pros at performing live and have come such a long way in just two years. Their first gig in 2018 was performed for just 10 people at the Graduate in Greenwich. Since then, they’ve played Camden Roundhouse, Manchester, Birmingham, Bristol, Reading, Oxford, and Brighton. Their “Lads On Tour” tour was scheduled for Autumn 2020 but has unfortunately been postponed to October 2021 due to coronavirus.

“Old Estate” feat M24 dropped on December 1st alongside some amazing visuals, be sure to check it out and show the old boys some love!

Stream “The Old Estate” on Spotify