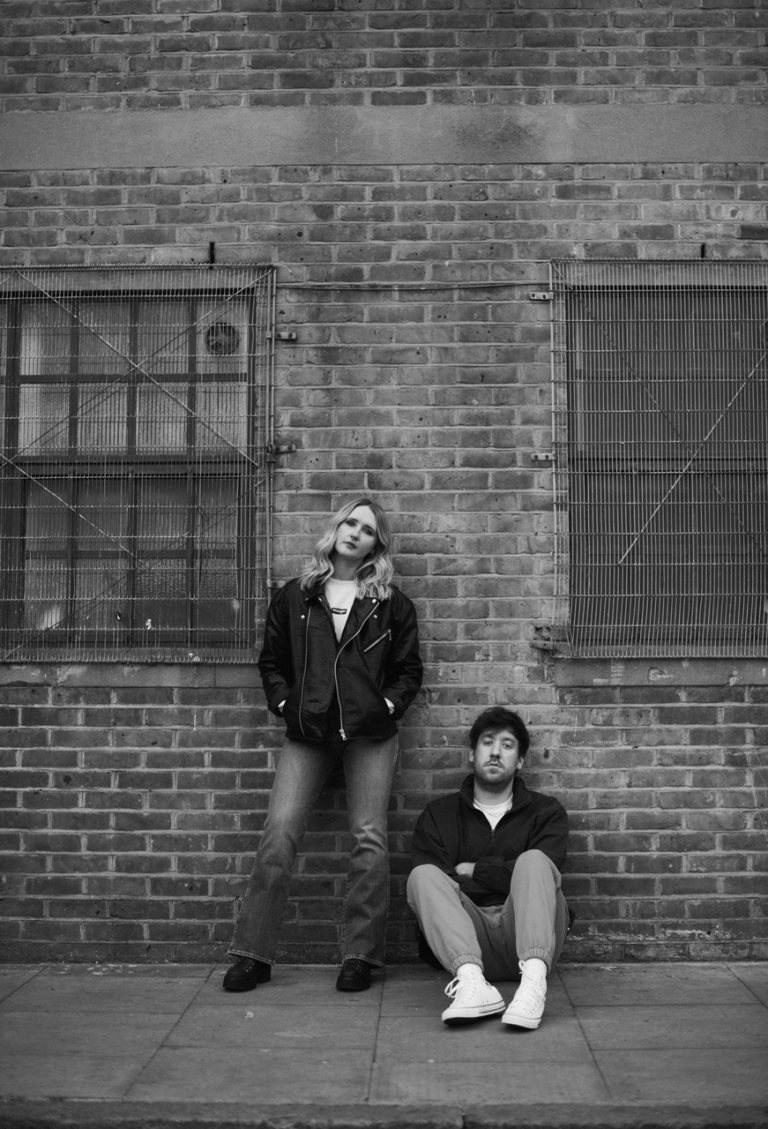 After being separated for over a year, as soon as Lilla Vargen and Nick Hahn met up for their first writing session, no one could anticipate what went down. They were used to writing together every day as longtime collaborators, but the pandemic took this away and threw them into the deep end of isolation.

Fast forward to their first writing session that ended up going on for the entire weekend; Lilla and Nick’s needed catch-up turned into completely following an unguarded approach to writing, and their new collaborative duo VETS was born. Speaking on the frustrations of a lockdown, the ethos of an ‘Anti-Socialite’ was bouncing around and became their debut single.

The story of VETS was in the works for a long time as Lilla and Nick met three years ago at a writing camp that was considered a bit of a nightmare. Their songwriting chemistry went through the roof, and they found themselves wanting to collaborate outside the camp.

‘Anti-Socialite’ results from a candid friendly conversation executed into a very raw delivery of the track. VETS found themselves outside of their comfort zones for the music video expressing a sense of youthful individuality with an edge.

Introducing a more alternative sound, get to know VETS as a duo that aspires to produce a new level of melancholy.

Where are you both based at the moment?

L: I am based in NI and London at the moment, I usually spend one week a month in London
N: London!

Separately, how did you each get into music?

L: I was obsessed with music from a young age. I loved listening to my sibling’s CDs from The Strokes to Whitney Houston and music my parents listened to like the Beatles and Roy Orbison.
N: My dad was in a band when I was growing up, so we always had instruments around the house. I was picking them up and playing them badly from as early as I can remember.

How did you start writing songs together?

L: We met at a writing camp almost 3 years ago and clicked, so we decided to meet up and write music together after that.
N: …which was a surprise because the writing camp was a nightmare

How were your lockdown situations?

L: Mine was quite stressful as I wasn’t at home or near any friends or family. I felt really disconnected from everything, including music and I really missed writing and collaborating with people.
N: I was definitely fortunate in that I lived with others in lockdown, but as a songwriter not being able to collaborate was tough. Like a lot of other writers at the time I moved sessions onto Zoom but nothing compares to writing in person.

Could you describe the feeling when you guys reunited after year-long isolation?

L: It was great. I love working with Nick, and when we got back in the room together it was like no time had passed at all and we just started writing and that’s how VETS started.
N: Yeah we ended up writing a load of songs that first session back – we had a lot of catching up to do!

Could you elaborate on the moment when you decided to form ‘VETS’?

L: We had been writing some songs just for fun, and suddenly we thought, this is actually good. Maybe we should send this to our managers. That’s how we decided to go for it with VETS.

What does the stage name stand for?

How would you describe the sound of VETS comparing to your individual sounds as a solo artist and a producer?

L: For me it’s a little more on the indie rock side, compared to my usual sound. There are influences from Bleachers, Beach House and Wolf Alice. All bands that we absolutely love.

N: As a writer and producer for others the kind of things I’m working on vary from project to project, but as for our writing together, VETS is the first time we’ve strayed this far into a more alternative sound.

What was the main thing you were eager to include in your songwriting when reunited?

L: I think we wanted to make sure the sound was honest and not pretentious in any way. Just us making music for us. And if people like it then that’s great.
N: Yeah we went into that first day back with no real pressure or aim. It felt like more of a catch up than a writing session and as a result the sound is naturally quite raw and not at all over-thought.

What is the core of ‘Anti-Socialite’ about?

L: It’s kind of about feeling like a bit of an outcast. Everyone else seems to want to be sociable and sometimes you just want to be alone.
N: At the time of writing it lockdown 2.0 had just been lifted so we spent a while talking about isolation and how it had affected us. Somewhere in that conversation anti-socialite was born…

What did you want to express with the Accompanying music video?

L: we wanted to ensure there was a feeling of youthfulness but with a bit of an edge. We wanted to express through it a sense of individuality, and that it’s okay to be yourself.

How was the experience of shooting the visuals?

L: It was great! We had a lot of fun shooting it even though it isn’t something either of us is used to.

N: For someone who spends all day, every day in a dark studio it was a real learning curve.

What could we expect next from VETS coming up?

L: we’ve been writing a lot, and all I can say is that what’s to come next is really exciting!