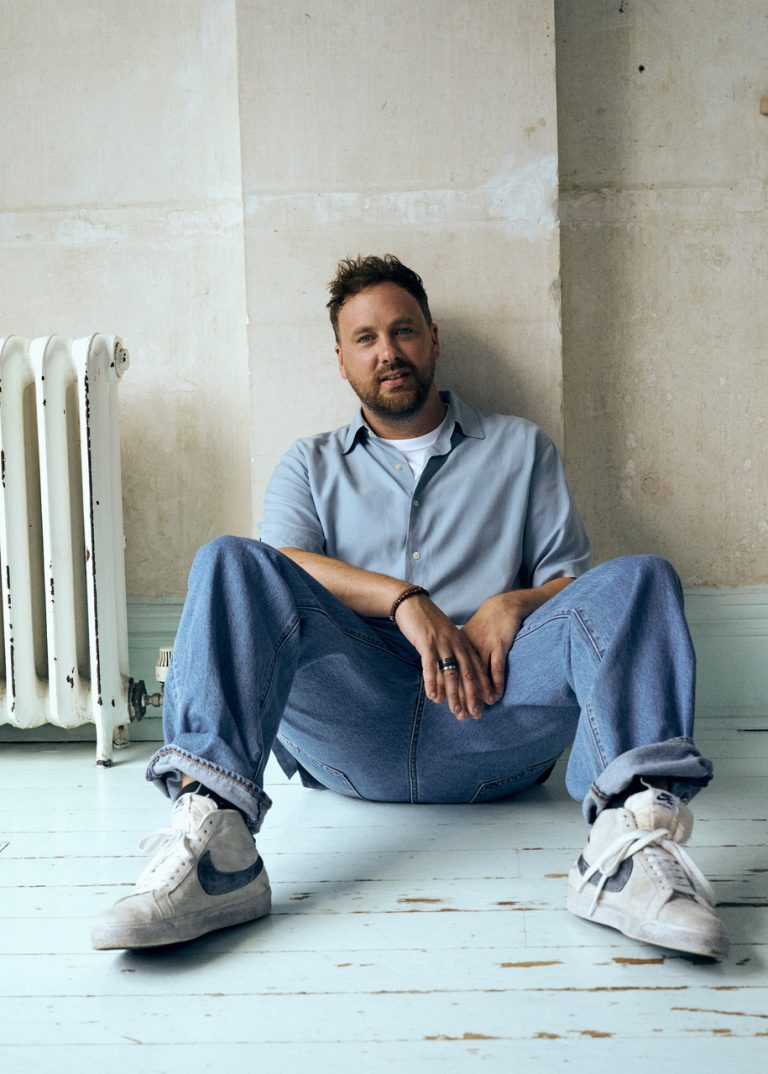 It’s Summer All Year Round With Samuel Jack

UK singer-songwriter Samuel Jack has amassed over 10 million worldwide streams with his track ‘Feels Like Summer’. Although, he is no overnight success story.

The track has become one of the first-ever tracks to break out of Instagram Reels in America before taking off at TikTok, then firing into the top 40 of Spotify’s Global Viral Chart and a further 12 of Spotify’s national viral charts. Samuel now elevates the viral sensation to a mainstream hit, assisted by the launch of its official video!

“This year’s been an absolute trip,” he beams. “And as the success of the song continues to grow, I know I’m getting closer and closer to being able to tell the whole story to a whole lot of new people.”

He spent his late teens travelling the world and it was around this time when he first started writing poetry and playing music. He began releasing music in 2016, including his ‘Empty Pockets, Crowded Heart’ EP trilogy. Now he looks to embark upon a whole new adventure.

It’s easy to see the appeal of ‘Feels Like Summer’. Samuel’s evocative lyricism takes us back to that summer: a time that seemed to stand still as the sun never faded, love was in the air, and the future offered endless possibilities. And it’s delivered in a song that has broad pop appeal, his tender yet rugged voice echoing a childhood spent immersed in Blues, Motown, Soul and Roots music.

“There’s a sense of nostalgia about the song,” he says. “I wrote it at a time when I looked to those good times to see me through. Music can transcend time and space and carry your mind to all sorts of places, even when you’re not exactly where you want to be. That’s what this song is for me. It takes me back, it takes me forward, it takes me through.”

The new ‘Feels Like Summer’ video by award-winning director Lee Jones, depicts snapshots of summer in the city that are just as evocative as the song. Captured with vibrant sun-blessed cinematography, it focuses on those small but special moments that make the summer what it is, whatever your age: from kids playing with water pistols to a young woman lost in the music as she rollerskates, to Samuel performing at a joyous street party.

Inspired by reminiscing with a friend over a pint, ‘Feels Like Summer’ was written at a time when Samuel wasn’t prospering. He had a small but loyal fanbase, and while he might be found playing Glastonbury or touring with Passenger or Jack Savoretti, more commonly he remembers driving home from a gig in London to his antiquated caravan home in the south-west, having barely made enough money to cover the cost of petrol.

Below, Samuel Jack uncovers his journey into the music industry, giving us the highs, lows and mad adventures.

How are you finding being a musician in the UK during this current time?

It’s been a crazy time for so many of us, planning any live shows has been pretty impossible but thankfully creating and releasing music has continued. Now, as we creep out of lockdown, although our industry has suffered there’s certainly light at the end of the tunnel. Shows are coming in thick and fast and the UK music scene at least is starting to shake off the rust and get going again – stoked for that. Can’t wait to see what the rest of the year brings.

As we can see, your single ‘Feels like Summer’ went viral on Instagram Reels, how did this impact you as an artist?

I’ve been in the game a little while, it’s always amazing to see which songs audiences connect with, and often that’s the unexpected ones. The engagement with Feels Like Summer has been truly incredible to witness. In such a short time, the sheer scale of its vitality – there’s not a corner of the world the song hasn’t touched. I have a lot more songs and music to come, and I’m excited to continue the journey with some of these new fans.

Why do you think TikTok and Reels are beneficial for musicians such as yourself?

For all its sins, the internet and social media is a global platform for artists. I believe TikTok is the number one platform for music discovery right now – you’ve got to play the game in that sense, and as mentioned above, you just never know which song to connect, with what audience, in what territory. Feels Like Summer started picking up out of the Nordic regions, somewhere I’ve never previously toured, nor had any substantial fan base. The stars aligned and here we are.

My friends and family, and the roller coaster that is my life.

The video for ‘Feels like Summer’ is very vibrant and has loads of sun-blessed cinematography, did the idea for the video come from your real life, if so, how? If not, where did the video idea come from?

The new video for Feels Like Summer was somewhat inspired by an Instagram Reel we saw uploaded using the song. It was this incredible roller skater called Amy Rainbow. I reached out to her to see where she might be located, bearing in mind there were about 60,000 IG Reels by this point from all over the world, and as if by coincidence Amy was located just North of London. We knew we wanted this warm nostalgic feel of London park life in the summer as a backdrop to the story, so this worked out great and Amy brought an incredible shine to the video. The next battle was the English weather. Trying to turn this around quickly at the start of July, when one would hope the sun would be shining… well it wasn’t, and we watch multiple weather reports daily, and locked a day and activated team quickly, and turn out to be a scorching day.

Are you looking forward to performing the track live? Have you got any shows lined up, can you tell us a bit about them?

My next headline show is at Omeara in London on September 14th – I can’t wait to get that song, and all my others, back on stage where they belong.

How would you describe your genre/style of music?

Pop music, with a soulful backbone of roots and blues.

I read that you spent your childhood immersed in blues, Motown, soul, and roots music – who are your favourite artists right now?

I tend to listen to a huge mix of both current and older music. Right now I’m loving Griff, JP Saxe, Flyte, Celeste.

I just want to continue to grow, learn, and I’m excited to collaborate…and just continue to tell my story the only way I know-how.