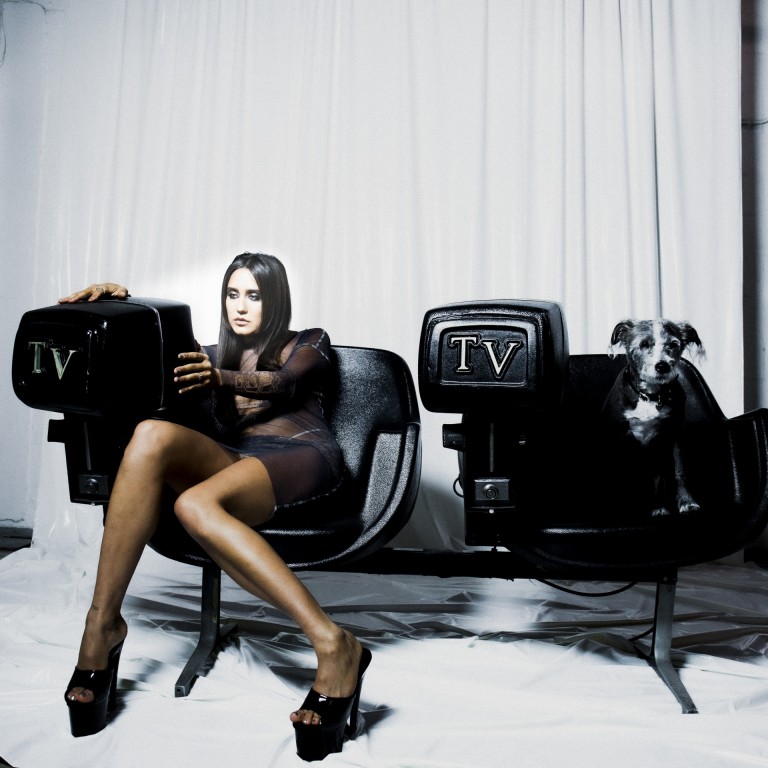 It’s impossible to separate Jesse Jo Stark from her high profile background, and often easy to dismiss someone who from birth has been surrounded by the elitist of the LA elite – but with her new album ‘DOOMED,’ it is made evident that her stardom is hers alone.

Stark’s music is a tasty culmination of old school LA rock meets Lana Del Rey-esque psychobilly sounds. Unlike the timeless nostalgia in her earlier work, ‘DOOMED’ is relentless. While each track attracts a different mood – there’s an antagonistic-edge guitar arrangement that provides an anatomy of a vintage Hollywood song theme. Starting with the first track on the record, she sings  “Cut from a different fabric, Chrome Heart thick leather skin” on ‘666 in the suburbs’, a subtle nod to her family, the lyrics pivot between melancholic desolation like on ‘tornado’ and ‘sugar high’ where she sings “Haven’t cried in a minute” and a bitter edge like on ‘patterns’ where she sings “I’m in a bad mood… can’t you tell?”

Led by the singles ‘modern love’ and ‘so bad’ featuring The Neighbourhood’s Jesse Rutherford, the record punches with some rockier numbers too, making it hard to resist some head bobbing and feet stomping. Packed with Gothic imagery, Stark’s produced a favourable concept album, it’s alluringly chaotic, reinstating Stark’s image of being the ultimate cool girl.

Recently we were invited to see Jesse live at The Lower Third in London, as she celebrated and performed tracks from the new release. With music like Jesse Jo’s, stage presence is a non negotiable, and with songs like ‘patterns’ and ‘pussycat’, it’s even more essential. Luckily, Stark has the chops for it. Her music is a cross section of Rock ‘n’ Roll and Americana, two genres she has been enamoured with during her career thus far.

Confident on the stage, she carries herself with the old Hollywood glamour you would expect; the stage is her own. Although the new album is conceptual, hinging between fantasy and reality, she performs the tracks with just her band (and a gargoyle statue as her symbol). There is an air of reverie that surrounds Jesse Jo, but it’s exciting to see how she clicks with the musicians she shares the stage with.

‘DOOMED’ is the type of release that needs to be heard live to be fully appreciated, and hearing it live did not disappoint. It’s clear that after seeing her perform, Jesse Jo can carry a tune and captivate a crowd. Stark creates her own dreamscape when she performs, and despite never having toured the UK on her own before, it’s clear from the crowd’s response that she is welcome back anytime.

Songs that have reinstated our rock era: