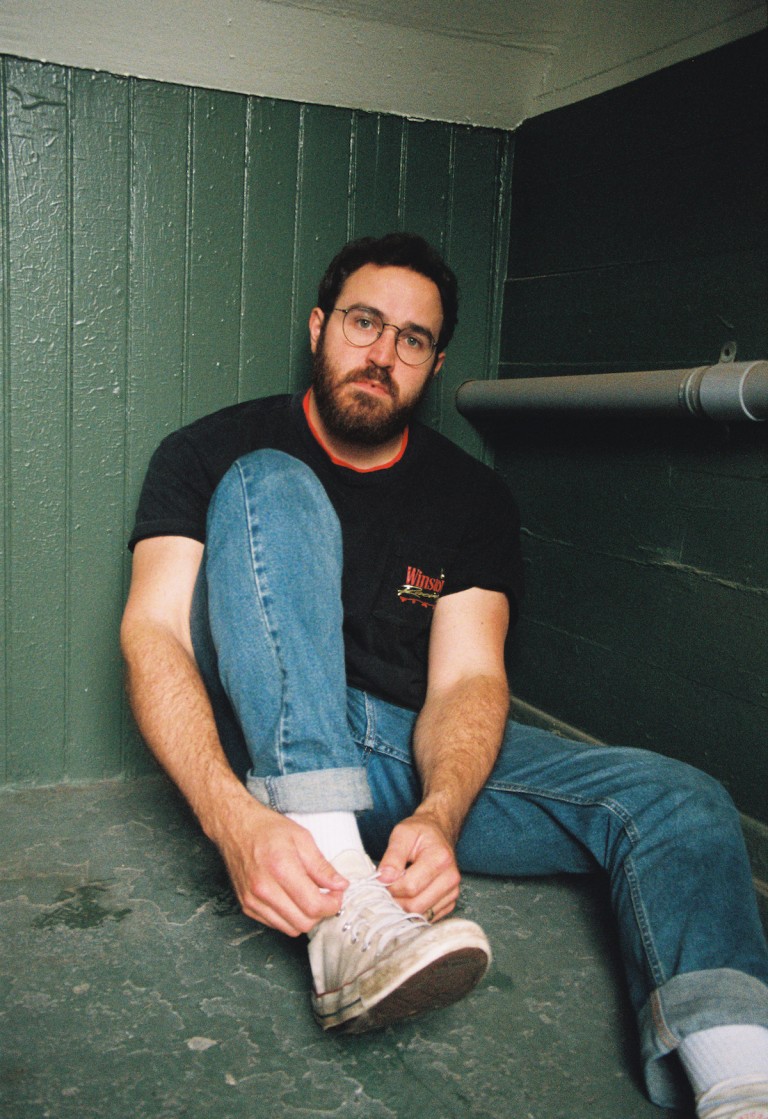 Stephen Babcock, an indie-pop/folk singer-songwriter from Buffalo, New York, has recently revealed his next track “All I Can Do.” In the cheery offering, Babcock opens up about his struggles with self-doubt, while his spouse unconditionally loves him through life’s impending twists and turns, as he admits to hoping that his love would be enough to get them through.

This musician has made a reputation for himself in the world of live music; the rising artist has performed as an opening act for Ed Sheeran, Izaak Opatz, Canyon City, William Hinson, and Girl Blue. He is also well-known for his enthralling live performances. After COVID shut down the globe, Stephen battled with his sense of self. To deal with the loss of live performances, he started meeting with followers from all around the world via Instagram Live at the same time every week.

Stephen’s warm and appealing vocals float above William Hinson’s brilliant production in “All I Can Do” – which easily blends calming 90s bluesy chords and addictive percussion to create a sound reminiscent of John Mayer. Through his serene-like musicianship, Stephen takes listeners on a sonic-healing trip as we release and rejuvenate.

“All I Can Do” is Babcock’s penultimate single before the release of his sophomore album “When We Were Kids Ourselves”. The album’s release coincides with his current North American tour. Noctis Magazine talks about his childhood, current track, influences, and future goals in an interview with this indie-pop/folk singer-songwriter.

I come from a musical background. My dad plays piano and saxophone, and when I was about 3, he started my brothers and me on piano lessons. As a kid, I played all kinds of instruments like the viola and the saxophone, but all I play now is the guitar and the drums. My interest in a music career started at about age 13 when I played drums in a local punk band my friends and I formed. We played a few shows around town and I loved it. That also sparked my interest in writing songs and pushed me to start learning guitar. At 15 years old, I won my high school talent show by performing a song and from then on, I knew I had to be a singer-songwriter. I haven’t looked back since.

And how would you describe the sound you create?

I would say my sound is “indie pop/singer-songwriter”. The main focus I have when crafting my sound is to make music that is relatable with meaningful lyrics. I put a lot of time into making my lyrics stand out, and I want the music that accompanies it to feel both memorable but also, familiar and comforting. In the words of John Mayer, “I really want to be listenable”.

Your music is said to “create a sound reminiscent of John Mayer” can you elaborate on this, and how your music stands out from Mayers?

This comparison always comes up because we are both “singer-songwriters”, but I think our styles are a bit different. I lean a lot more into a pure singer-songwriter or pop space. I may not have the guitar chops of John Mayer, but where I think I stand out is that my music is really rhythmic. I know my background as a drummer plays a large part in how I write songs. I also think my music feels memorable and relatable. My fans have even called me “Internet Dad” on my weekly live streams because of that reliability. The key for me is to make music that you can sing along to anywhere, but can also be a crutch during tough times. When folks say, “your music got me through XYZ time in my life”, that always holds a lot of weight with me.

My own personal life experiences certainly play a huge part in my songwriting, but I am also really inspired by the people around me and the stories I hear from them. As I start to explore new songs, I tend to find I draw more and more on others’ stories about their lives. I can then give it a spin that’s wholly my own and I think that makes the songs feel fresh. Also, writing from experiences either I or my friends have had, keeps that reliability in check and makes the songs feel lived in. Someone recently sent me a photo of my lyrics tattooed on their body. If I can inspire someone enough to do that, that gives me a huge sense of pride in the songs.

You have just released a new single called “All I Can Do” which explores experiences with self-doubt. What inspired the theme and lyrics of this track?

I wanted to create a love song that wasn’t just the same old themes we hear so much in music lately. I wanted to talk about how in a relationship, there are days or periods of time when you just aren’t your best self. When that happens, it can be challenging to give your equal part to the relationship. This song is all about admitting to the people you love that you’re not ok right now, and that’s ok to admit.

How do you want people to feel when listening to the track?

I hope people really connect with the message of the song and find it relatable to their lives. My main takeaway is always that, if I feel a certain way about something, it is likely hundreds of other people have too. I also hope they can bop along to the vibe of the song. I love the way the groove hits and this is one of my favourite tracks from my upcoming album.

This track is from the upcoming album “When We Were Kids Ourselves” – what does this body of work mean to you?

To me, it’s all about growth. This album was written toward the middle and tail end of the COVID pandemic and I saw myself grow up a lot in that time frame. My life has changed and shifted so much and this album encapsulates what it’s like to move into a new stage of life. I always have one eye looking back to the past because I’m just generally a very nostalgic person, but the album is about taking that nostalgia and moving forward in your life with all those memories and lessons learned. All with the idea of hopefully becoming a new, better person.

Can you let us into what else is to come, from this forthcoming album?

“All I Can Do” is the final single from the album before it releases on November 10th. There are still a few unreleased tracks that I am really proud of that will be appearing on the final album and I can’t wait for the world to hear them. It is certainly my best collection of music ever. I think everyone will be able to find multiple songs on the track list that they can get into and that’s what I love about it. It’s an album that any fan of my music will love, but it also is a perfect place for new fans to jump in and join the ride.

How would you like your music to develop, even more, over the next couple of years?

For me, I really want to play more (and larger) shows. I’ve noticed my music is starting to reach a much wider audience after my last release “Monroe” and during the process of releasing my upcoming album. For me, it’s been so humbling and exciting to see the fan growth, so right now, I just want to make sure I am getting out there to see everyone who has been supporting my music. As a writer, I am hoping to keep developing and creating songs that resonate as my previous work has. I want to make music that feels real to who I am because I find that that is what makes people gravitate toward it. When people hear my music, I think they know that these songs are “Me”. In an industry that is so full of characters, I think being an honest artist is so important to who I want to be as a musician.