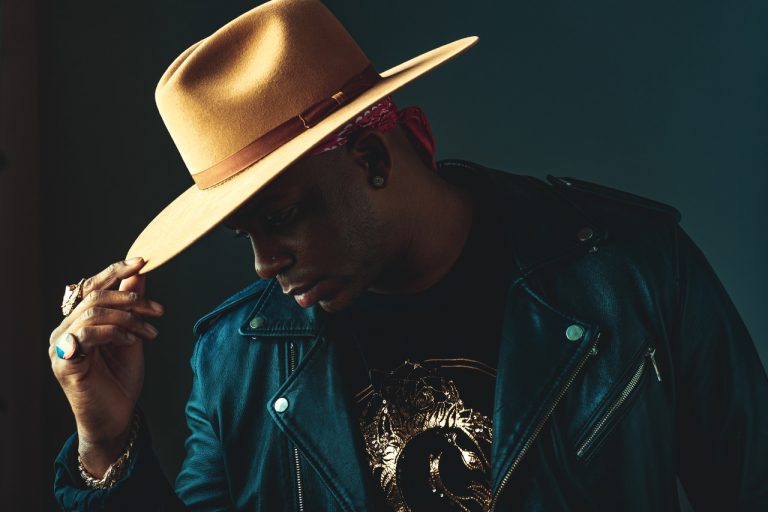 Hailing from Nashville, Tennessee, Jimmie Allen has been used to being fuelled by adversity and lived up to the phrase ‘persistence pays off.’ With every ‘no,’ Allen got one step closer to the artist his younger self knew he would become one day.

Debut project ‘Mercury Lane’ sees each song unveiling a different layer of who Jimmie Allen is, his identity, and generally people finding themselves. Including ‘All Tractors Ain’t Green,’ Allen uses this project to talk about society trying to box him into being a certain way. Growing up on Mercury Lane made him focus on people without any distractions of labels.

With the critically acclaimed ‘Bettie James’ record, Jimmie Allen pays tribute to his late father, James Allen, and late grandmother, Bettie Snead. The reason he went forward with ‘Bettie James Gold Edition’ was simply in wanting to work with more artists that he loves, including The Oak Ridge Boys, being his grandmother’s favorite band.

On top of his music mastery, Jimmie Allen has put out a children’s book, ‘My Voice Is A Trumpet’ to emphasize the power of your voice with music and “what’s more powerful and says music better than a trumpet?”.

When did you know you wanted to become a singer?

Ever since I was a kid, when I was like 5 years old – I grew up singing with my mom and sisters. Then I fell in love with theater. I always knew that being a singer or entertainer was what I wanted to do.

Could you share some pivotal moments of your journey that helped you to get where you are today?

Hearing all the no’s. For me, the word ‘no’ fuels me. It helps me stay focused. When you get a no, you want to go back and try to get better and figure out why they said no. That way, next time they’ll say yes. So for me, it’s adversity.

How did it feel to receive the award for ACM’s Male Artist Of The Year? How would your younger self react?

My younger self would probably be like, “He knew it would happen one day.” When you win awards like that, it’s a testament of the people that voted liking what you’re doing. It takes more than your own team – it takes other people and peers recognizing what you’re doing as well.

What did you want to say with your debut album ‘Mercury Lane’?

I just wanted to just be me. There are different songs on there, through the songs and the stories, that unveil layers of who I am. Specifically with “All Tractors Ain’t Green” – I was told for a long time that if you’re from a certain place and look a certain way, you’re supposed to be one thing. But the overall album was just about people finding ways to be more themselves.

What was magical and memorable about growing up on Mercury Lane?

I think it was the closeness. It was kind of like our own bubble. We didn’t get wrapped up in gender or race or religious backgrounds or anything. We just got to know people for who they were. We had to focus on people without distractions of labels.

For how long were you working on your 2020 project ‘Bettie James’?

I would say about a year. I would say that then, the songs started crafting themselves.

Why did you decide to name it and pay tribute to your father and grandmother?

They are super important and play a pivotal role in who I am – as an artist, a songwriter, an entertainer. I wanted to leave a legacy of who they are through my music as a thank you to them.

How was it working with Noah Cyrus on ‘This Is Us’?

It was super fun. We recorded the song in two different places, but we did the video together and it was cool to bring the song to life.

What was an unexpected collaboration featured on ‘Bettie James Gold Edition’?

Could you share some memorable moments from recording ‘Bettie James Gold Edition’?

Were you restricted in recording it due to the pandemic? How did you deal with these restrictions?

There are a lot of songs we got to record together, but some we did individually in different states, and that’s the great thing about technology. You can record and make it seem like you’re together with that chemistry, even though you’re in two different places.

How was your lockdown experience? What were the things that helped you stay sane?

The first month was really rough. And then I kind of just accepted the fact that that’s how it was. So I just focused on creatively moving forward, trying to figure out what was next in my entertainment journey. I got to write the my children’s book, I got to work on the album Bettie James, I got to spend a lot more time with my kids, and I got to fish.

Why did want to put out a picture book? How did you come up with the title ‘My Voice Is A Trumpet’ and the overall concept?

I’ve always wanted to write a kid’s book since I was in college. Because I remember being in kindergarten and first grade, and how important those books were to me. I had my teacher read them to me, and the messages and stories that we got out of them I still hang onto today. For the title of the book, my publisher at Flamingo Books/Penguin Young Readers and I kind of just tossed around ideas, trying to incorporate the power of your voice with music. And what’s more powerful and says music better than a trumpet?