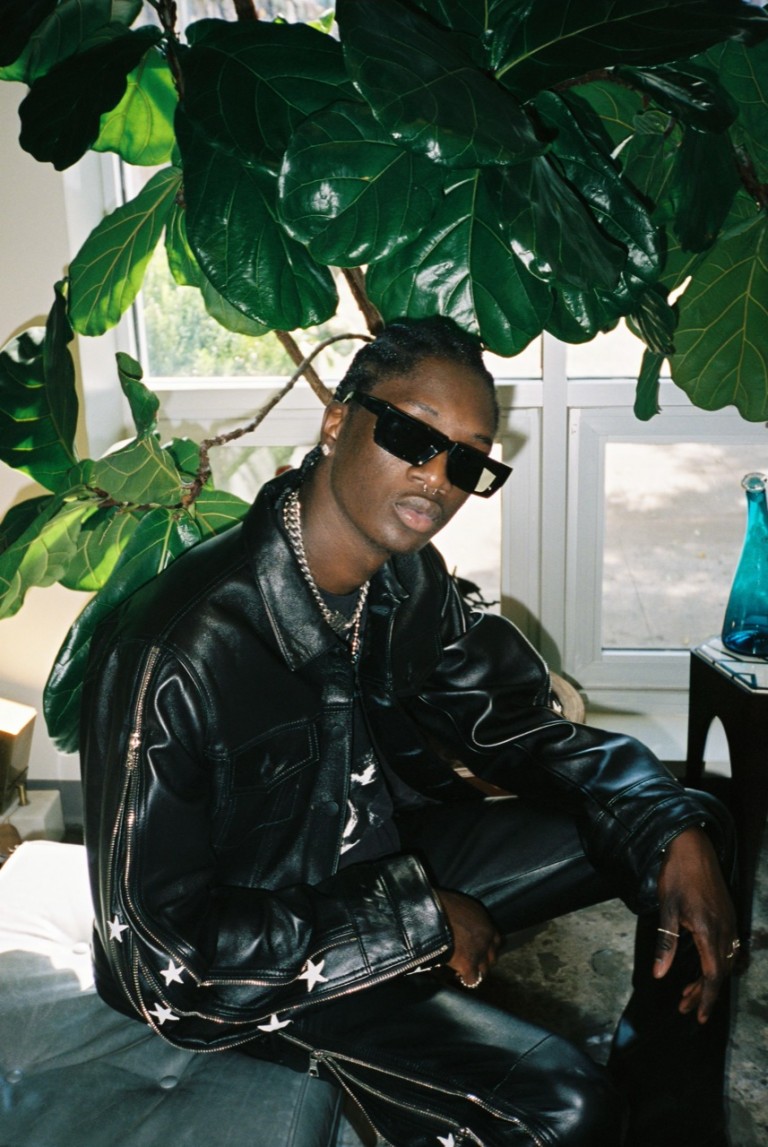 On his way from the Burberry show, global phenomenon Jnr Choi hangs out with Noctis in light of his new release ‘TICK TOCK.’ Internationally renowned for his viral hit ‘TO THE MOON,’ the model-turned-rapper chases continual growth, loving every second of riding the wave.

The Gold-certified Uk genre breaker, Jnr Choi, initially made a name for himself in the fashion world for renowned houses such as Givenchy, Philipp Plein, AMIRI, and Marcelo Burlon County of Milan. The 23-year-old possesses the quality of ‘everything he touches turns into gold.’

The unprecedented success of ‘TO THE MOON’ left Jnr Choi astonished. TikTok’s music wizards hyped the track to an extent you weren’t able to escape it. Jnr Choi’s spontaneous attempt for a drill beat caused a global raucous over a sample of Sam Tompkins’ cover of ‘Talking To The Moon.’ Becoming a gold-certified UK genre breaker, Jnr Choi strives to keep surprising people with his versatility and ability never to stagnate.

The realisation of having something special, Jnr Choi switched into tunnel vision to see how far he could take his promising career. For the monumental track ‘Amused,‘ Choi collaborated with Brooklyn’s king of drill, Fivio Foreign.

About to get some post-fashion week lunch, Jnr Choi shares some behind-the-scenes, reveals plans for the future and lists some of his favorite spots in London.

How was your Summer, could you share some of your favourite memories?

I spent most of my summer in the states this year, my favorite memories throwing 1’s in Miami every other day.

Everyday different tbh, I wake up, do a little life admin and then just get straight into whatever’s on the checklist. Imma find a Prada store somewhere in the day too.

Congratulations on your new single ‘Tick Tock’, what inspired it?

Summer vibes, holiday romance. Having that first dance that makes you fall in love.

How was the transition from being in the fashion world to becoming an artist?

I’m loving every second. I feel like the fashion world got me ready for what I’m working with now. All the experiences, I’m writing about now. All the fast pace, I was already ready. The industries are real similar all I had to do was master the balance until it was time to focus on the music.

Do you remember what made you really commit to having a music career?

Yess, it was the night of my first performance. To my surprise, the crowd was turnt! Singing back the lyrics to my 1 week old song and having the time of my life. I remember watching them watch me like woah. If I can do it on this scale already then I can definitely take this further!

Did you always want to make music?

Nope, just came to me.

Could you tell us the story of how ‘TO THE MOON’ came about? Did you link up with Sam Tompkins about his sample?

The story is one of those ‘didn’t expect it’ ones. I was just going through beat packs and thought I’d test myself and attempt a drill beat in my own way. Made the song in like 15 minutes and put it to the side. Dropped it when my DJ Kid Flo played it in the club and the reaction went crazy. Didn’t even realize it was a Bruno sample until it was out haha.

What was your reaction to how viral it got?

Honestly shocked. I remember watching it going crazy on TikTok like woah, this is spreading like wildfire.

You also collaborated with Fivio Foreign on your hit single ‘Amused’, how was it working together? What does the track mean to you?

That track is real special to me. I set up the session with JRocs, Rymez and Lekka. Made the song and then hit New York the next week. As I’m sitting at the dinner table, Fivio texts me like “Yoo pull up to the studio” so I got up, left everyone there and when he heard the track he jumped straight on and killed it. The fact it all happened so smooth, through just making shit happen is why it’s special to me.

I like the diversity here. As well as the different atmospheres depending on where you go. It’s for sure one of the best cities in the world and opportunities are endless. I like shopping at Lab store London and in New Bond St. I like eating upstairs at the Ned or Bardo St James and I like chilling at the studio, Qube or Metropolis.

What are you striving to achieve?

I just like growing. Growing with my fans, growing with my peoples. Setting small goals every week and achieving them by the end. I feel like there’s always room to grow. There’s no point playing a game you’ve already completed.

What is next for Jnr Choi?

It’s time to get to know me fr. I’ve showed the world I can touch any genre, now it’s time to really show everyone how far I can take it and how beautiful these songs I’ve got loading are.