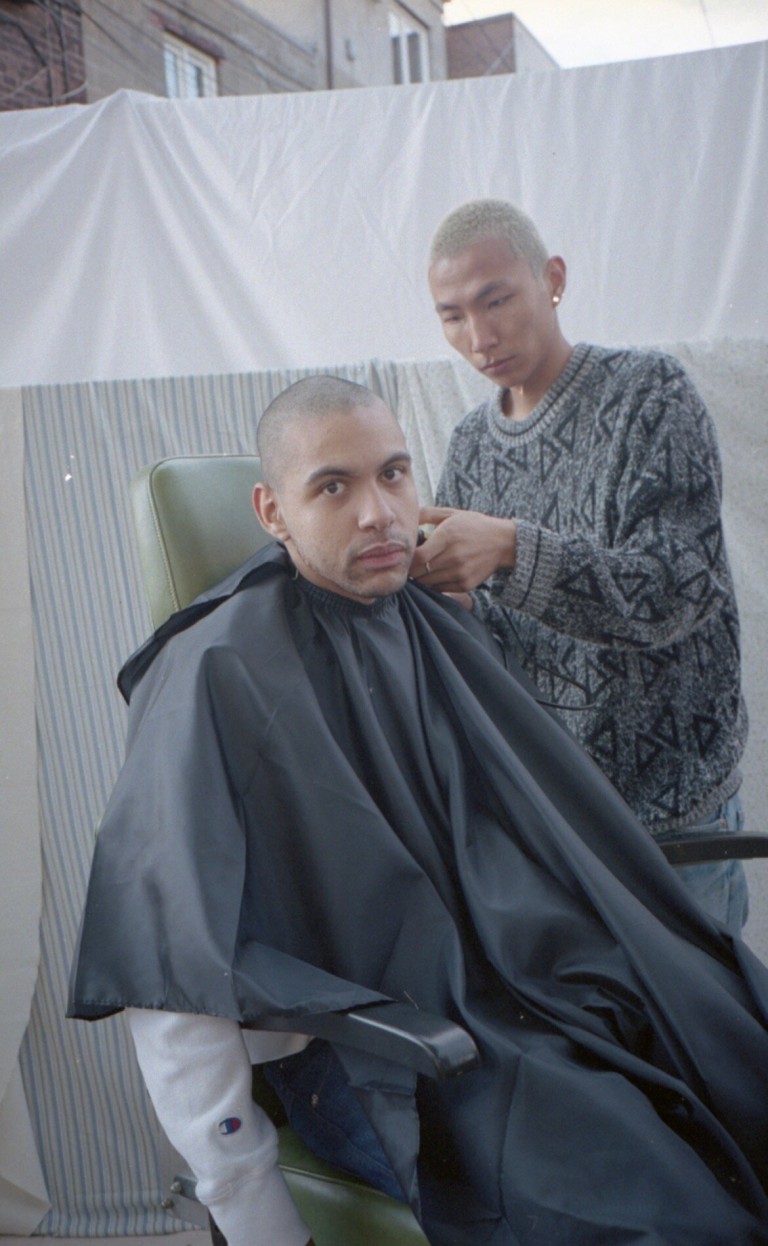 American singer-songwriter, Jon Waltz, has spent the last three years refining a sound that blends the traditional sound of blues with contemporary R&B and hip-hop. Inspired by his hometown of Memphis, and pioneers such as Kid Cudi and Frank Ocean, the artist’s output translates pure emotion, which allows for a true connection between Waltz and listener. At the end of January, the artist announced his forthcoming EP ‘My Golden Horse’, set for release March 23rd, which was accompanied by the single ‘Trainwreck’, featuring Verzache. It showcased an artist in Waltz who was confident, and charismatic, whilst telling the story of a mess of a world, that feels helpless, and yet, it all feels part of the plan.

The single was accompanied by a music video which showcased the artist in a barber’s chair, with a newly shaved head. It visually represented the change he’s undertaken, and the culmination of the artists journey to date. The second instalment of ‘My Golden Horse’ arrives today in the form of ‘DWN4’, a truly introspective single that allows us even further into the artists mind. For Waltz, the track acts an ode to his friends and loved ones who have stood by him throughout his life. Undoubtedly upbeat sonically, with an array of catchy R&B beats that makes for an incredibly danceable soundtracks, but it’s within ‘DWN4’s’ lyrical tenderness that highlights the artists truly unique talents as a songwriter in the R&B/hip-hop arena.

Both these singles signal the start of a new era in Waltz’s creative output. At this moment, it feels like the is now settled in a sound that feels special to him, and one we can be sure will only be elevated further. Having already accumulated 15 million streams, Waltz now sits at the cusp of a truly special moment, and the arrival of ‘My Golden Horse’ may well be the moment that sends his career spiralling.

Coinciding with the release of ‘DWN4’, we spoke to Waltz to learn all about the creative process behind his recent output, his vast array of influences, and what we can expect on ‘My Golden Horse’.

Hey Jon! Congratulations on the release of ‘DWN4’. How did your creative path lead you into the music world?

I’ve always liked music growing up and I used to be the kid writing wildly inappropriate and badly written raps, but I didn’t even see music as a viable career path. I went to college for finance and accounting and kinda just always ended up gravitating to music in some shape or form.

Your sound merges the essence of blues with R&B and hip-hop, what would you say influenced this?

Being from Memphis for sure and listening to a lot of Curtis Mayfield. It’s something our ears don’t hear much of in contemporary pop music.

You’ve just released your latest single ‘Trainwreck’ featuring Verzache. What was the inspiration behind the track?

The pandemic and mass hysteria inspired this song. We made this after the tail end of the toilet paper purge of 2020/21’ and I think the feeling of feeling helpless/ ever impending doom forced me to write something that acknowledged that we all can feel helpless in a lot of different ways, but we’re still breathing.

Throughout the single you deliver a truly versatile vocal performance, flowing seamlessly between laidback raps and all-consuming harmonies. How long did it take you to finesse such a style?

I feel like my generation was the first to witness Kid Cudi….  Up until “Day N Nite” , I remember thinking “this is a whole different genre in and of itself”. It’s a by-product of growing up with a bunch of different influences from all across the board and watching a lot of influences (Pharrell, Kanye, Drake, Cudi, etc…) not getting boxed in by what people think black artists should sound or look like.

‘Trainwreck’ arrived with the announcement of your forthcoming EP My Golden Horse, how does the single compare to the rest of the material set to arrive on March 23rd?

It was a sharp left for everybody that expected a smooth right turn. Definitely a curve ball but I enjoy playing with perception that way.

The single also comes with a music video that presents you seated in a barber’s chair, with a shaved head. What’s the visual story behind this?

Just shedding the old and accepting the new. The mark of a new era.

The second offering of your EP comes in the form of ‘DWN4’, a track that showcases your deeply personal song writing style where a lyrical tenderness shines. What was the main influence on the single?

I would say the main influences were SWV (harmonies on 10000) and Sweet Female Attitude and maybe Brent Faiyaz, I really wanted to nail the 90’s R&B feels and merge it with garage at the end. It just feels like those two styles of music complement each other really well.

Your sound has developed significantly since you exploded onto the scene with your debut single ‘Riot’ in 2016. What’s been the key to this?

I’m a studio rat and a harsh critic of myself. I feel like I always complain about not having new music to listen to and I’m always trying to make something that turns me into a bigger fan of myself or try not to fall into creating what I’m “supposed” to create and just making what I like.

Throughout your career you’ve collaborated with the likes of Healy, BROCKHAMPTON, and Skizzy Mars. What do you take from these creative projects?

I think working with other artists in general, you get to see their creative process, so maybe just watching the way other people worked and building upon my own creative process based on that.

What can we expect from you throughout the rest of 2022, beyond the launch of My Golden Horse?

I really wanna be a high output type of artist and put out music more frequently. I want to always push myself and push the envelope, but I want to find the perfect balance between releasing a lot of good music and being able to spend the amount of time and effort that each good idea deserves.