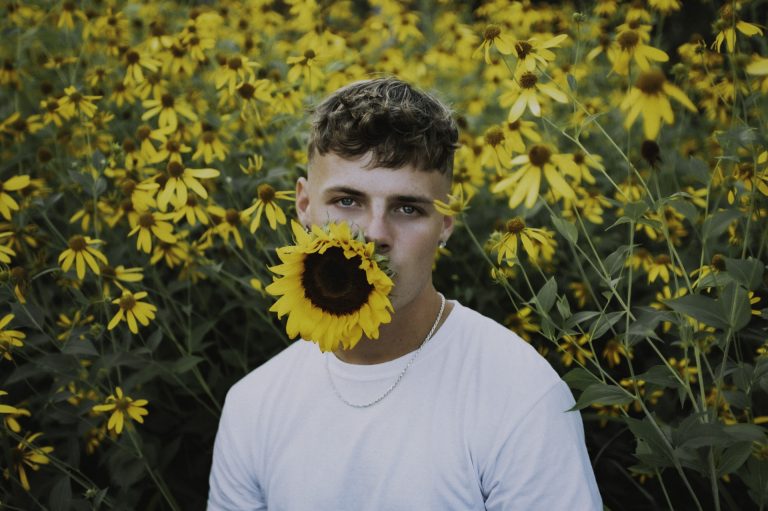 With a reputable catalog of hits and plenty of talent, Canadian singer and songwriter Jvanz has without a doubt exploded over the past years and is looking at a bright career filled with mass acclaim and notable accomplishments. The young artist’s success has definitely been hard-earned, as he used to give himself music lessons and polish his vocal skills by watching YouTube videos while still in elementary school. He began uploading cover songs to Facebook and YouTube at just twelve years old, and began a music partnership ‘MoJo’ with his childhood friend Mohammed, uploading a series of trap soul freestyle videos that quickly took off on Instagram, amassing a loyal and ever-growing audience.

Now, following recent singles ‘Ritual’ and ‘Dumb Your Boyfriend’, Jvanz has just shared his latest gem: ‘Reach Into Myself‘, which coincides with his very own debut NFT, set to release on Monday 13th of September. A passionate and uplifting record, ‘Reach Into Myself’ might just be one of Jvanz’s best singles to date. As the artist reveals: “the song was written in my perspective from my experience of realizing I only appreciate the outer shell of what I’m looking at, but never feel fulfilled. Only recently I’ve realized one’s true beauty and energy lies within and sometimes we need to ‘reach into ourselves’ to find that.”

The NFT that will accompany ‘Reach Into Myself’ will incorporate an exclusive audio clip from the song, and act as the visual representation of the track and its conceptualized meaning. Additionally, a portion of the sale will be donated to the charitable organization ‘1% For The Planet‘, which is centered around supporting environmental causes. Backed by a stellar team, Jvanz’s management Icon Island Inc. has partnered with the legendary crew at MoneGraph to launch the digital art piece. MoneGraph are internationally known for their work backing crypto legend Kevin Mccoy, the first ever person to release an NFT.

To have MoneGraph’s tick of approval certainly marks a massive achievement for Jvanz as an independent artist and is only the start for the young up-and-comer. Jvanz has already received support from massive tastemakers such as Rolling Stone and Lyrical Lemonade and this impressive single and NFT drop are bound to help further establish him as a force to be reckoned with.