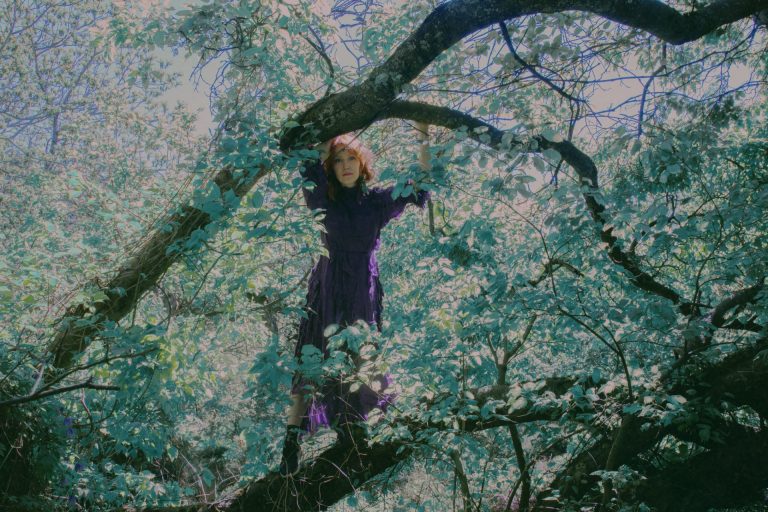 Ethereal yet tangible, Astrid Swan is a Finnish singer/songwriter with a talented flare for music and storytelling. Being a dreamer from an early age, Astrid is unapologetic as she navigates her own musical scene, redefining what a “typical” music career should look like.

With multiple solo records, including ‘Not Your Mom‘, new single ‘Luxuries‘, and upcoming album ‘D/other’, to released on the 8th October, Astrid has faced all realities and seen her fair share of rocky paths, viewing her music as a method of survival throughout. The album is beautifully raw, combining pop and poetic storytelling to uncover the beautiful interplay between life and death.

In the lead up to the album, today Astrid also shares accompanying lavish visuals to ‘Luxuries’ depicting a day in the park with mothers and their children––a core theme of the album D/other. The ornate music video made by Valreza Collective explores how the everyday qualities of care overlap with dreams and play, and how the ideal is haunted by the presence of the sinister.

We unravel Astrid’s thoughts to uncover the unusual title behind her upcoming album and what we can expect from her music...

Hi Astrid. Where do we begin with your musical journey?

I started as a child in a musical and artistic family, where amidst low-income student parents, who suffered generational trauma, mental illness and alcoholism, I was also taught by them that making stories or turning adverse experiences into art would be a good way to go. For me, music is survival.

As a teenager, I became driven about learning English and writing pop songs in that language. I romanticised American and English culture and the language drew me in. I studied piano but taught myself guitar, learning English by reading dictionaries and emulating Susanne Vega and Tracy Chapman lyrics as well as their pronunciations. I was focused on songwriting and becoming a musician from a very early age and spent most of my youth working toward that goal. I was a dreamer though and the road was paved with uneven rocks where I stumbled.

Finding people who believed in my dreams and supported me in the “music industry” was difficult. I attribute that to my gender, and to hailing from a country where it is still preferred to perform music in the native tongue, Finnish.

I did things like book myself to play at SXSW in Austin when I was 19, sold my first demo to anyone in New York State who would pay five dollars, at an orientation camp for an exchange student program at 17. At the same time, I told interested Finnish labels, no thanks I’m not gonna sing in Finnish, I’m going straight to America…

With all this determination, how have you transitioned into the artist you are today?

At some point I decided to focus my energies on songwriting, production, recording and playing, avoiding the “business” side of music as it appeared to be made of doors that remained shut. By that point I was nearing 30, getting tired of chasing someone else’s predefined ideas of success and what a music career should look like. I was especially tired of stinking cold tour buses and the suggestions by endless rows of music business men to be more of this and less off that..

I have published seven solo records so far (D/other being the 7th), all of them internationally in some capacity. In 2014, my life was transformed by a cancer diagnosis. That changed the way I wrote, how directly from the centre of the emotion. I then published an album that addressed this illness experience (‘From the Bed and Beyond’) in 2017. Its reception and critical status, it’s award nominations and victory (Teostos Award 2018) felt like a turning point.

At the same time, I was diagnosed with stage IV metastatic breast cancer. My life would be short from then on. This propelled me to be even more creative than before. I published a Finnish language memoir, ‘Viimeinen Kirjani’, in 2019, prepared new songs (the ones coming out now) and wrote my PhD, ‘Life Writing from Birth to Death: How Mothers Know’.. In some sense, living on the edge of my life’s end has defined my creativity for the past years. And that’s not just a tragedy, it is also a permission to live.

What drives you to make music and is it produced for anyone in particular?

Right now, being a terminally ill mother, I am very driven by the idea that my artistic work will be here for my children much after I am not. I think that my impact, care and thoughts can be received from songs even if I am no longer here to tie your shoelaces.

Music is also paramount to my own survival. In singing and songwriting, as well as playing the piano, I can be free. I don’t feel ill then.

Your new album, ‘D/other’, is an unusual title. What’s the concept behind this?

‘D/other’ is a concept I came up with in my research. M/other and D/other helped me in unpacking mothering. It is about material care work of others while D/other signifies the impact of digitalisation but also, death… and it can signify much more. Also, ‘D/other’, pronounced much like daughter, points to the m/d (material, digital) slippage which has become our daily reality at least in the West where Internet access is wide. ‘D/other’ is a concept and an album title that I wish to offer to everyone for their own purpose making. I haven’t defined it fully; it is open to listeners and other thinkers and doers to embrace.

For me, it’s important that ‘D/other’ expands the possibility of care to people of any gender or sexuality. As an album title, I think it’s great, it leaves you wondering. These kinds of names are best chosen with a poet’s intuition.

You mention you discovered the concept during research. How else has your PhD influenced your music?

‘D/other’ was inspired by two thematic threads that relate to each other and also, to my PhD research about life writing, mothering and experience as knowledge. I came up with the concept of ‘D/other’ in this research (Joutseno, Astrid, ‘Becoming D/other: Life As A Transmuting Device’, in a/b Autobiography Studies, vol 35 issue 1, 2020).

The first theme I wanted to address is sleeping and dreaming as mystical stages of human existence. I wanted to excavate them and their relation to death – a connection between these has been made in art for centuries. There is so much we do not know about these states and also, we do not know their function in the brain. This fascinates me as I imagine my dying and picture dreaming and sleeping as possible connection points to others and other states of mind.. In the songs, sleep is both an escape, a safe haven and a connecting line to knowledge unavailable in daytime.

Mothers and their children are the other central theme in the songs. I have written deliberately to my children, so that they always have songs as their parents. Having such a different relationship to materiality than humans, songs can last forever. I also write about my experiences between the younger and older generations, the motherlines. I wish to celebrate mothering not as a normative biological, hetero cis-gendred activity, but as potential for queer connection. Mothering isn’t boring, it can be radical.

How would you describe the overall sound of ‘D/other’?

The sound of the album is something I am happy about. It is, most of the time, my band playing together in a live studio. Even my vocals are from these live sessions, mostly. I have done my fair share of clever and surprising production, so this time I really focused on the performance and spent much less time on turning everything upside down.

I think the production makes space for the stories. That said, I think Owen Pallett’s strings are otherworldly and musical engineer/mixer, Mikael Hakkarainen’s mixing is perfect – he’s a mind reader.

And your leading single, ‘Not Your Mom’.. What message does this share?

This is a song about those moments in everyday life when mothers have to let go of their caring role in order to sleep/dream/relax/work. How mothering is always a tugging between presence and absence. I wrote this against the ideal of good mothers as ever-present, self-sacrificing beings.