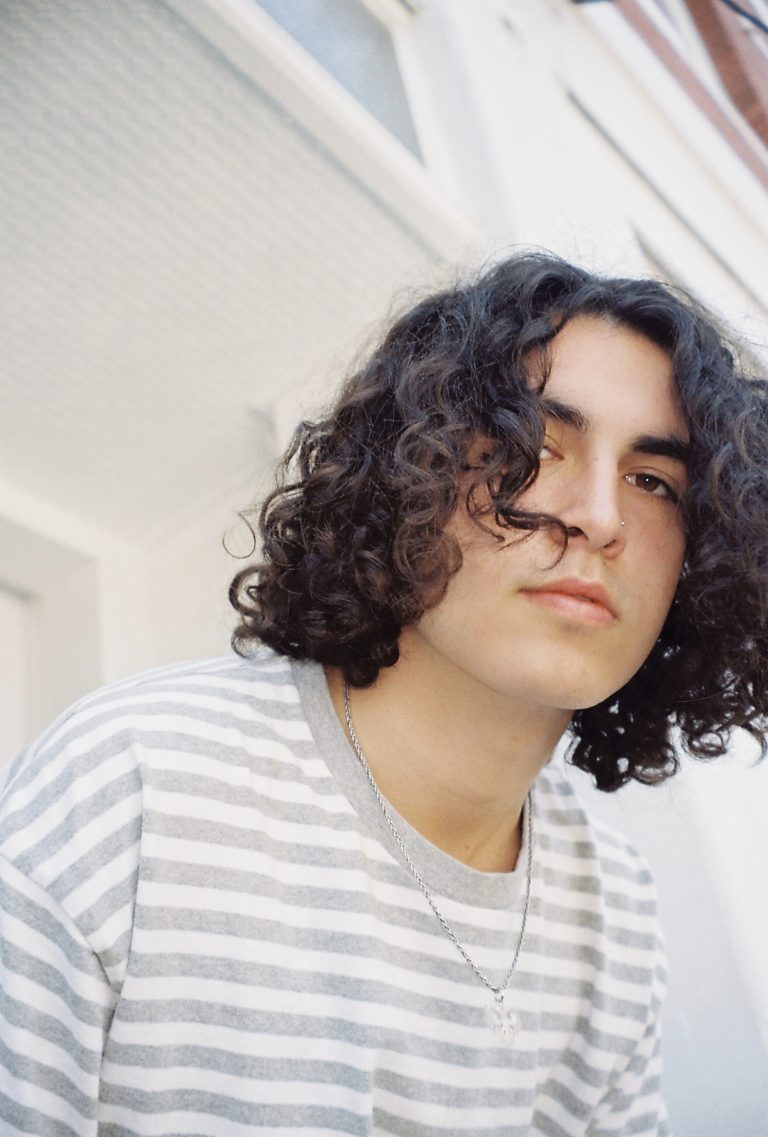 There is something about Australian talent that naturally gains global success. A 16-year-old singer/songwriter KIAN from Victorian goldfields town of Castlemaine traveled the world with his debut single ‘Waiting.’ Besides KIAN’s upbringing surrounded by creatives, he is drawn to lyrical integrity, honesty and puts forward an important message in his debut EP ‘Bliss’ – “it is okay to be vulnerable.”

KIAN’s mindful thinking and sense of integrity and inclusivity has a lot to do with his creative childhood: “From a young age, I was lucky enough to have opportunities to travel around Australia with my father, visiting indigenous communities around Australia and being apart of creative processes. Often it would be creating music, but also there were a lot of dance workshops being ran and documentaries being made. To have been surrounded by so many creatives from such a young age definitely inspired me but to be honest, the thing that I got most from these travels was respect for culture and tradition in imprinted strong morals of equality and an appreciation of my privileges in life no matter how small”.

“My parents were heavily involved in music and other creative scenes as well as my siblings, so having a family so full of creativity definitely sparked me to tell my own story through many different platforms and art forms”, KIAN explains.

The level of maturity KIAN presents himself with is not typical for all 16-year-olds. Not at all. It is true Generation Z’s teenagers are more aware than we ever were, but KIAN could teach us a thing or two about good morals. His music is a direct reflection of KIAN’s values as well: “My music is inspired my own feeling and what I see around me. Music and sounds often remind me of the energy and emotions I get from people and from situations that I’ve been in. As my life library continues to expand, so does my sound and my music. As far as people who inspire, I find myself drawn to artists with an honest story to tell and who can tell an honest story, so I often say my favourite artists are people like Frank Ocean”.

The first track KIAN’s put out is ‘Too Far Gone’ in collaboration with Vince The Kid. KIAN reveals how they joined forced: “That song was interesting and came about from me meeting Vince The Kid online, he was another kid from a country Victoria town in Australia, and he had heard me singing online and reached out. We decided to upload it on to Triple J Unearthed and streaming platforms, and it got a bit of traction. This was just an early collaboration between the two of us, and I think we have both evolved a lot musically and creatively”.

Speaking of musical development, after repeated encouragement KIAN decided to release a solo track ‘Waiting.’ As a first solo record, KIAN describes it as ‘extremely natural’ transition: “People had been telling me that they saw a lot of potential in the song that I had created and eventually I decided to upload the track to triple j unearthed an Australian radio station that helps emerging Australian artists. I entered it in a high school competition with thousands of entries and ended up winning it. From there the song continued to grow, and I guess the transition of waiting from creating the track to streaming platforms to radio was extremely natural”.

‘Waiting’ is a global hit that has accumulated over40 million streams. KIAN shares the backstory and inspiration behind the track: ” Well, I had just sung on a song with a friend of mine and fellow Australian artist Baker Boy, and my name was starting to be spoken about. I had never really stepped out of my comfort zone and jump into the studio to write my first ever full solo song. I had some chords and a riff in mind and went into the studio, in a day we came out with waiting. The song is about the feeling of not knowing if someone has mutual feelings and deciding to wait to expose the way you feel, I figured this was a common thing people go through and something that I know I’ve felt in the past”.

It is not an everyday occasion when a first solo track makes it on a worldwide scale. KIAN talks about how he perceives the streams as an opportunity to relate and connect with people: “I was already happy with all the success I was having in Australia. But I still remember waking up to the song having 1 million streams on Spotify and feeling this sense of satisfaction that something I created could have achieved so much. The fact that people were connecting with the song on that scale blew my mind. But now the song has 40 million+ streams and almost every day I have to pinch myself. I’ve definitely now realised that it’s possible for me to connect with people on a global scale”.

Following the success of ‘Waiting,’ KIAN released his debut EP ‘Bliss. This six-song-long tracklist presents KIAN as a vulnerable artist, accompanied by a beautiful acoustic guitar, simple melodies, and lyrics that would make Frank Ocean proud.

“Bliss was inspired by the ups and downs of life. It’s often beautiful but dark as well. I believe this balance is important though, something tragic often brings along something beautiful, and it works the other way too. It’s all about your mindset and the way you learn and look at the things in your life”, once again KIAN expresses his outlook on life, the good and the bad.

KIAN is more than just a talented Australian that took over the world with one song. He wants to connect with people. He wants to be inclusive and vulnerable with his fans.

“I’m just aware that this is only the beginning, and I have a long way to go as an artist and as a person. I’ve got so many more things I want to achieve, and I will continue to push myself and keep driving towards my personal goals”, KIAN stays grounded and works to achieve his dreams.