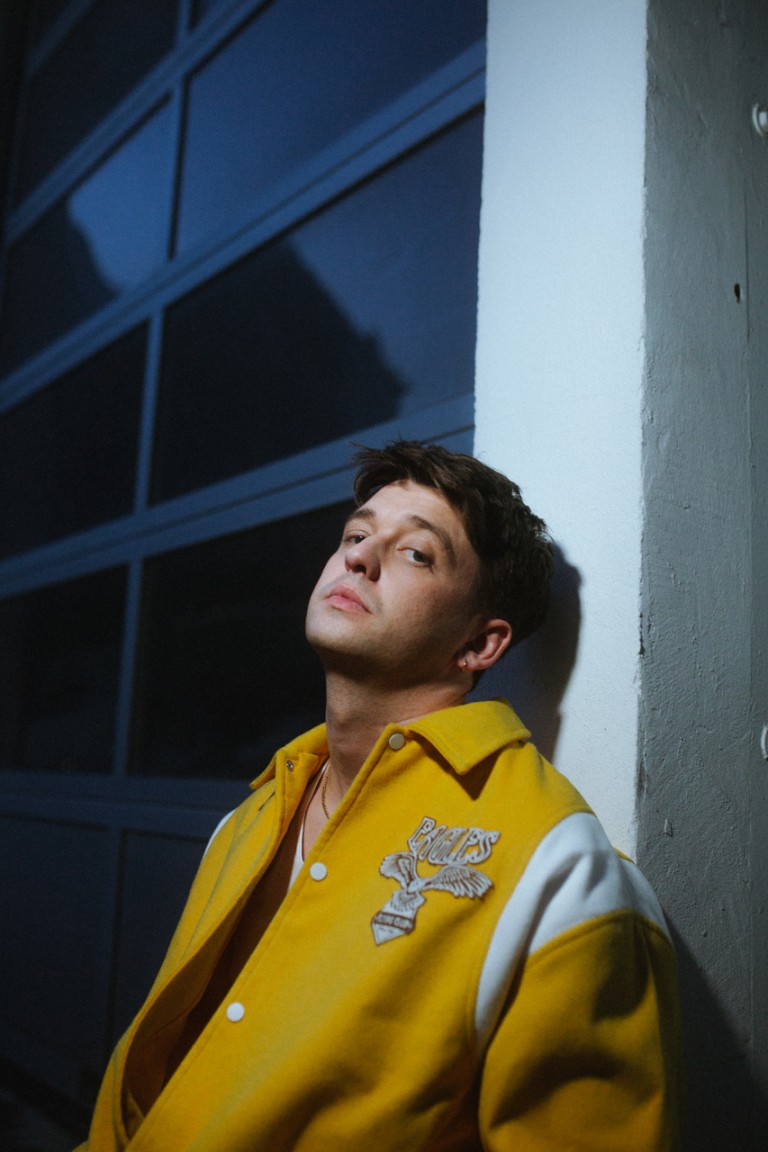 Catching Up with Flynn

From buying a guitar at the age of 19 and busking while releasing music independently, to performing for a sold out O2 arena show with Lewis Capaldi – Flynn‘s musical journey has been a truly wild ride. It’s been a couple of years since we first spoke with Flynn, just after the release of his debut EP ‘One Of Us‘, and in that time we’ve seen the shutdown and subsequent revival of the music industry. During that time, Flynn put his time to good use, developing his sound and honing in on his natural talent, now culminating in two new emotive singles ‘ Elephant‘ and ‘Regrets‘.

Digging deep to explore his own experiences surrounding mental health on ‘Elephant’, and as well channeling a fighter spirit on ‘Regrets’, Flynn’s 2022 return is more raw than ever. Preparing for an unforgettable night on stage with Lewis Capaldi and Natasha Beddingfield at the London O2 Arena, we caught up with Flynn to reflect on the past two years.

Hey Flynn! The last time we spoke you had just released your debut EP ‘One Of Us’, what would you say has been the biggest change in your life since then?

Probably being able to play live again, I’ve been trying to play as many shows as possible and I finally got to have my headline show in Dublin.

Lewis Capaldi has shown you a lot of support this year, not many people can say that! First with supporting his shows in Malta, and next his sold out shows at The O2 Arena. How did it feel to receive this exciting news?

I was quite shocked to be honest, It’s been an amazing experience!

What’s your favourite thing about performing live? Do you prefer performing or recording in a studio?

Just being able to let go and release anything I’ve been bottling up. There’s nothing like performing live and connecting with an audience, but I love writing and recording too. That side of the job is definitely more relaxed and I need that sometimes to balance everything out.

You’re certainly ticking off some huge milestones in your career, do you have any other music goals in your sights?

I’m always looking ahead so there’s definitely more I want to achieve this year. I’d like to play another headline show before the years out and I have some more music to release too.

Continuing on with your fantastic year, you recently released ‘Regrets’, a lively track about a love story gone wrong, what can you tell us about this song?

So I wrote Regrets about three years back, I always loved the energy of the song and it never really felt dated even though it was written quite a while ago. I was really excited to release this one!

‘Regrets’ is paired with an equally climatic music video. What made you interpret this song as a boxing match?

We just wanted to shoot a video that matched the song’s high energy and a boxing theme worked really well. We did have some other ideas but nothing seemed to work as well as that.

Back in Spring you also released your relatable track ‘Elephant’, touching upon mental health issues that can weigh a lot of people down. Do you think addressing these topics directly through music helped to relieve any pressure?

Definitely, It really helped me accept myself more. Quite a lot of people told me that listening to the song made them feel less alone and this normalisation was really healthy for me.

With all these new releases, is there an EP or even an album on the horizon?

I think I’m going to focus on singles for a while. Music has such a short shelf life these days so you have to keep the songs coming until something really connects on a large scale, if and when that happens I’ll think about releasing a large body of work.