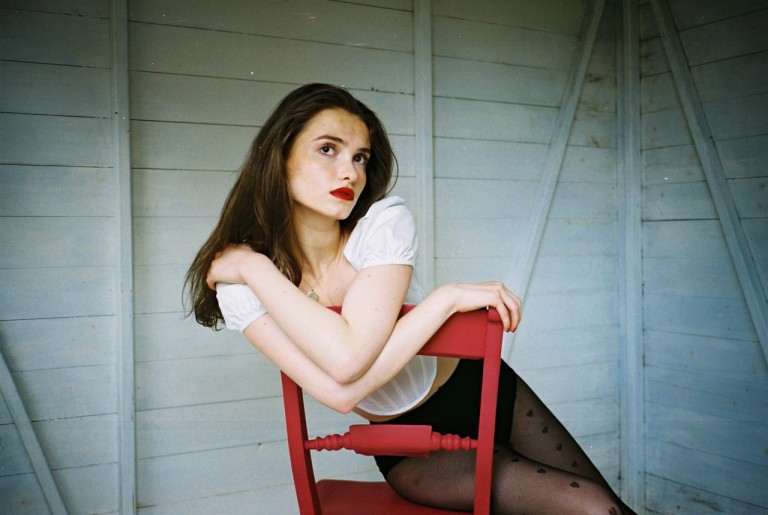 Natural born storyteller Ladybyrd‘s latest single ‘Stolen Sunlight‘ immerses us in a theatrical experience, exploring the emotional turbulence of lost love. Influenced by an admiration for film score composers such as Hans Zimmer and pop icons such as Taylor Swift, ‘Stolen Sunlight’ slowly builds with Ladybyrd’s heavenly vocals, amplified by a soundscape of majestic strings fitting for the big screen.

Despite having two singles released, the previous being ‘Too Close To Call‘, Ladybyrd’s talent is clearly evident, with a steadily growing fanbase eagerly awaiting her debut EP. There’s a third single on the way later this month, so we have plenty to look forward to in 2022! Read on for a conversation with Ladybyrd, detailing her journey in music, discussing a love poetry, songwriting process and more.

Hi Ladybyrd, thanks for chatting with us. Let’s take it back to the beginning, do you remember when you first discovered your passion for singing?

Hey! Thanks for speaking with me. I don’t think I ever ‘discovered’ it – but it was something that I grew a passion for over time. I grew up in a musical household, so singing (no matter how badly) was an everyday thing. When I was about 7 or 8 years old I started to sing in small school concerts and I would usually pick songs from musicals. Around that time I remember being particularly proud of a performance singing Andrew Lloyd Webber’s ‘Whistle Down the Wind.’ Afterwards, my music teacher said I had a lovely voice, but that I sing through my nose too much. I didn’t really know what she meant at the time, but it made me determined to improve my singing!

Your songwriting is very poetic, do you write much poetry or is it mainly music?

I love poetry and lots of my songs, such as my first single ‘Too Close To Call’, start as poetic words on my notes app. However, I don’t think I’ve ever sat down to write a poem from start to finish, I’ll always have the intention of putting a melody to it. But now looking at my collections of lyric ideas in my notes it may be time to finish them and make them poems if they don’t turn into songs.

You recently had a great interview with BBC Music and you mentioned that you have 1000+ voicenotes with song ideas! How do you choose which ideas to develop further?

Good question! Sometimes something I’ve recorded will creep back into my mind and then I’ll trawl through the voicenotes to find it, and I know it’s good just by the fact I’ve remembered it after a while. And other times I’ll go through them and find something I started that I’m in the mood to continue… but it’s a bit of a lucky dip. I’m sure there are some gold ideas buried in the app. I really need to start labelling them!!

Being a newcomer to the music scene with two singles out so far, you’ve got an exciting journey ahead of you. Do you have any major goals for your singing career?

I am so excited about this journey and am loving it already. I just want as many people as possible to listen and find joy and comfort in my music. That is my main goal. Of course, awards and the like drive me too – I often look at the top artists and writers of today and use them as inspiration and motivation.

Your Bookshelf Series on TikTok creating songs inspired by your favourite books is such a unique idea. What made you want to do this, and will you be continuing the series?

The idea came from my friend Bea and I immediately loved it. I love reading and I love films so creating a bookshelf of song inspiration over time filled me with a lot of excitement! When I was filming some there were a few logistical issues with my location changing a lot, so I wasn’t around a bookshelf and a keyboard I could use all the time. This will change soon so I hope to continue…

Your latest song ‘Stolen Sunlight’ touches on some hard-hitting emotions, is this song written from personal experience?

Partly. I wrote the bridge years before I wrote the song after an argument with my sister (!) and then I drew inspiration from many relationships I’ve witnessed, or been in myself. So, there is not one specific experience it was based on, but instead a mixture of different breakdowns in both romantic or platonic relationships I’ve had or in others close to me.

Have you been performing live much this year? What’s been your favourite performance so far and why?

Yes, I’ve been doing lots of gigs throughout the year in many different places and pubs across London. More recently I headlined a gig in Dalston – and performing ‘Too Close To Call’ there was my favourite as people were singing along which was so nice.

What can we expect from your upcoming debut EP?

Well… If you think ‘Stolen Sunlight/ was sad… brace yourself! But don’t worry they are not all like that… in general, you can expect a mixed bag! The single from it is super fun, and it’s most of my friends and family’s favourite – so I can’t wait to release it.

What was the last book you read and last song you listened to?

The last book I read is ‘Why We Get the Wrong Politicians’ by Isabel Hardman and the last song I listened to is ‘This Is Not A Love Song’ by Wendy Rae Fowler!